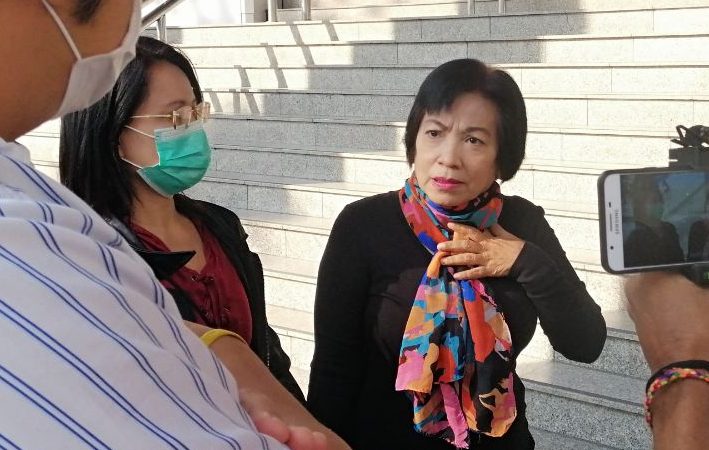 A 63-year-old Thai woman was sentenced to 87 years in prison for sharing audio clips deemed insulting to the monarchy. The prison term was reduced to 43 years and six months after the defendant pleaded guilty to the charge of violating section 112 of the Criminal Code or Lèse-majesté (anti-Royal Insult law). Despite the penalty adjustment, it is still the longest prison sentence handed out to a person convicted of disrespecting the monarchy.

The videos were sourced from an underground radio channel hosted by an activist named Hatsadin Uraipraiwan, aka Banpot. Anchan did not create the clips but merely shared them on social media between November 2014 to January 2015. She was detained for more than three years before she was allowed to post bail.

She was hoping for leniency from the court after pleading guilty to the charge, considering that she already served time in prison. Prior to her conviction on January 19, Anchan talked to iLaw, a non-profit organization, about what she was hoping from her trial:

My only hope is that the court has compassion for me. I was charged with 29 counts of violation of the law. I have been imprisoned for nearly 4 years. Even though all I did was share clips.

If I have to go back to prison, as a society, we have to ask, where is the standard of enforcing the law?

But the court decided otherwise:

Is sharing audio clips a crime worth 87 years of jail? In #Thailand the Court seems to think so as it sentenced Anchan, 63-year old woman to that punishment, claiming she violated 112. This is the longest, harshest & most cruel sentence EVER under #ม112 #ยกเลิก112 #saveอัญชัญ pic.twitter.com/Kf20j7e3Ye

Her appeal for bail was also denied the following day. The court cited the “trauma” caused by Anchan's actions in denying her bail request:

After the bail application of #Anchan, defendant in Art.112’s case imprisoned for 29 ys and 174 mos, was submitted to the Court of Appeal to adjudicate, today the court ruled to dismiss the application, citing serious offenses /causing trauma to those loyal to the Thai monarchy. pic.twitter.com/sv4csNX434

?Thai Appeal Court denied #bail for Anchan who’s been unfairly sentenced to 43 years in jail for #LeseMajeste ?
Is her entire life less important than feelings of royalists who claimed 2B traumatized? NO
❌ it’s CRUEL
❌ It violates #FreedomOfExpression#SaveAnchan #ยกเลิก112 pic.twitter.com/I5P9SekqrK

Anchan’s guilty verdict and the long prison sentence she received alarmed human rights groups in Thailand. It reflected the increasing use of Lèse-majesté law to silence critics of the military-backed government.

#Thailand anti-government protest leaders like @paritchi @mike_rayong @PanusayaS saying they're worried about 112/#Lesemajeste charges given how court just sentenced a woman on Tuesday to 87 years jail for insulting #monarchy. But adds they're now beyond being fearful #ยกเลิก112 pic.twitter.com/Fb6OrbOXm2

In 2020, massive protests mobilized young Thais who demanded the restoration of democracy, including the need to reform the monarchy. The government used emergency decree measures and the Lèse-majesté law to threaten activists with arrest if they continue to organize protests during the pandemic.

As of January 19, at least 54 people have been charged or summoned by the police to hear Lèse-majesté charges within the last few weeks.

Recently, a Lèse-majesté complaint was filed against an opposition leader for questioning the government’s COVID-19 vaccination program. Allegedly, a company involved in the planned distribution of vaccines is funded by the monarchy.

Several students, activists, and protest leaders were arrested by the police this month in connection to Lèse-majesté charges.

Although her sentence was reduced to 43 years, it’s still too harsh & unnecessary cruel. Should a defamation case land someone several decades in jail? It's time for us to talk about #ม112 & urging for it to be repealed!

When a law ceases to become just in the eyes of enough people, it loses its efficacy. It draws more criticism and not just against the law, but the government and the monarchy as well.

At that point, the use of an unjust law will in fact become counter-productive. (I think it’s already the case.)

This tweet by a BBC journalist sums up the reaction of many observers of Thai politics:

This sums up the madness of lese majeste, and the warped reasoning it produces. How many royalists were ‘traumatized’ by the podcasts this lady posted? How many even heard them? Does the judge know? Any why ‘traumatized’ simply by critical comments about the monarchy? https://t.co/Rc9jTXcL0V

Anchan is awaiting the result of her appeal.