An even darker future seems to be in store. 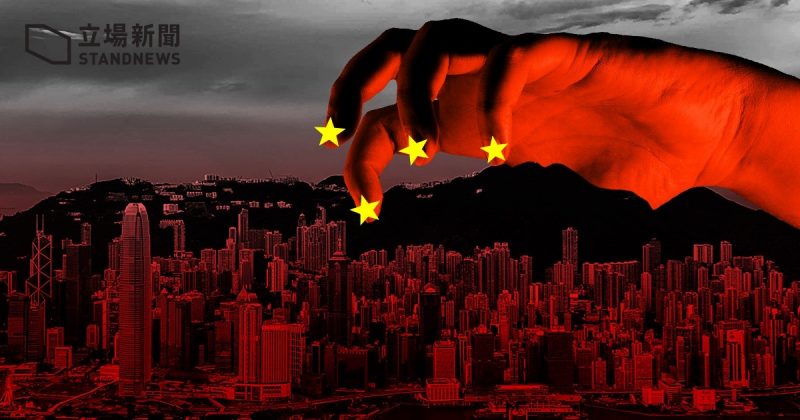 The recent mass arrest of pro-democracy activists and politicians in Hong Kong for participating in primary elections has sent shockwaves through a city for which the bad news just keeps on coming.

Here are six developments expected to happen this year.

Authorities have begun targeting people outside the core of the pro-democracy movement, such as those who have provided support to anti-government groups or networks.

On January 14, 11 people were arrested for allegedly helping 12 others to flee to Taiwan by speedboat in August 2020. The escape attempt was intercepted by the Chinese coast guard, who arrested and charged all 12 with illegal border crossing. A trial in mainland China in December convicted 10 of them to prison sentences varying between 3 and 7 years, while two minors who were in the group were sent back to Hong Kong.

Political scientist Simon Shen argues that, since it's now obvious that Beijing sees any advocacy for democracy or independence as subversive, the natural next step is to criminalize them:

Any concrete or virtual organization, any individual who advocates for democracy, any professional group (lawyers, accountants, social workers, or even medical workers) which provides support to the movement, any information sharing platform (media outlets, online media, online forum and etc.) would become crackdown targets. They have to turn the mainstream Hong Kong society up-side-down in order to complete the second reunification project.

When a nest has turned upside down, all the eggs would be broken. Getting arrested is a matter of time.

On January 14, local internet provider Hong Kong Broadband Network confirmed to The Stand News that it received a request from the Hong Kong police to take down the foreign-hosted website hkchronicles.com.

The ISP complied and blocked access to the website, which gathers lists of pro-democracy businesses as well as stories and footage of police violence during the 2019 pro-democracy protests. The website also publishes personal information of police officers involved in violent acts.

During the 2019 anti-extradition protests, Hong Kong's secretary of justice filed an injunction request to the High Court prohibiting anyone from posting or re-posting “information that promotes violence,” including on the internet forum LIHKG and the message application Telegram. Eventually, the police did not pursue the blocking of the sites.

Now, however, the national security law has provided the legal infrastructure for the authorities to block sites that are hosted overseas, and it is anticipated that the government will amply use that power.

Hong Kong’s common law judicial system has become the last institution to safeguard citizens from arbitrary arrests under the national security law. But judicial independence is under fire as pro-Beijing lawmaker Tam Yiu-chung, who serves at the standing committee of the National People's Congress, is pressing for a legal reform that would redefine the meaning of judicial independence.

On a recent op-ed published in Bauhinia Magazine, a publication affiliated to the Beijing Liaison Office in Hong Kong, Tam said:

A situation in which the judiciary is supervised, as envisioned by Tam, has partly been made reality by the National Security Law, which gives the Chief Executive prerogative to appoint the judges who will handle related cases.

On January 12, Reuters ran a story quoting an anonymous source from Beijing saying that Hong Kong's electoral system could face reforms soon to reduce the participation of pro-democracy parties in future elections.

Lau Siu-kai, who's the vice-president of the Chinese Association of Hong Kong and Macau Studies, a top think-tank in Hong Kong, anticipates that to make sure only “patriots who love Hong Kong” run in elections, an authority would be set up to vet candidates secretly. He also says that in the long-run Beijing might bar Hong Kong residents who are not Chinese nationals from voting.

Under the national security law, the police isn't required to obtain court permission to intercept citizens’ communications as determined by the Interception of Communications and Surveillance Ordinance. Hong Kong's pro-democracy camp worries that the police will wiretap them for the purposes of political screening.

Pro-Beijing politicians are urging the police to probe crowdfunding activities aiming at supporting protesters and the pro-democracy movement at large.

According to a story by Inmediahk, a local citizen media outlet, pro-Beijing lawmaker Elizabeth Quat has requested the government's Secretary for Security John Lee to proactively investigate those sites. Fellow party-member Holden Chow Ho-ding has also pointed fingers at 612 Humanitarian Fund for providing financial support for people arrested, injured or threatened with violence during the anti-extradition protests.

The police has the power to freeze assets during investigations under the national security law. Hence, even if eventually the police does not press charges against the suspected funds or NGOs, they could have to cease operations while being probed.

Pro-Beijing politicians have long advocated for legislation against disinformation. Currently, the government is examining “loopholes” in the city’s laws that would prevent the spread of hoaxes.

Secretary for Home Affairs Caspar Tsui has recently stressed that the protection of national security and public order will be taken into consideration in any new legislation:

The exercise by anyone of the right to freedom of expression carries with it special duties and responsibilities, and may therefore be subject to certain restrictions as provided by law as necessary for respect of the rights or reputations of others, or the protection of national security or of public order, or of public health or morals.

The chair of the Hong Kong Journalists Association, Chris Yeung has criticized the proposal:

You can look at many places, such as Singapore. Unless Hong Kong wants to be like Singapore, it’s obvious that some so-called anti-misinformation laws are basically used to clamp down on freedom of speech and press freedom, turning it into political oppression.

Singapore has empowered the government to determine what constitutes misinformation in its law against fake news. Offenders could be jailed for up to 10 years.