The Caribbean Community stands with Guyana in Venezuela border dispute

'CARICOM firmly repudiates any acts of aggression by Venezuela against Guyana' 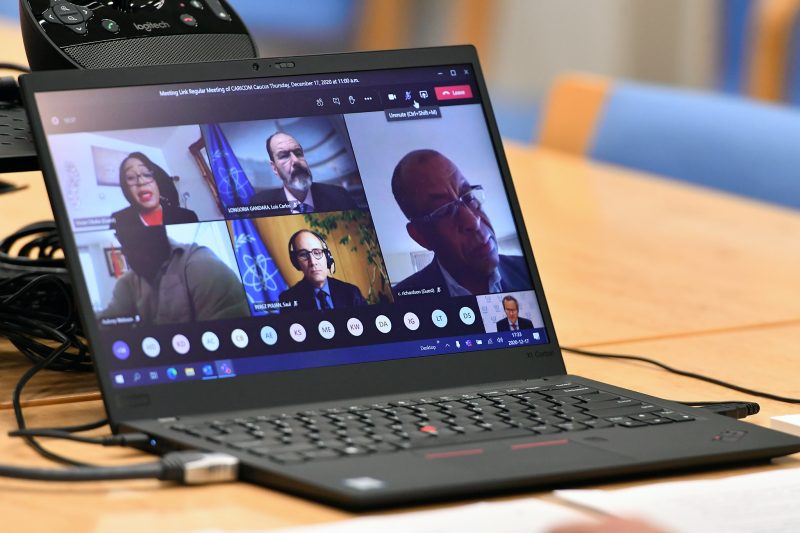 The Caribbean Community (CARICOM) has placed itself firmly on the side of Guyana when it comes to Venezuela's territorial dispute with the smaller South American nation.

In a virtual meeting on January 12 led by Keith Rowley, the prime minister of Trinidad and Tobago and current chair of CARICOM, Caribbean leaders put their support behind Guyana, the CARICOM member state in which energy company ExxonMobil began oil exploration in 2008.

Despite the December 18, 2020 International Court of Justice (ICJ) ruling that it has jurisdiction in the centuries-old border dispute, Venezuelan president Nicolás Maduro has said that he would “reconquer” the Essequibo province, which he believes rightfully belongs to his country. 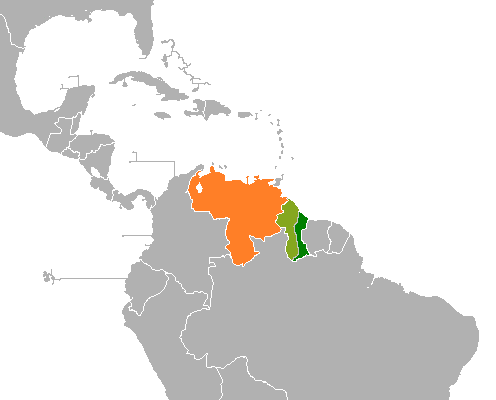 Map showing locations of both Guyana and Venezuela. Light green is the disputed Guayana Esequiba; Venezuela is shown in orange. Image by Aquintero82, own work, CC BY-SA 4.0, Wikimedia Commons.

However, the 1966 Geneva Agreement, signed by both countries, was a solid attempt to agree to peacefully resolve the impasse, which stemmed from Venezuela's claim that the Arbitral Award of 1899 was unfairly drawn up in Guyana's favour (as it was a British colony at the time), rendering it null and void.

As far back at the 1980s, Venezuela has been angling for direct negotiation with Guyana which, for its part, has preferred to go through an international arbiter.

In 2013, there appeared to be some measure of progress, as both countries agreed that Jamaican academic, Professor Norman Girvan, should act as the United Nations (UN) good officer in the matter. The UN employs this mediation approach as a diplomatic method of dispute resolution. Professor Girvan passed away in 2014.

More recently, Venezuela has rejected the ICJ's involvement in the matter and President Maduro appears to be using the issue as a means of rallying public support for his administration in the face of the country's ever-worsening socioeconomic crisis.

It remains to be seen whether CARICOM being in Guyana's corner will in any way change Maduro's approach. Among other things, the Caribbean Community said it was concerned about “the decree and subsequent statements by Venezuela with respect to that country’s border controversy with Guyana,” and that it was in support of the ICJ's judicial process:

CARICOM reiterates in the strongest possible terms its firm and unswerving support for the maintenance and preservation of the sovereignty and territorial integrity of Guyana. CARICOM firmly repudiates any acts of aggression by Venezuela against Guyana.

Meanwhile, Irfaan Ali, the president of Guyana, who called Maduro's comments “deeply disturbing,” has made it clear that any attempt by Venezuela to “unilaterally” reset boundaries would not pass muster–either legally or in the eyes of the international community:

I remind that sovereignty over this coast, and the land territory to which it is attached, were awarded to Guyana (then British Guiana) in the 1899 Arbitral Award, whose validity and legally binding character Guyana is confident the International Court of Justice (ICJ) will uphold unequivocally.

Regrettably, by decreeing that the seas adjacent to this territory belong to Venezuela, at least two fundamental principles of international law have been violated.

The second violation […] is based on the fact that, under well-established rules of international law, there is a fundamental principle that “the land dominates the sea”. […]

Since Guyana is sovereign over the coast west of the Essequibo River, as far as Punta Playa, it follows, consequently, that only Guyana can enjoy sovereignty and exclusive sovereign rights over the adjacent sea and seabed.

That seabed is the location of ExxonMobil's expansive Liza oil field, which has the potential to produce approximately 120,000 barrels of oil per day and with it, completely transform the economic prospects of whichever country has rights to it.

That issue of sovereignty is the crux of the matter that is before the International Court of Justice, and Guyana is confident the court will rule in its favour. The question remains: Will Venezuela accept its decision?

Antigua and Barbuda  18 hours ago