The awakening of the ‘bicentennial generation’ in Peru

Young people were the ones mobilising against government corruption 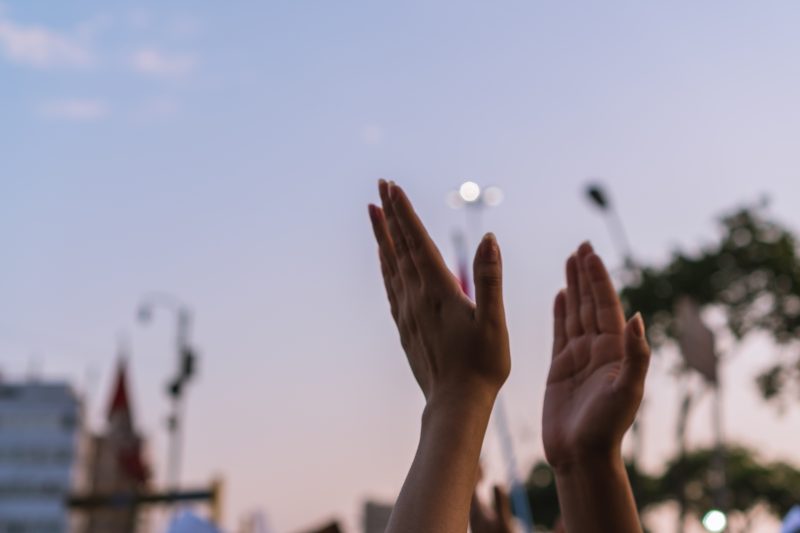 November 9, 2020, marked the beginning of the most important week of the last 20 years for our country. That day, the Peruvian Congress, after a brief discussion attempting to justify its actions in the fight against corruption, decided to remove the President of the Republic, Martín Vizcarra. The objective of this action, fueled by members of Congress who were subjects of their own criminal investigations, was to control the main powers of the State: the Executive and the Legislature, in order to oppose reforms or support measures that favoured their own interests. It was also a time when young people spoke for the entire country by coming out in the streets in protest.

Presidential removal due to moral incapacity, which is regulated in Article 113 of the Peruvian Constitution, is a control mechanism given to parliament and designed to protect the office of the president, ensuring the “moral” suitability of the person who holds the position. However, especially now, its content is the subject of debate because its scope is not clear. Furthermore, its indiscriminate and arbitrary use can create a covert coup d'état, according to the constitutionalist César Landa.

It is important to point out that, although “moral incapacity” is an indeterminate concept, its use must be limited to the margins laid out in the Constitution itself. Thus, in addition to the formal requirements set out in Article 89-A of the Congressional Regulations, which develops Article 113 of the Constitution, it is necessary to respect and safeguard the right to due process, as well as the rationality, proportionality, and logic of the decision.

What took place on November 9 did not satisfy these requirements. While it is true that Vizcarra was being investigated for acts of corruption during the time he was Regional Governor of the Department of Moquegua, evidence was still being collected to determine whether there was a future case against him. Press reports on the case were used to remove the president without substantiating information or an investigation by parliament, in a process by which votes were decided before his defence was even heard.

Furthermore, the social context during which he was removed was not ideal. Peru has been one of the countries most affected by COVID-19, both in terms of health and economy. This political crisis was added on top of the collapse of hospitals and further impoverishment of citizens, as a result of ongoing confrontations between the Executive and the Legislature in this case, and the country was on the verge of new presidential and parliamentary elections. Therefore, with such a short period of time—eight months—until the new representatives took up these positions, some citizens felt that the ideal scenario would have been for Vizcarra to be allowed to end his term while under investigation by the Public Prosecutor's Office. In fact, a 2020 survey conducted by the Peruvian Research Insitute (IEP) showed that 95 per cent of respondents agreed with this position and only 4 per cent were in favour of removal.

If this were the case, the motive for lawmakers to act as they did was therefore to remove Vizcarra to approve measures that benefitted them. The government represented an obstacle to the adoption of controversial regulations that, in most cases, had been compiled by technical bodies of the Executive. For example, the day after the launch, a bill was introduced that threatened the Amazon by promoting the expansion of artisanal mining and another bill, in which the acquisition of environmental certification became more flexible. Also, in the following days, the Education Committee planned to present a bill proposing the abolition or amendment of secondary and higher education. Using the excuse of the educational emergency caused by the COVID-19 pandemic, they sought to approve a permanent policy that would disrupt teaching and educational reform, thereby jeopardising all current procedures aimed at ensuring the quality of basic and higher education. The quality of the country's education system was most at risk. These bills have not been debated yet and are still in Congress.

All of these acts, starting with the approval of Vizcarra's removal, caused outrage among thousands of Peruvians, mainly teenagers and young people who organised and mobilised mass protests during November 9–17 in defense of democracy and the main state reforms (educational, political and judicial). These demonstrations, despite being peaceful, were violently suppressed by the Peruvian National Police on November 14 resulting in the killing of two young people, Inti Sotelo Camargo and Jack Brian Pintado Sánchez, leaving many others seriously injured. In addition to the poor decisions made by Congress, an authoritarian government emerged, but only lasted six days thanks to the street demonstrations. Yet the short-lived government left deep wounds.

Finally, the incidents sparked a feeling of exhaustion among the political class confronted by teenagers and young people. The “bicentennial generation,” a term coined by the Peruvian sociologist Noelia Chávez, took to the streets to defend their country and those who had been witnesses to constant acts of corruption by public officials. This generation saw how politicians fight over the country as if it was booty. This generation has also noticed the increasing inequality and how justice is elusive. Young people are not indifferent to what is happening. They just want a better country and to achieve that they are using new language and new spaces like Instagram or Tik Tok to share information, organise, and express their concerns.

Do not be alarmed if there is talk of a new Constitution. There is a much-needed debate because the composition of the society and the social context is different from what it was in 1993, when the present constitution was enacted. Reforms may be needed, and perhaps a new social pact, but first, we must listen to and respect one another, and clarify what will lead us to this new stage. We will celebrate 200 years of independence on July 28 this year, and we are still not sure who we are. Maybe it's time to build a new future that includes everyone.