The chef is introducing traditional Nepali food to the world 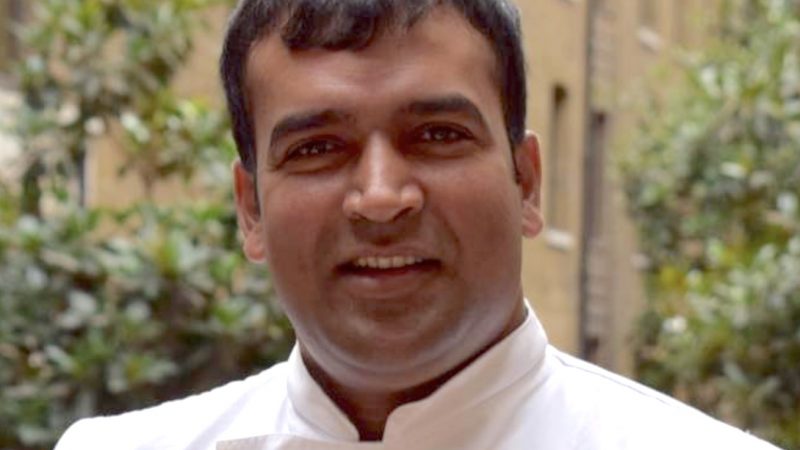 After finishing in second place in the 2020 edition of BBC's “MasterChef: The Professionals,” London-based Nepali chef Santosh Shah became a household name both in UK and Nepal. During the run-up to the finals, the 35-year-old chef presented before the judges a variety of dishes that are little-known outside Nepal.

Born and raised in Karjanha, Siraha District of Nepal’s southern plains, Santosh toiled up a hill to reach where he is today. After failing his school-leaving exams, he moved to India to work as a dishwasher at a five-star hotel. There, he rose through ranks to become a cook.

In an interview with Nepali Times, Santosh says he took a risk when he moved to London in 2010, but it paid off as he began working with renowned chefs. At the time he entered the MasterChef competition, he had been experimenting with Nepali food for two years in restaurants in the British capital. The judges appreciated the food items he prepared and presented, such as kodo (millet) pudding, amot (mango leather), crispy stuffed okra, yomari, chicken chilli, and crab curry.

By presenting Nepali cuisine to the world, from the tubular papadum (fofi) from the terai to yomari, Chef Santosh Shah from Karjanha Village in Siraha has reached the finals. Best wishes, brother. Shine the name of Nepal like this only.

Global Voices chatted with Chef Santosh Shah on WhatsApp to know about Nepali food he loves and would like to promote.

“I love biriya (a delicacy from the Terai region),” he said. “Biriya cooked with newly harvested potatoes are my best.” Biriya is made of grass peas, mustard greens or broadleaf mustard leaves wrapped in black gram paste and dried on the sun. They are then stored to be cooked in the rainy season when green vegetables are scarce.

Another dish Santosh would like to promote is Airkanchan, which is also popular in Bihar, Jharkhand and other Indian states. Taro leaves, pasted together with rice flour or gram flour paste and cut into small cutlets, are fried in mustard oil and then dipped in a gravy of curd and spices – it’s hot, salty and sour!

A post shared by MAGIC OF MADHESH (MOM) (@magicofmadhesh)

Check out Santosh’s Instagram for more delicious food from Nepal: