Singapore livestreams Parliament session for the first time but prohibits use for ‘satire, ridicule, or denigration’

The videos also cannot be used to promote 'anti-social behavior' 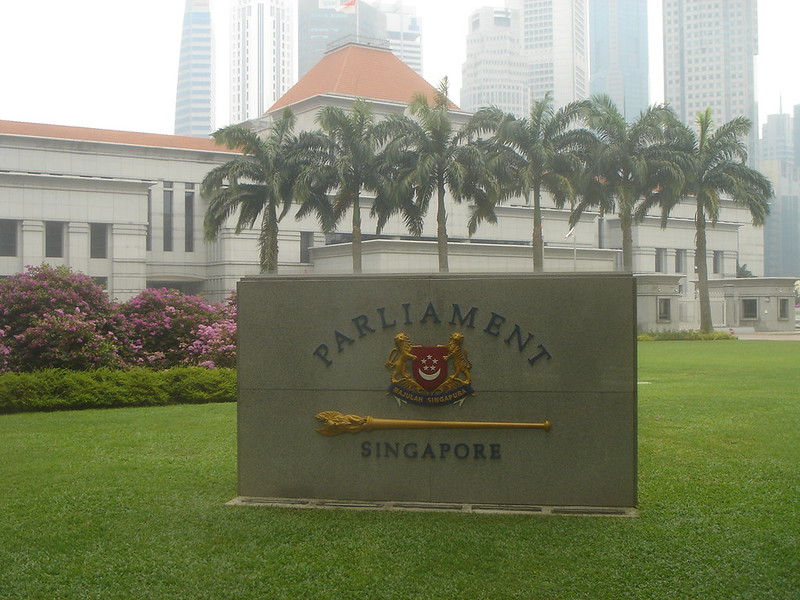 For the first time, Singapore livestreamed its Parliament session on January 4. On the same day, the Ministry of Communications and Information (MCI) released terms and conditions for accessing the livestream video, which included a prohibition against using the content for “satire, ridicule, or denigration.”

Singapore’s Parliament is headed by the People's Action Party which has ruled the country since the 1950s. There have been previous proposals to livestream the Parliament sessions but these were all rejected by authorities. In 2020, former Leader of the House Grace Fu explained her opposition to live broadcasting proceedings of the Parliament:

The debate in Parliament should be vigorous, but the tone should be sober. Members have to come to grips with the issues and their complexities, and avoid playing to the gallery and striking poses for histrionic effect.

The Today news website published a reaction by one of its readers, Chirag Agarwal, who reiterates the value of allowing citizens to watch real-time Parliament sessions:

Ordinary citizens should get a chance to observe live the process of governing and legislating. We should be able to watch in its entirety the humdrum business of Parliament, sparks flying during question time, or a parliamentarian making an impassioned speech.

History is often made, especially during a crisis, in institutions such as Parliament. It would be a pity if Singaporeans could not witness these moments live.

Ghui, a writer for The Online Citizen news website, added that allowing sessions to be streamed live will enhance transparency:

Clips are subject to editing and can be taken out of context. It may not provide the full flavour of a particular discussion that live streaming will.

Things taken out of context can be misrepresented and cause unnecessary confusion. Doesn’t the government want people to see the full picture as opposed to just the parts edited to fit into short video clips that shows the ministers in good light while the opposition MPs in questionable performance?

In September 2020, the government finally agreed “in principle” to livestream the Parliament sessions.

On January 4, the MCI released a statement about the historic decision to allow the real-time broadcasting of the Parliament sessions on YouTube:

As we speak, this sitting is being streamed real-time on MCI’s YouTube channel, which is accessible to all.

…the Government has agreed to this in view of the global and technological trends which have made online streaming more feasible, and enabled legislatures around the world to live-stream their proceedings.

The MCI statement carried a reminder to Parliament members “to preserve the integrity and dignity” of the institution during live debates:

…we must preserve the integrity and dignity of Parliament as a forum for serious debate on national issues.

…the responsibility rests with all Members of this House, present and future, who must continue to uphold the highest standards of conduct and decorum, as we engage in the cut and thrust of parliamentary debate.

On the same day, the MCI published its terms and conditions for the use of the livestream video. It defined use as “making still images (e.g., screenshots), audio recordings, or video clips (e.g. short videos or animated Graphics Interchange Format (.GIF).”

It restricted the use of content “for personal use; for internal use within an organisation; for research, analysis and study; or for fair and accurate reporting of Parliamentary proceedings.”

It also included the following conditions:

…Any use of the Materials shall respect and maintain the dignity of the Republic of Singapore, the Parliament of Singapore, and any Members of Parliament (whether past or present), and in particular, they shall not be used for the purposes of satire, ridicule, or denigration;

The Materials shall not be used for any commercial purpose or financial gain, including use as part of or alongside advertisements and promotions, or in providing commercial products and services;

…The Materials shall not be used in any context that promotes, encourages, or facilitates illegal activity or anti-social behaviour, or that communicates falsehoods and misinformation;

…The Materials shall not be used in any context that promotes or fosters feelings of enmity, hatred, ill-will or intolerance between groups of persons, including on the grounds of race, religion, descent, place of birth, office, profession, or trade.

The MCI will determine “in its sole and absolute discretion” whether an internet user has breached the terms of the livestream session.

It remains to be seen how MCI will enforce the terms but the Singapore government has a reputation and record of criminalizing online criticism. In this case, MCI alone will determine whether the use of the livestream material constitutes satire, ridicule, denigration, or whether it promotes “anti-social behavior”.

Reactions on Twitter highlighted the role of activists and concerned citizens in sustaining the clamor for the livestreaming of Parliament sessions.

Reminder that this development was made possible because activists, opposition politicians, and the great mass of dissenting S'poreans had pressured the government to do so.

It was only months ago that regime officials argued that live-streaming threatened transparency. https://t.co/IYcZdYH364 pic.twitter.com/FymCS9O7b9

Today #Singapore finally gets a livestream of Parliament. For years the ruling party has said it was not advisable, would not ensure transparency, would lead to parliamentarians grandstanding etc. Attempts to advocate for it were also seen as potential public order violations: https://t.co/G9yL7hRjIV

our gov agreed to livestream parliament for the first time ever.

just to make sure we didn’t think we were gonna be free anytime soon, they included a reminder that satire is illegal.

This is a mistake. It will undoubtedly be hailed as a step in the direction of ‘transparency’. But the real effect will not be genuine transparency.

The immediate effect will be to promote playing to the gallery which the opposition, having no responsibility for governance, can do better than the government and in any case, it is my impression that opposition MPs generally have better histrionic skills than government MPs.

The livestreamed videos will be accessible on MCI’s YouTube channel for six months.