Many believe China will 'keep the island but not the people' 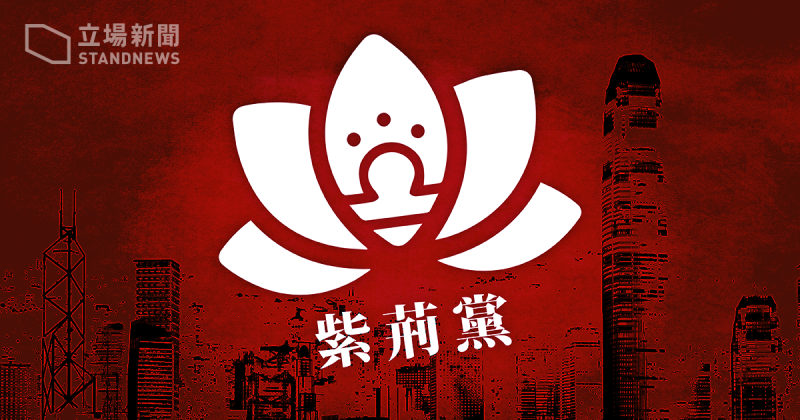 The logo of the Bauhinia Party. Image from the Stand News, used with permission.

The blueprint for a new pro-establishment political party in Hong Kong has been circulating in Beijing since November and its appearance has triggered much speculation in the troubled city.

The new political group, the Bauhinia Party, was established by a group of businessmen with mainland Chinese backgrounds. The news of its creation traveled from Beijing to Hong Kong when one of the party's co-founders, Li Shan, presented the party’s vision at an event at Beijing's Tsinghua University last month.

According to Li, the three co-founders, Chen Jian Wen, Charles Wong and Li Shan, decided to set up the new party in March in response to the political turbulence in Hong Kong. They see Hong Kong’s opposition as the result of a weak government and believe they could potentially win enough seats to veto the government budget in the Legislative Council (Legco). To sideline the opposition, the new party advocates for a new political system composed of a politically appointed upper house over the Legislative Council.

As for social policy, the new party supports large scale land reclamation and privatization of public housing to address the people’s economic woes.

In November 2019, after months of protests, the democratic camp had managed to win a majority of seats in the district council elections. If the Legislative Council had not been deferred by Beijing, the democrats could have become the majority in both the Legco and the election committee of the Chief Executive. Beijing was shocked by the election results and began to lose trust in the local pro-establishment camp.

Currently, all pro-Beijing and pro-establishment political parties in Hong Kong have strong local connections to business, professional and non-governmental sectors. The leaders of the Bauhinia Party, however, are mainland China-born elites who migrated to Hong Kong in the 1980s as China prepared to unify with the former colony of the United Kingdom. The latecomers are generally referred to as the New Hongkongers by local media outlets.

The Bauhinia Party has 20 members but it has the ambition of recruiting 250,000 members for its future election campaigns, according to a report from the South China Morning Post. Such a membership base will be much larger than the biggest pro-Beijing political party, the Democratic Alliance for the Betterment and Progress of Hong Kong, which only has about 43,000 members.

Charles Wong, another co-founder of the new party told SCMP in an exclusive interview that the mission of the party is to unite Hong Kong and he blamed Hong Kong Chief Executive Carrie Lam for the 2019 unrest and the pro-establishment camp for their “weak” governance of the city.

Many Hongkongers see the ambition of the newcomer party as a sign of Beijing's hawkish policy to take over Hong Kong by “keeping the island but not the people”—a conspiracy theory which began circulating on both mainland and Hong Kong online media after the district council elections of November 2019. The theory has attracted more and more followers after the enactment of the national security law, as a large number of activists were arrested and jailed, the pro-Beijing camp had started to purge the education sector and government civil servants were forced to take loyalty pledges. As a result, a large number of Hongkongers decided to migrate.

The new pro-establishment party is, therefore, viewed as another sign of the existence of a complete takeover policy by Beijing. This time, the target is, however, not directed at the opposition and dissidents but the existing ruling elites, as Simon Shen, a political scientist and columnist, suggested with a “blood transplant” metaphor to describe the reshuffling of the city’s leadership by replacing the old loyalists with new ones:

[#Patreon Breaking] Hong Kong is having a blood transplant at full speed. The latest move is the establishment of a new political party composed of “New Hongkongers.” The key persons graduated from Peking University and Tsinghua University. They had already obtained full Hong Kong citizenship. The background of their members would be those who settled in Hong Kong through the elites migration plan or student visa. They would work for corporate companies with mainland Chinese backgrounds and advocate policies that served the interest of the mainland Chinese Diaspora.

Joseph Wong, former Secretary for the Civil Service of the Hong Kong government also believed that the party would challenge the leadership of local pro-establishment parties:

The personal traits of the group of mainland Chinese Diaspora including their education background, language skills, social capital, international horizons and career achievements are far more outstanding than representatives of the current pro-establishment camp. In the past 23 years after the handover of Hong Kong to China, under the daily 150 one-way visa and Quality Migrant Admission Scheme, tens of thousands of new Hongkongers with mainland backgrounds have settled in Hong Kong. Once the political environment changed, they could become Bauhinia Party’s supporters and change their voting habits. As for Beijing, after it has eradicated the democrats, the emergence of a new patriotic force in local elections could provide a counter-balance to the local pro-establishment force…

Veteran journalist Ching Cheong has a more elaborate analysis of the new party. He wrote in the Citizen News that since the outbreak of the anti-China extradition protests in Hong Kong, the Chinese Communist Party (CCP) had started applying its experience during the Chinese Civil War against the Kuomingtang:

In my opinion, it is a “people’s organization” led by the Hong Kong branch of the CCP. The aim is to prepare for the taking over of Hong Kong’s governmental organizations including the administration, the Legislative Council, the judiciary and the district council, as well as non-governmental institutions, such as statutory bodies, the Jockey Club and universities’ governing committees etc. In the CCP history, whenever they had planned to “liberate” a city, they would establish a massive number of “people’s organizations” to prepare for the People’s Liberation Army’s takeover.

The local pro-establishment camp is worried:

Interesting thing to note: some from the HK pro-establishment camp went to Beijing's liaison office to seek clarifications. And Charles Wong, one of the co-founders of Bauhinia Party, learned about their worry from the liaison office and is now assuaging their fear of a purge.

On the other hand, in the eyes of Hong Kong's pro-democracy camp, the Bauhinia Party is viewed as another rubber stamp for Beijing: