Will poetry be enough to get Czechs to embrace anti COVID-19 vaccination? 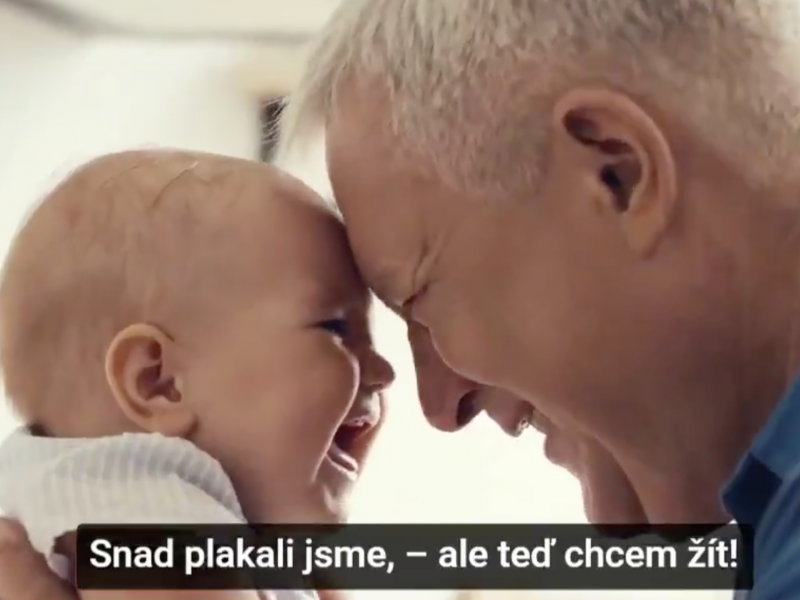 Screenshot from Twitter video posted by the Office of the Czech Government to encourage Czechs to get vaccinated. The text is from a poem used for the campaign and says, “Perhaps we cried, — but now we want to live!”

As anti-COVID-19 vaccination becomes accessible in the European Union, the Czech government has launched a new communication campaign aimed at overcoming the fear of or suspicion about vaccination. And this time, the inspiration for the campaign has found its source in an unlikely place for public health public announcements: poetry.

On December 27, the Twitter account of the Office of the Czech Government released a message with a 30-second-long video that can be seen here:

The first vaccine doses have arrived in the Czech Republic and we are beginning to vaccinate medical staff and older people. Vaccination is the most effective way to stop the pandemic on the long term, and to go back to our previous lives.

The various images portraying typical scenes from human and social life are combined in the video with the reading of a poem by Jiří Wolker, a Czech writer from the early 20th century of the proletarian school of poetry.

A timid morning breathed in our faces
as a dream of open forests, meadows and distant mountains.
A strange faith made everything fall silent in our souls,
even the bleeding pain and the heavy defiance.

Happy and quiet we browse barefoot
On the cooling grass, the meadow in the forest
The young short grass glistens with tears of morning dew.
Perhaps we cried, — but now we want to live!

Yet, the last third of the original poem has been replaced in the video by a pro-vaccination slogan stating “A budeme. Tak jako dřív! Díky očkování” which translates as “And we shall [live]. Just as before! Thanks to vaccination.”

The video got 20,000 views in less than two days and was widely commented on in all the main newspapers and news websites. The main question is whether this will be enough to convince Czechs, who according to recent polls are massively—up to two-thirds of a population of 10 million—against vaccination. While in March of 2020, the Czech Republic was often mentioned as one of the few countries that manage to curb the pandemic, by the fall it became the country with the second highest rate in the world.

Will poetry, then, be enough to change the tide and reverse the still very high rates of infection?