'We are not against anyone, but we are against exclusion' 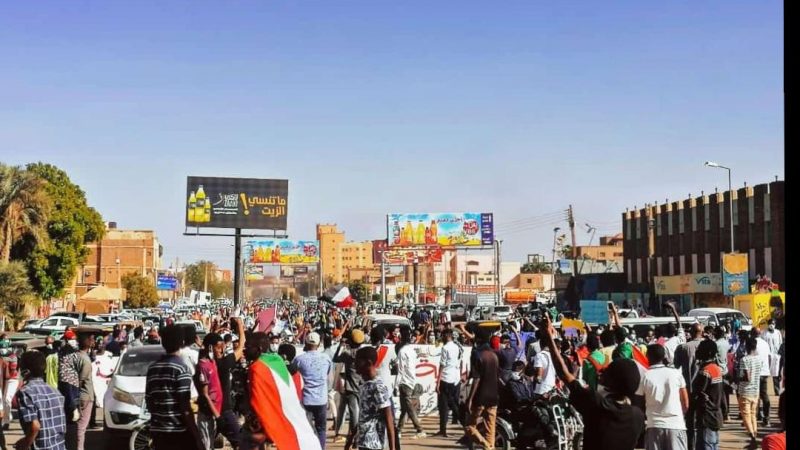 On the 2nd anniversary of revolution in Sudan, demonstrators demand more rapid change from the transitional government. Photo taken in Khartoum, Sudan, December 19, 2020, by Mohammed Abdelmonim Hashim, used with permission.

December 19 marked the second anniversary of the Sudanese revolution, when protests first erupted in the city of Atbara, and spread throughout the country with demands for freedom, peace and justice — and the end to the 30-year rule of Omar al-Bashir. Bashir was eventually deposed on April 11, 2019, after months of deadly demonstrations and protests.

Under the Bashir regime, Sudanese citizens experienced war, poverty, economic sieges and sanctions. Bashir's actions landed Sudan on the US terrorism list, making it difficult to conduct business or diplomacy around the world.

This year, Sudanese citizens in Khartoum, the capital, braved the threat of the coronavirus to demonstrate and demand more rapid change. While citizens have celebrated many milestones and achievements of the transitional government over the last two years, citizens still lack basic needs such as health care and medication.

The US State Department announced the removal of Sudan's name from the list of countries sponsoring terrorism — an achievement floating in a sea of ​​other major tasks of the transitional government, such as restructuring the economy and establishing long-term peace in northern Darfur.

The peaceful marchers gathered at the Republican Palace and in front of the Parliament building. Some tried to hold a sit-in in front of Parliament to expedite the formation of the Transitional Legislative Council, and another in front of the palace, to demand the bringing down of the government. 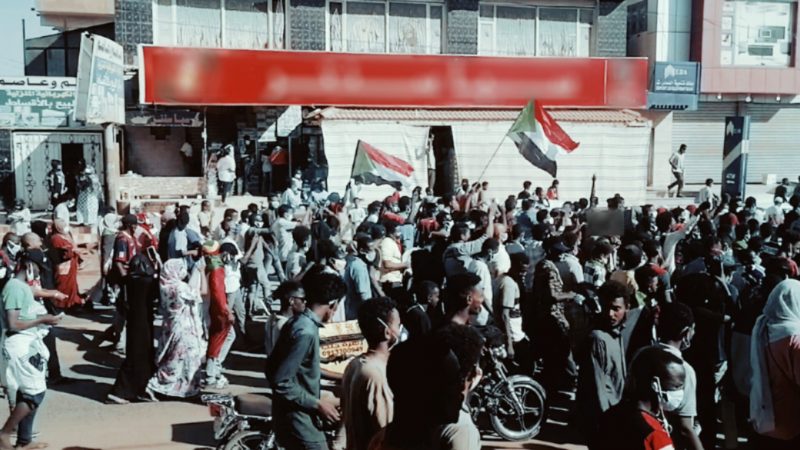 On the 2nd anniversary of revolution in Sudan, marchers demonstrate and demand changes from the transitional government. Photo taken on December 19, 2020, in Khartoum, Sudan, by Mohammed Abdelmonim Hashim, used with permission.

However, police dispersed the protesters with tear gas and sound bombs, with only one reported injury by an individual who allegedly tried to grab a sound bomb to return it to the police and it exploded in his hand, severing it.

There were many reported cases of suffocation with tear gas, according to a report of the Sudanese Doctors Central Committee.

Hussam Abu-Alfath, a member of the Sudanese Congress party, uploaded this photo without any comment which circulated on Sudanese social media showing cooperation between police and protesters — a hopeful symbol of a new Sudan.

Some marchers denounced Prime Minister Abdalla Hamdock's travel to Djibouti on the anniversary of the revolution that brought him into power, but others claim he traveled on important business. He is presiding over the IGAD summit at a time when the East African region is witnessing instability and imminent crises.

Later, Hamdok commented on the anniversary of the revolution, tweeting:

I salute the great Sudanese people on the occasion of the second anniversary of the glorious December revolution, wishing prosperity to the homeland and eternity for the martyrs, the return of the missing, and the fulfillment of the aspirations of our daughters and sons and in the fullness of freedom, peace and justice, slogans that flowed from behind them blood and spent their lives and joy for it.

Our supporters are on the front lines to support peace and maintain the peaceful of the nineteenth of December march. We are not against anyone, but we are against exclusion.