After years of protests, the Islamabad Zoo will convert into an animal sanctuary

A happy ending for 2020, a year when Pakistanis debated animal abuse like never before 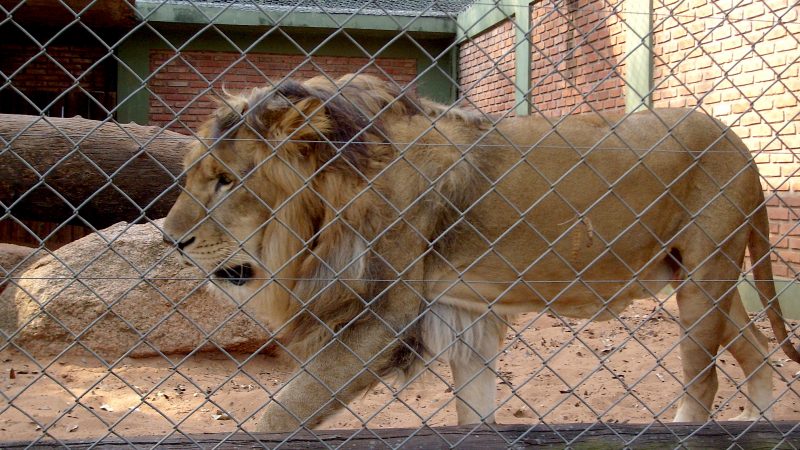 Lion at a Zoo. Image via Wikipedia by Carlosar. CC BY-SA 3.0

The Islamabad Zoo, long a source of complaints from Pakistani animal activists, is officially closing down and converting into an animal conservation centre, city officials announced on December 8.

In May, the Islamabad High Court ordered all of its 878 animals to be relocated to conservation centres. The court also ordered that the zoo's management be handed over from the Islamabad Metropolitan Corporation (IMC) to Islamabad Wildlife Management Board (IWMB), on whose recommendation the Ministry of Climate Change decided to convert the 82-acre space into a wildlife conservation centre.

Among the animals relocated is Kavaan, who in 2012, after the death of his partner, became known around the world as “the world's loneliest elephant.”

The zoo has been closed to the public since April due to COVID-19 restrictions.

Rina Saeed Khan, a climate activist and a non-official member of the IWMB, tweeted:

IWMB resolution on future of Islamabad Zoo passed yesterday at our board meeting! Look forward to being part of this exciting new beginning for Margalla Wildlife Conservation Centre! pic.twitter.com/3lK50nGCI6

Animal abuse dominated the conversation in Pakistan in 2020.

In July, two lions died of suffocation in the Islamabad Zoo after caretakers lit a fire inside the cage in order to force them to come out. Videos of the ordeal circulated on social media, causing widespread outrage.

In August, concerned citizens in Peshawar filed a joint petition to the city's High Court complaining of the treatment Peshawar Zoo dispensed to its animals. The petition claimed 18 animals had died in the zoo during the previous nine months.

In October, civil society organizations sued the Karachi Zoo after a viral video showed a Syrian brown bear with signs of exhaustion and thirst.

At 9am on a Sunday in the winter of 2018, I happened to see elephants in chains inside the Karachi Zoo. Caught as babies from the wild in Tanzania, NoorJehan and Madhubala were chained by three legs each in solitary isolation. #FreeTheKarachiElephantshttps://t.co/XOk1mH3hJZ pic.twitter.com/JgS6oOJ2SM

This week, a video showing a lion forcefully being brought to a rally of the opposition party Pakistan Democratic Movement also caused outrage. The lion was later confiscated by the authorities. It is common for some political parties in Pakistan to bring animals to rallies as mascots.

Keeping wild animals such as big cats as pets is common amongst Pakistan's wealthiest.

According to Dawn News, “Pakistani laws make it easy to import exotic animals, but once inside the country, regulation is almost non-existent.” It is believed that the country is full of private breeding farms of endangered animals, whose trade is internationally banned.

Pakistan is also famous for the hunting of the large terrestrial bird houbara bustard, which has protected status internationally. The government also makes millions of dollars annually through the sale of permits for trophy hunting of the markhor, Pakistan's national animal.

A British colonial-era law against animal torture stipulates a fine ranging from 50 to 500 Pakistani rupees (approximately 0.30-3 USD) as punishment for mistreating animals. The national minimum wage in Pakistan is 17,500 rupees (USD 109).

The current government has promised to update the laws regarding harm to animals.