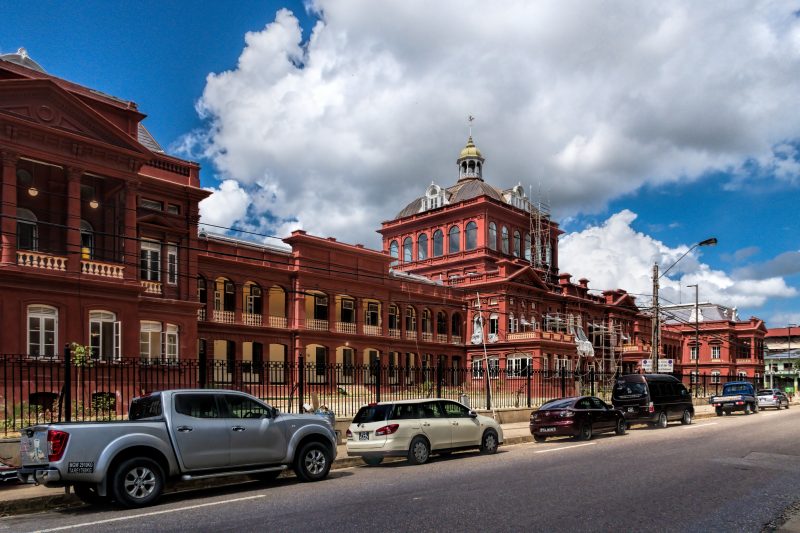 The Red House, the seat of parliament in Trinidad and Tobago, where the Procurement Bill was debated. Photo by Dan Lundberg on Flickr, taken towards the end of the building's most recent restoration, in December 2019. CC BY-SA 2.0.

On December 8, the eve of International Anti-Corruption Day, Trinidad and Tobago's Public Procurement and Disposal of Public Property (Amendment) Bill 2020 was passed in the Senate (the upper house of parliament) by the vote of one independent senator, Dr. Maria Dillon-Remy. The eight other independent senators, some of whom have been quite vocal about what they perceive as the shortcomings of the legislation, abstained.

The main aspect of the bill preoccupying civil society, business organisations and even the Office of Procurement Regulation (OPR) itself, is Clause 5, which removes legal, medical, financial, accounting and auditing services — as well as any others so deemed by the Minister of Finance — from the remit of the procurement regulator.

In a country where citizens have perceived successive governments to be corrupt (Trinidad and Tobago ranked 85th in Transparency International's 2019 Corruption Perception Index, with a score of 40 out of 100), the fear is that this amendment effectively paves the way for instances of corruption to occur in government-to-government contracts, or in agreements between the state and international financial organisations.

The government's point of view is that the procurement regulator, who is not an elected official, should not have the power to undermine such treaties and that such interference could limit the state's access to certain types of international financing and technical cooperation agreements. This, according to Minister of Finance Colm Imbert, is in line with international best practice.

The Office of Procurement Regulation, however, issued a public advisory stating that because these government-to-government arrangements will be repaid with public money, “there should be no exclusion from the OPR’s oversight.”

Many stakeholders felt that the bill should have been sent back to the House of Representatives (the lower house of parliament) for the government to present the regulations that would govern the operation of the act, before being put to the Senate for a vote.

The country's opposition recently refused to back the renewal of the 2018 Anti-Gang Bill in an apparent attempt to force the government's hand regarding the procurement legislation. When criticised for its lack of support, Opposition Chief Whip David Lee defended his party's position by saying:

After the December 8 debate was over, the Senate formed itself into a committee to go through the bill clause by clause and determine if any further amendments were necessary. The government has already indicated that it would accept some of the amendments that had been put forward.

The bill must now go back to the House of Representatives for those amendments to be adopted. Both the upper and lower houses of parliament must agree to a common position before the bill can be passed into law, so while the process does leave room for further fine-tuning, it is not expected that the government will concede its position with regard to Clause 5.

In the past, government-to-government projects have been accused of creating opportunities for corruption to flourish. Though no evidence has been put forward to prove wrongdoing, the reputation of some Chinese firms with which the state has chosen to partner has coloured the public's perception. One project, however — the 2015 acquisition of 12 Coast Guard vessels from the Netherlands at a cost of 1.358 billion Trinidad and Tobago dollars (approximately $200 million USD) — is now the subject of a Dutch criminal investigation.

In fact, procurement in Trinidad and Tobago has historically been so vulnerable to corruption that in 1982, a cabinet-appointed committee was established to conduct a comprehensive review of government-to-government arrangements. Its findings were documented in what came to be known as the Ballah Report.

In addressing the government's idea that government-to-government contracts would “eliminate active lobbying with its undercurrent of corruption (locally),” the report found that such advantages were “more illusionary than real,” that the arrangements were “highly discriminatory” against local firms, and that “the cost to Trinidad and Tobago of the government-to-government option seems to have outweighed the perceived benefits.”