"Every Tom, Dick and Harry being allowed to manage a vehicle" 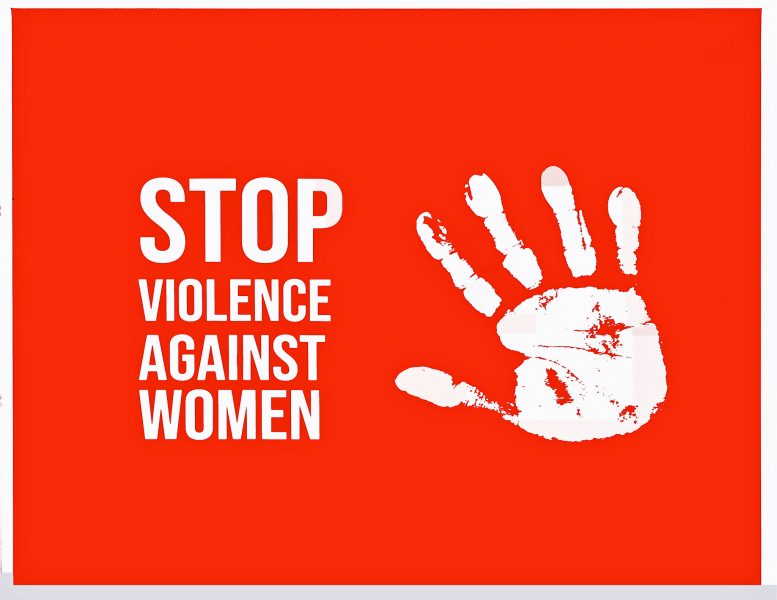 Violence against women is once again the issue of the day in Trinidad and Tobago after 18-year-old Ashanti Riley went missing on November 29. The teen, who was last seen getting into what is known as a Private Hire (PH) car, called her boyfriend to alert him that she was on her way, but she never arrived at her destination. Her body was found on December 4.

Two men, including the driver of the car, have been detained in connection with her murder and police are searching for a third suspect.

The outrage on social media was instant, and the manner in which she was preyed upon hit far too close to home for many, including the mother of Shannon Banfield, a young bank teller who was found dead on December 8, 2016.

Riley's death comes in the midst of UN Women's 16 Days of Activism against Gender-Based Violence, which aims to draw worldwide attention to what it calls “the already existing pandemic of violence against women.”

Facebook user Jenelle Arlene Bedeau recounted her own experience at the age of 18:

One morning I took a taxi […] and the taxi driver passed my stop and apologized said, “It’s ok I’ll turn around and drop you.” He then proceeded to a back street and said he’s just making the rounds and started taking the windows up. Immediately I started shouting and asking what he was doing. He started caressing my leg and saying, “It’s ok I’m just putting on the AC.” I started opening the lock and tried opening the door and fumbled with it while trying to fight him off and had to throw myself out of the moving car.

I keep asking myself had I not done that what would have happened! I can imagine the fear she felt because I was so panicked that it took me quite sometime before I could even breathe.

It’s so depressing that as women a routine trip to work or visiting a relative can result in sexual assault whether verbally or physically or in many instances death. I pray for her mother…now being a mother myself it’s heart wrenching and I do pray that we stop telling women to be vigilant but instead ensure that men do better.

In a statement about the recent murder, the country's prime minister, Dr. Keith Rowley, noted that there was a discrepancy between requirements for registered taxi drivers (who need a certificate of good character to operate) and the “PH” system, which he said contributes to the “danger of every Tom, Dick and Harry being allowed to manage a vehicle and then you end up with this as an outcome.”

He admitted that the question now is, “What do we do about it?” The existing Motor Vehicles and Road Traffic Act stipulates that “no person shall use a motor vehicle for a purpose other than that for which it is registered.” There is currently no allotted designation for PH vehicles, but the practice is very common and not policed.

The PH arrangement is an informal one whereby a private car is used for hire, often by multiple riders at the same time. It differs from ride share apps like Uber, in that the car is neither summoned by nor tracked through technology. There is also no way of knowing whether or not the driver is plying a legitimate trade, making it a risky choice.

When asked what options women have when traveling at times or to places in which only PH drivers operate, Rowley responded, “Given the practicalities of the situation, we have to be always cognisant of our personal safety […] Just be careful.”

In 2017, after Jamilia Derevenax was murdered by someone she knew in the car park of a popular multiplex, Prime Minister Rowley controversially advised women to choose their partners wisely. The statement was widely interpreted as victim-blaming, a stance that netizens have continuously called out in the wake of femicide, even as they attempt to refocus the blame where it belongs.

Men whom I admire and respect have told me that this wanton violence against women won’t stop until men talk seriously to other men about their behaviour. So please, men, talk to each other – NOW.

Another critical aspect of the issue is police training, both in terms of forensics and with regard to interacting with the families of victims. Criminologist Renee Cummings noted:

[…] the question is not how many women (I will also include men) have gone missing in TT, turned up dead or not turned up at all.

The question is who cares?

After billions spent on policing and national security, TT is yet to design any sensible or scientific strategy to analyze information about homicides, about no-body homicides, missing persons, sexual assaults, and other violent crimes involving unidentified human remains.

This is as tragic as all the lives lost!

Riley's uncle shared a heartbreaking Facebook post in which he confirmed that despite members of the anti-kidnapping unit being “a beacon of light,” there were other police officers who, when taking the family's statement for the missing person report, “made sarcastic and demeaning comments about Ashanti, much to our horror.” Other reports and social media testimonies pointed to similar examples of callousness.

Amidst calls for justice for Riley and the countless other women who have been killed or gone missing, the Guardian newspaper reports that as many as 47 women and girls have been killed thus far in Trinidad and Tobago in 2020. With the country's murder count currently at 362, women comprise approximately 13 percent of homicide victims.

The same report states that, according to the Trinidad and Tobago Police Service, of the 745 people reported missing in 2020, 416 — more than half — are women and girls.

For women, for us who go barefoot out the front door to pick pommecythere from our own pregnant trees, may we not die. […] May we arrive to birthday parties with arms full of cake and ice cream and metallic discount-bag balloons. May we arrive to fetes in the very tiniest of pumpum shorts with our glittery purses packed full of pepper spray we don’t have to use. May we arrive to the churches alive, to the lover’s house alive […] may it not matter so much where we’re going, holy or profane, except that we are allowed the right to get there breathing, unmolested, our lungs not riddled with knifemarks, our vaginas untorn. […]

Maybe it may also be that if we are killed, though this is a prayer against death, the first questions will not be how many men we took between our thighs or lips, how many children we had with how many men, how many men we liked were gunmen themselves. May our eulogies not be peppered with should have known betters […]

May it be that we can outstretch our hands and catch the hands of our sisters before someone extinguishes her life. May we become more and more of what we already are – powerful, collective, brave enough to fight and brave enough to weep hard – that we make murderers fear us. That we bring love to a table where only terror is being served, and ask ourselves to eat til we are full. May we all wake up to pray again tomorrow.