She used to be homeless; Now, she does a job traditionally unacceptable to women 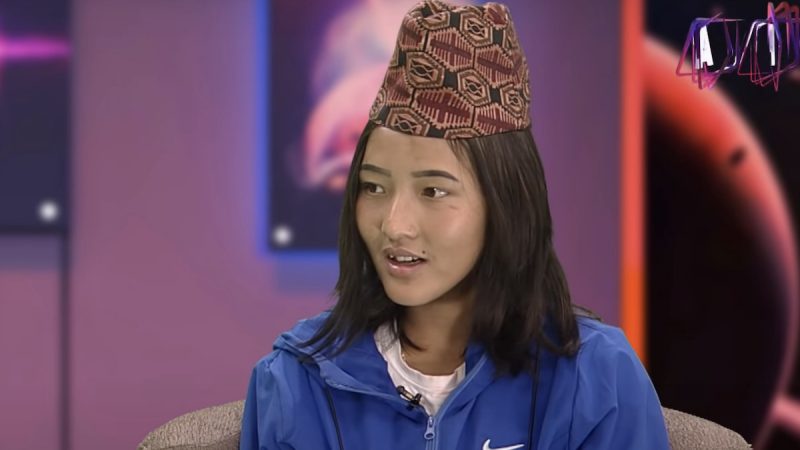 The BBC included Sapana Roka Magar, an 18-year-old crematorium worker from Nepal, in its 100 Women of 2020, a yearly list of inspiring and influential women from around the world.

Sapana works with the Homeless Management and Rehabilitation Center, a Nepalese charity providing assistance to homeless people. For the past three years, Sapana and her team have provided traditional Hindu funeral rites for abandoned and unidentified deceased bodies.

With COVID-19 disproportionally affecting homeless people in Nepalese cities, Sapana's work became vital to this vulnerable population, who are so often deprived of dignified funerals.

After Sapana's team identifies and collects deceased bodies from the streets or mortuaries, they send them for postmortem examination in hospitals. If the body remains unclaimed for 35 days, the organization takes them to a crematorium and performs Dagbatti, a traditional final rite in Hindu religion.

Dagbatti rituals are usually conducted by the male members of the deceased's family. Sapana, however, has performed the rituals herself for hundreds of unclaimed bodies at the Pashupati Aryaghat (cremation ground), on the banks of Bagmati river in Kathmandu, Nepal.

Sapana was born into a middle-class family in a small village of Nepal's Myagdi district, in Gandaki province. She is said to have been a brilliant student during her childhood and pre-teen years. At age 14, she moved to Beni, Myagdi's biggest city, to study — and that's when her life took a sharp turn for the worse.

She married a teenage boy against her parents’ will. The relationship broke down just after a few months, and Sapana found herself shunned by her home village. She distanced herself from her family and became homeless.

While living in the streets, she became acquainted with the Homeless Management and Rehabilitation Center, and began to work with them. Sapana now calls the president of the organization, Dinesh Jung Basnet, her godfather.

Gender roles remain strict in Nepal, with women generally expected to manage the household and take care of the family. The pandemic has worsened gender inequality in the country when it comes to education, employment, and income.

In the Hindu religion, women are not allowed in cremation grounds; in the villages, only male members of the family are permitted to participate in funeral rites.

But by providing final rites for people whose bodies were abandoned, Sapana does a job that most men wouldn't accept.

You may have had a lot of pain, stress and problems while working, but this news has definitely made all Nepalis happy. Supana Baini, congratulations to you, you are a source of inspiration for the youth. https://t.co/yHnMako5Qm

I am so happy to see the name of at least one Nepali among the list of a hundred women published by the BBC for 2020. Congratulations Ms. Sapana Roka Magar. we are proud of you. https://t.co/svburWqFzx

After becoming homeless for three months, Sapana travelled to Kathmandu where she became involved in an organisation that cremates unclaimed bodies.
More power to you Sapana Roka Magar for being BBC's 100 influential women of the year#BBC100Women https://t.co/jZlyHYW50X pic.twitter.com/QaeXuTsMuo

Bless you, Sapana Roka Magar for your noble efforts. What an amazing turn in life! https://t.co/rk6bneGDoA https://t.co/pXCV139GfL

Entrepreneur Kushal Sundar Shrestha complained that Nepal recognized Sapana only after she received the BBC honour:

Technically, as a country I don’t know where we lack to recognize these Heroes and their actions, but next day it gets noticed in @BBC and we start to acknowledge and congratulate them. Hats off Sapana Magar and to all the women who made difference to their society and country.

In 2019, Bonita Sharma, a social entrepreneur from Nepal, was also listed in BBC's 100 Women, in the knowledge category.