She founded the biggest literary festival in the Anglophone Caribbean

For the last 10 years, Marina Salandy-Brown has been expanding the scope and reach of the NGC Bocas Lit Fest (named for its title sponsor, the National Gas Company of Trinidad and Tobago), now widely considered the Caribbean's premier literary festival, but she's been a reader all her life. Her passion for the region's literature has now earned her an honorary fellowship in the Royal Society of Literature (RSL), which is celebrating its 200th anniversary this year.

She first learned about the RSL's intention to make her an honorary fellow back in August, and the plan was for her to travel to the UK for the ceremony in October. However, the COVID-19 pandemic changed everything: London is currently on a Tier 2 (high coronavirus risk category) lockdown, and Trinidad and Tobago's borders remain closed.

Still, she was invited — as new fellows are each year — to select an eminent writer's pen with which to sign her name in a roll book that dates back to 1820. Her choices included George Eliot, Charles Dickens, Jean Rhys and Andrea Levy. 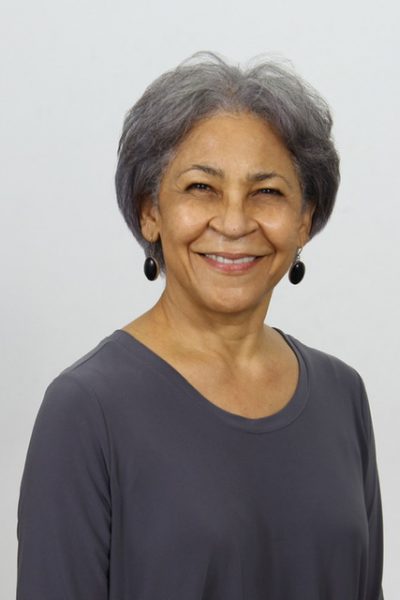 Whenever she makes it to London to sign the register, she plans to use Levy's. “She's a woman, she had a deep connection to the Caribbean, and I met her when she was a judge for the Saga Prize,” she tells me in a telephone interview. The now-defunct Saga Prize was a literary award started by actress Marsha Hunt to celebrate new, British-born, Black writers.

The significance of the honorary RSL fellowship is not lost on Salandy-Brown. “It's an enormous thing,” she says, “particularly for someone working outside of the metropolis, and working in a way that some may consider peripheral, in Caribbean literature.”

It can be argued, however, that Caribbean literature is also huge — and Bocas has been an integral part of that journey. Salandy-Brown is clear about the fact that the recognition does not belong to her alone, but to the festival's many sponsors, and the dedicated team of people who help make the festival a success each year. “This RSL Fellowship is also an honour for Caribbean literature and for the NGC Bocas Lit Fest,” she explains. “They can't ignore us anymore. Caribbean writers are winning prizes, they're getting book deals, and many of those writers give the festival some of the credit for it.”

Pointing out that Ingrid Persaud's novel “Love After Love” has just been shortlisted for the Costa First Novel Award and Monique Roffey's “The Mermaid of Black Conch,” for the Costa Novel Award, that Ayanna Gillian Lloyd has signed a book deal with Hamish Hamilton, and that Caroline MacKenzie's “One Year of Ugly” has been optioned by Netflix, Salandy-Brown says that Bocas’ seminars, workshops and master classes have helped create this new generation of regional writers — and build a marketplace to give their writing somewhere to go. Some have even taken to calling themselves “Bocas writers,” because the festival helped them hone their craft. 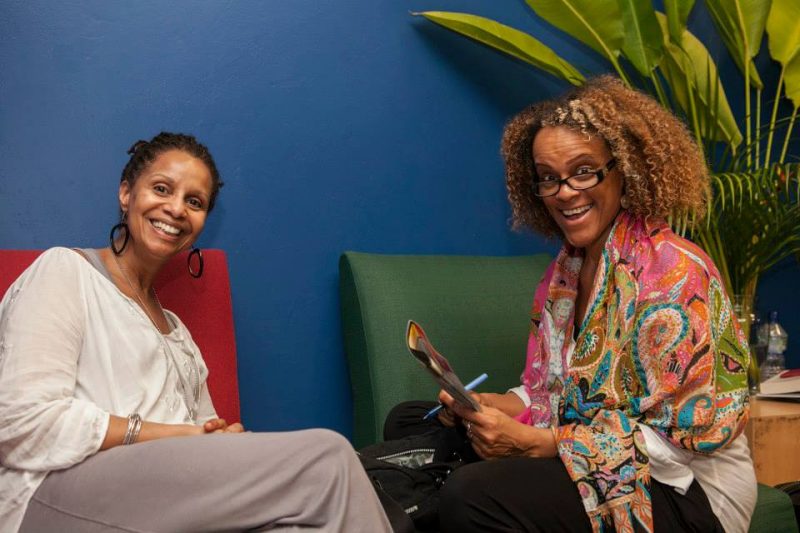 “We've always been writing in the Caribbean,” she explains, “but before Bocas, no one had really created a space — at home — with the power to put regional writers on a pathway to the international publishing industry. Where else would you get the likes of Marlon James, Bernadine Evaristo, Kei Miller or Olive Senior to read your stories and give feedback on them?”

Established writers benefit too, as there are always international agents, academics and publishers present at the festival. Accomplished novelists, most of whom are based abroad, get the opportunity to come back home and interact with Caribbean audiences, and the up-and-comers get to run shoulders with their heroes. “Publishing is a touchy-feely business,” Salandy-Brown says.

When she founded the festival a decade ago, however, did she envision it would reach this far? “We did our thing and people started to notice,” she tells Global Voices. “Very often, representatives from organisations like the RSL, the British Council and the Commonwealth Foundation would attend the festival. We just got on with doing our work with excellence. We didn't set out to win prizes or get accolades; it's about the work. We don't let ourselves get distracted by those things, but it's lovely to be acknowledged.” 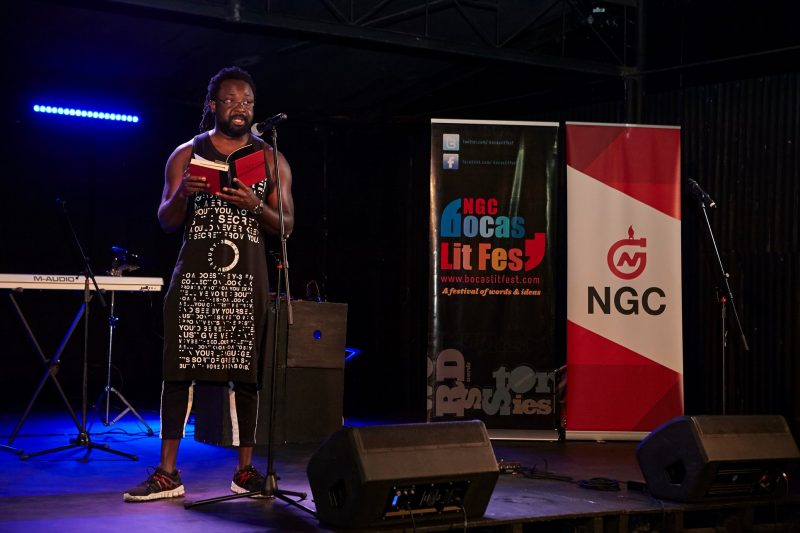 The NGC Bocas Lit Fest has itself instituted a prize that acknowledges luminaries. The Henry Swanzy Award for Distinguished Service to Caribbean Letters recognises those in support of regional literature. Swanzy, who inherited the British Broadcasting Corporation's (BBC) “Caribbean Voices” programme in the late 1940s, helped validate writers like Walcott, Lamming, and Naipaul, by turning the series into a home for Caribbean literature and facilitating patronage of its writers. For his efforts, Swanzy became known as the godfather of the golden age of Caribbean literature.

In this new age, Salandy-Brown may well be its godmother — and the RSL isn't the only one noticing the difference she and the NGC Bocas Lit Fest have made. Chile awarded its inaugural Ferdinand Magellan Award for Innovation to Salandy-Brown for her “her enormous work in promoting the art of writing in Trinidad and Tobago and throughout the English-speaking Caribbean.” The country's ambassador to Trinidad and Tobago, Juan Aníbal Barría, called Salandy-Brown “an explorer like Magellan, who, thanks to her discipline, work and innovation, has managed to build an educational space that crosses the frontiers of knowledge and contributes to the dissemination of the rich Caribbean culture.”

A key component of the NGC Bocas Lit Fest has been CineLit: a Latin-American/Caribbean film festival woven into the literary agenda. “The most important thing about CineLit is that the films are all linked to books, to writers and their stories. The Caribbean and Latin America are so close geographically that we wanted to reach out — and one of the best avenues to communication that can easily bridge a language gap is film,” Salandy-Brown explains. The minifilm festival showcases both feature films and documentaries, including adaptations of literary classics from Latin America and the Caribbean. “It was a way of showing films not ordinarily seen here,” she adds, “and opening peoples eyes to the literature of our neighbours.”

Quite fittingly, the Magellan award was presented to Salandy-Brown encased in a compass — a salute to her pioneering spirit. As part of a reforestation project in Punta Arenas, the capital city of Chile's southernmost region, a tree will also be planted in her name. It's a gesture that means a lot to a woman who never really felt like she'd put down roots.

“I was off to university on my own at 17 years old,” she says. “I've lived in so many different countries that I tend to be be a bit of a hoarder, because I hang onto things that I feel anchor me. I can tell you exactly where every book I have came from.” She hopes to visit the tree with her four-year-old grandson once the pandemic is over, and perhaps explain to him how her love of Caribbean stories gave the region and its writers a lasting connection with the world.