‘Don't come back, or you will disappear': Uyghur mother pleads with her daughter abroad

'The thought of what my family is enduring is so painful, but I can't just stay home and cry. I have to be strong' 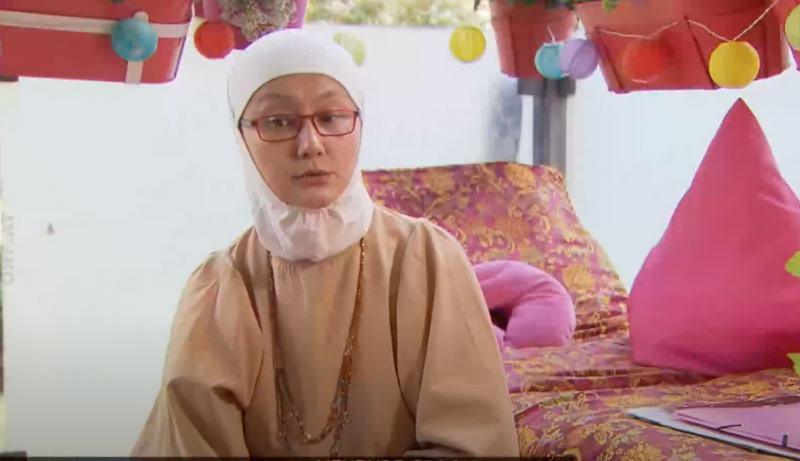 Screenshot from an Austrian TV interview with Mehbube Abla posted on YouTube.

Global Voices interviewed Mehbube Abla, a 38-year-old Uyghur from Ghulja, a city in western Xinjiang. In 2004, she left China to study abroad and has never returned. All the members of her family who stayed in Xinjiang have been imprisoned.

There are 11 million Uyghurs, a Muslim Turkic nation, living in the western province of Xinjiang in China. Widely portrayed as “motherland separatists” or simply “terrorists” in Chinese mainstream media, this group has been targeted more systematically since Xi Jinping became president of China in 2012.

According to Human Rights Watch, the Uyghurs have been deprived of basic human rights, including freedom of religion, of movement, and also of using their native language. And according to various testimonies and sources, over 1 million Uyghurs – as well as other Muslim minorities — are in internment camps. Some camp detainees are also sent to Xinjiang’s vast prison system.

Given the secrecy surrounding these internment camps, which China describes as “vocational training centers“, the exact number of people currently detained is difficult to ascertain, but hundreds are believed to have died in internment. More detailed information is available in the Xinjiang Victims Database.

Abla is active on social media, where she advocates for Uyghurs’ human rights. This interview was conducted over the phone in Uyghur and edited for brevity and style.

Global Voices (GV) When did you leave China?

Mehbube Abla (MA): In 2004, I left Xinjiang to study in Germany, and a year later I moved to Austria, where I have been living ever since. Back then, before getting on the airplane, I looked around me, and told myself this was the last time I was seeing my homeland. I knew that I was never going to return. As soon as I had settled in Europe, I started to join meetings and protests for the Uyghur cause. My two younger sisters also live abroad. 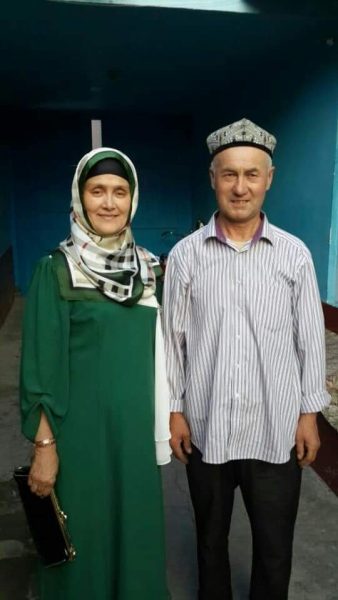 GV: Did your parents ask you to end your activism because of police harassment at home?

MA: It is my parents and my younger brother back home who have really paid a price for me using my freedom to condemn China. Since I became an activist, members of the Chinese police force have gone to parents’ home, and taken my father and brother in for questioning a number of times. But my family never accused me of giving them trouble. The only thing my mother kept saying was “Don't ever come back! If you do that, you will disappear for sure!”. So in all these years I've never gone back.

But it was no problem for us to talk over the phone, until April 2017. That's when my brother, Adiljan Ablajan, who was in his early thirties, was taken to a so-called re-education camp. In September 2017, my mother Peyzohre Omerjan, was taken. And in October the same year, they took my father Ablajan Hebibulla.

GV: What has happened to your family since they were detained in 2017?

MA: My mother and brother were held in the same camp at first, close to our home. I don't know anything about the location where my father was held. In June 2018, my mother and brother were sentenced to 20 years in prison, but in October 2018 I learned that they were both taken back to the camp because the verdict was deemed faulty. In November 2019, I got the information that my mother had again been sentenced, this time to 19 years in prison, while my brother got a five year sentence. My brother was married and had a one-year-old daughter when he was detained back in 2017. I heard that his wife was sent to a camp as well, and I have no idea what happened to their daughter. At the same time I also learned that my father was sentenced to eight years in prison. From what I heard, my mother is being held in a women's prison in Ghulja, in the west of Xinjiang. I don't know where my father and brother are held. But there has been news about Uyghur prisoners from Ghulja being moved to other parts of China. 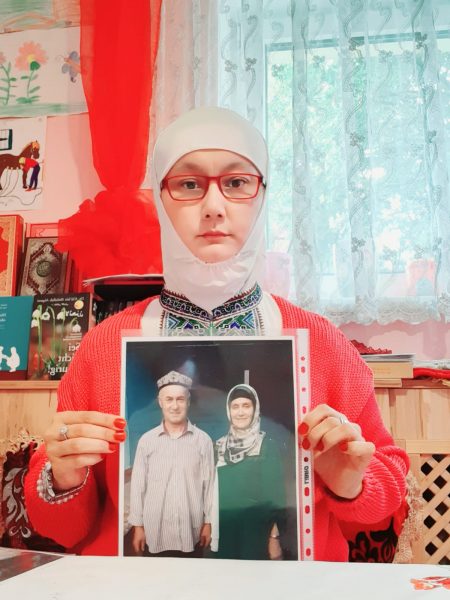 Mehbube Abla holding a photo of her parents. Photo used with permission.

GV: Were you able to find you find out any official reason for your family's arrest?

MA No. I inquired at the Chinese embassy in Austria and was given the very general answer that my family “is doing fine, and those who broke the law are in prison”, and that's it. But my family are law-abiding citizens. My mother works as a tailor, she designs clothes. My father is a businessman who used to run his own shop selling imported goods. And my brother studied biomedical analysis, but was always very interested in cars and ended up starting his own car business.

I believe that by sentencing my family, the Chinese authorities want to put pressure on me and my sisters, and break us down mentally. But I will not let them! I'm even more dedicated now!

GV: You recently received some news about your mother, can you tell us about it?

MA In September, my aunt suddenly called my sister in Norway, saying that she had visited my mother in prison, and that my mother sends her greetings to us. According to my aunt, my mother is doing fine, and is allowed visits twice a month.

I believe that the authorities forced my aunt to call us, as a way to calm me down, in the hope I would quit my activism. Any contact with relatives abroad is dangerous for Uyghurs these days, so there is no way my aunt called on her own initiative. When answering the phone she told my sister: “Don't ask me anything, just listen to what I have to say.”

Until I can talk to my mother myself I don't believe anything I am told about her. This call from my aunt came just after a period when I had been very active on social media. The Chinese authorities want to show that: “Look, Uyghurs can actually contact their relatives abroad.” I believe my activism is pressuring them.

In Chinese prisons, relatives have to pay 300-400 Chinese renminbi (US$ 45 to 61) every month, to provide a prisoner with food and clothes. I know that my aunt is paying this sum for my mother, but what about my father and brother? It's just the close family, like siblings, parents and children, that are allowed to visit a prisoner. So who is caring for my brother? Both his parents are in prison too, and his siblings are now abroad.

GV: How do you cope such a stressful situation?

MA Of course, when I got the news of what happened to my family I was devastated. I cried for months. I would have been less sad if they had just died. The thought of what they are enduring in the Chinese prison is so painful, it is such a heavy burden. But I can't just stay home and cry. I have to be strong – I have two children to raise. And I have beautiful dreams about taking care of my parents. The more active I am and the more things I do, the more positive I get. This is something I learnt from my dear mother. I will keep fighting for my family.