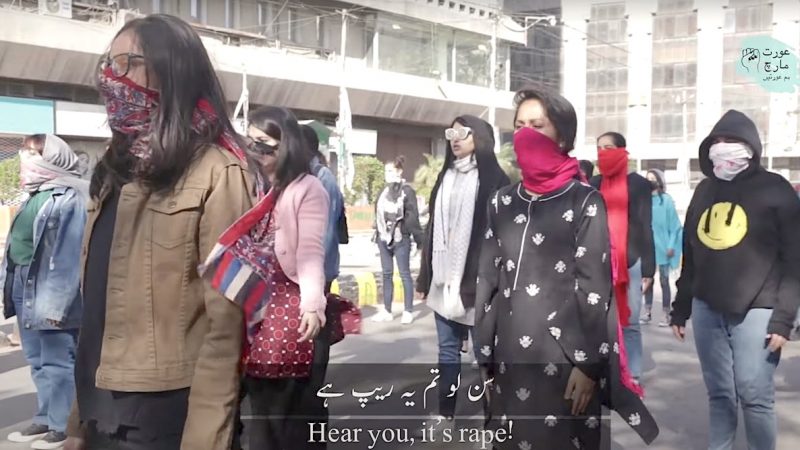 Pakistan's government approved in-principle on November 24 tougher laws against sexual assault which will include chemical castration for repeat offenders.

The laws, called the Anti-Rape (Investigation and Trial) Ordinance 2020 and the Penal Code (Amendment) Ordinance 2020, have been approved by Pakistan's Federal Cabinet and await sanction by President Arif Alvi.

The set of ordinances are broad in scope and address several aspects of the criminal process, including women’s roles in policing, measures to fast-track rape cases, protection for survivors and witnesses, and the creation of a national database of sex offenders.

One salient point is the expansion in the legal definition of rape. Currently, Pakistan's penal code defines rape as when a “woman below 15 years of age engages in sex, with or without consent.” The amendment will extend the definition to include women of all ages and men below the age of 18, and will include the words “transgender” and “gang-rape” in it.

The two-finger virginity test, widely used in Pakistan during medico-legal examinations to determine whether a rape has occurred, will also be prohibited by the new laws.

The change in legislation comes in the wake of three years of mass protests against gender-based violence, triggered by highly-mediatized rape cases such as the rape and murder of a seven-year-old girl near Lahore in 2018, or the rape of a mother of two in September this year after her car broke down on a motorway.

The new laws will prescribe capital punishment by hanging and increased jail terms for those convicted of rape, but their most controversial point remain the inclusion of chemical castration to sex offenders, which will only be carried out with the offenders’ consent.

There have been mixed reactions in Pakistan about that last point.

Conviction is required before implementation of the punishment. We need to strengthen the systems like police investigation, medical process and judiciary. Our problem is not of punishment but of conviction. At least 97 percent of rape accused in the country never get convicted because of the flaws in the system.

Twitter user Maheen Agha said she approves of chemical castration as a form of punishment for rapists:

The punishment of chemical castration of rapists has been approved by the federal cabinet of Pakistan and prime minister. This is a huge achievement. Fingers crossed for its implementation. #ChemicalCastrationOfRapists #imrankhanPTI

Chemical castration is an ongoing debate globally and is indeed practiced in some countries and US states. No one is saying its a silver bullet and ofc you need holistic measures here. However I think this ordinance (i'd like to see it enacted by parliament) is good overall. https://t.co/RrmKLZ44lR

Reema Omer, a legal adviser for the International Commission of Jurists, opposes the use of this kind of exemplary punishment. She tweeted:

In addition to rights concerns, shows complete lack of understanding of what chemical castration entails and reduces rape – primarily a crime of power – to a crime of lust https://t.co/xczSoneSUy

A person who rapes is called a rapist because of his imbalanced hormones and frustration. If he goes through chemical castration, he would probably hate women, even more, considering the gender as the cause of his shame. Ultimately, the rapist can even murder a woman. The chronological order of transforming a rapist into a murderer could become a pattern.