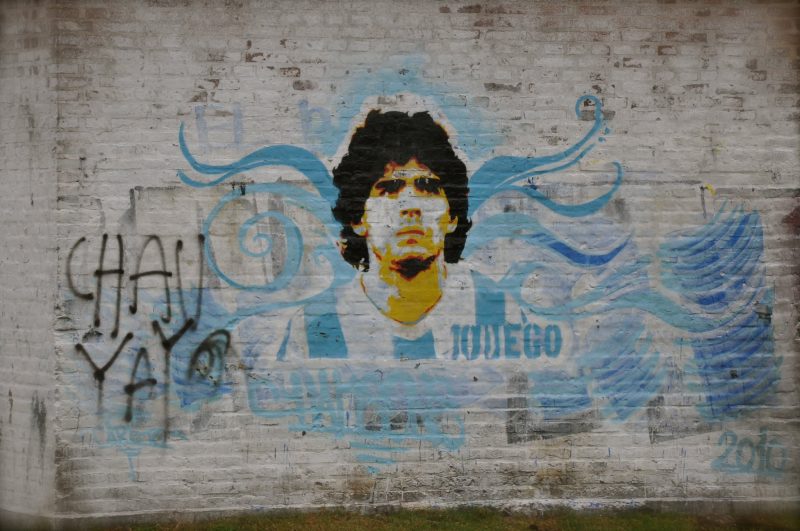 Argentinian football virtuoso Diego Armando Maradona, famous for the stunning natural talent that led his team to FIFA World Cup glory in 1986 [4] — and infamous for the “Hand of God” goal that helped clear the path for their eventual victory — died of a heart attack [5] at his Buenos Aires home on November 25, having recently undergone surgery to remove a blood clot from his brain. He was 60 years old.

Small in stature but a giant on the field, it is hard to imagine Maradona, who was required to perform at such an elite fitness level, being plagued by health problems. Throughout his career, however, he struggled with drug and alcohol addiction [6] which led to a range of other challenges, including obesity [7] and serious health-related scares like hepatitis.

In 1991, Maradona was suspended [8] from the sport he loved for 15 months, after testing positive for cocaine before a match. Later that year, he was arrested for possession of the drug and given a 14-month suspended sentence [9].

Come the 1994 World Cup, Argentina's star player was once again part of the team, but before the group stage of the tournament was over, the Argentine Football Association [10] pulled him from the lineup for failing a drug test. FIFA banned Maradona over the incident, essentially putting an end to his international career, which had included representing top clubs like Boca Juniors (Argentina), Barcelona (Spain), and Napoli (Italy).

It was for his performance on the field, however, that Maradona will forever be remembered.

His style of play, full of darts and dribbles, was fearless; from the sidelines, it also looked effortless. There was no one faster or more sure-footed. He demonstrated impeccable ball control, even with several defenders on him [11] at a time. He had an instinct for finding spaces and creating opportunities but was not one to hoard the ball for a chance at glory.

He was, first and foremost, a team player who passed when needed, who captained creatively and helped make Argentina a joy to watch, comparable at their height to the captivating, samba style [12] of fancy footwork their rival Brazil is famous for. The creative moves of La Albiceleste [13], as the Argentinian national football team is called, felt — under Maradona's influence — at once both fluid and precise, a skilful tango on the turf.

Meanwhile, the loss of Maradona is being felt around the world, including across the football-obsessed Caribbean [16] region.

A superstar in his own right, Jamaican sprinter Usain Bolt posted photos [17] of himself with Maradona on Facebook, accompanied by the caption, “RIP to Legend #Maradona [18] ??”

There was no doubt that Maradona was a flawed and complex hero. The quarter-finals of Mexico 1986 World Cup — when he and the rest of the Argentinian team faced down England [19], at a time when tensions between the two countries over the Falklands war was still high — was the perfect and enduring example of how he could be both sinner and saint.

The first goal of that match was a desperate handball after 51 long minutes which, controversially, the referee allowed. Maradona scored again just four minutes later, after a dazzling and seemingly impossible dribble around five England players, slipping the ball past the keeper in what most football experts concur was the “Goal of the Century”.

After the match, when a small cohort of reporters bombarded him with questions about the first goal, Maradonna cheekily replied [20] that he had a little help from “the hand of God” — in a quote since eternalized in football history.

Argentina won the game 2–1 and went on to claim the Cup, beating West Germany in the final. Maradona won FIFA's Ballon d'Or [21] for player of the tournament, and for many football fans — despite his frequent missteps off the field — he will remain [22] a player for all time [23].

Terry Fenwick [24], one of the England defenders who failed to stop Maradona at that quarter-final match in 1986, agrees. Upon learning of Maradona's passing, Fenwick, who is currently the head coach of Trinidad and Tobago's national football team, said [25]:

Today is an extremely sad day for world football. I would like to extend condolences to Diego’s family, his friends and all of his former teammates, especially all the guys who were on the field that day in ’86.

I can recall it like yesterday. It is one of the matches and moments that never leaves you. For me, he was undoubtedly the greatest to ever play the game and certainly the best I have ever encountered.

As much as we were steaming mad about the [first] goal that was allowed and the fact that we lost and had to pack our bags after that game, we were all in awe of what he was capable of—what he did generally in that game and the tournament as a whole. It was just pure genius.

Indeed a privilege to share the same pitch and come up against such a unique figure. RIP Diego.

In 2000, FIFA created a one-off Player of the Century [26] award, of which Maradona was the joint winner along with Brazil's Pelé [27].

That same year, Italian club Napoli, for whom Maradona played from 1984 to 1991 in what became the club's most successful [28]years in its history, retired his Number 10 jersey [29] in honour of his achievements. Napoli won two Coppa Italia Series A during that period, marking the first time a southern club claimed the Scudetto, Italy's highest football trophy.

In 2001, the Argentine Football Association asked FIFA to also retire Maradona's Number 10 jersey of Argentina's national team, a request which the international football body did not grant [30].