The rules are a threat to freedom of expression online 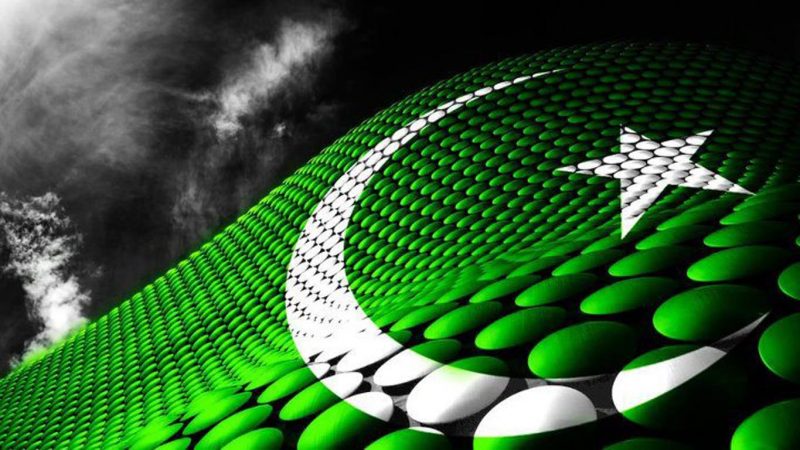 Pakistan Flag. Image from Public Domain. Via Me Pixels.

The entry into force of new rules governing social media has raised concerns about freedom of expression and human rights in Pakistan. Under the new legislation, social media platforms that do not comply with the content removal demands of the Pakistan Telecommunication Authority (PTA) will face bans and fines.

The rules for Removal and Blocking of Unlawful Online Content came into force after the government issued a Gazette Notification on October 20, 2020 whereby it approved them. The rules were finally made public in November when the Ministry of Information Technology and Telecommunication (MoITT) uploaded the Gazette on its website.

Digital rights activists, tech giants and Internet Service Providers (ISPs) denounced the new rules as draconian and in violation of Pakistan's cybercrime laws, and as these were not in line with their recommendations and industry best practices.

Since February 2020, the government has been trying to put in place a set of rules that not only curtail dissent and ban any entertainment assumed against the moral and religious ethics of society, but also clamp down on critical voices. In September, TikTok, PUBG, dating Apps and YouTube were among platforms that received complaints from the PTA to ban content if they wish to continue operating in Pakistan.

The new rules, the Removal and Blocking Unlawful Online Content, 2020 (RBUOC), have replaced the Online Harm to Persons Rules of January 2020, and they are meant to guide the implementation of Section 37 of Prevention of Electronic Crimes Act 2016 (PECA).

According to the RBUOC 2020, people can exercise their right to freedom of speech or share information in digital spaces as long as it does not ”intimidate”, harm” or ”excite disaffection towards the reputation of Federal or Provincial Government” or any person holding public office, if done it would be considered as a threat to ‘integrity, security and defense of Pakistan’ and would be removed or blocked. These rules give the telecom industry regulator, the PTA, the power to remove and block anything— including entire online systems— deemed against decency and morality as defined in the Pakistan Penal Code. Social media companies will be obliged to provide PTA with any information or data in a decrypted, readable, and comprehensible format which may include subscriber information, traffic, content and any other information or data.

The rules further extend PTA’s powers beyond the original scope of Section 37 of the Prevention of Electronic Crimes Act (PECA) and gives PTA the authority to register international technology companies, a power not given in the original Act and which remains outside the powers originally laid down. Section 9 also lays down new obligations and liabilities for social media companies, which are contrary to the limitation of intermediary liability provisions for technology companies in PECA. In case service providers or social media companies do not comply and remove content within 24 hours or, six hours in case of an emergency, they could face a fine of up to 500 million rupees ($3.14 million), and risk being banned.

There has been a strong reaction from private sector stakeholders who have already registered their concerns about the new rules through multiple statements and letters to the Prime Minister. The Asia Internet Coalition (AIC), an industry association that includes big tech companies like Amazon, Facebook and Google, has voiced its concerns and said that social media companies may find it difficult to continue their operations in Pakistan under these rules:

The draconian data localization requirements will damage the ability of people to access free and open internet and shut Pakistan’s digital economy off from the rest of the world. It’s chilling to see the PTA’s powers expanded, allowing them to force social media companies to violate established human rights norms on privacy and freedom of expression.

The Internet Service Providers Association of Pakistan (ISPAK) is considering legal action against the recent rules once their strategy has been formed and may challenge the rules in court too.

Digital Rights activists also condemned the rules and believe that they not only violate citizens’ right to freedom of speech in online spaces but also puts them in a vulnerable situation. Media Matters for Democracy tweeted a detailed thread on the rules:

Here is a short analysis of some of the key concerns with specific sections of the Removal and Blocking of Online Content Rules 2020. #SocialMediaRules#PECA pic.twitter.com/rH6ggxpIzY

They also issued a statement urging the government to “immediately suspend the implementation of these rules and initiate a meaningful consultative process that is credible, transparent, representative, and responsive to the concerns raised about the previous consultative process.”

Farieha Aziz from BoloBhi, a platform working on digital rights and civil liberties, says that the citizens will either have to censor themselves or completely lose access to social media platforms if these rules are not followed. While Digital Rights Foundation issued a statement saying that they were “extremely concerned with both the procedure followed in passing the Rules, devoid of meaningful consultation and transparency, and the implications the Rules have for Constitutional freedoms in the country.” The Association of Pakistan’s Independent Online Journalism Platforms also rejected the new rules.

Threats can never lead to sustainable outcomes. Big tech needs to invest time & resources in understanding local sensitivities & the Govt needs to be pragmatic about its demands.

We MUST get this right, else our citizens get left behind. https://t.co/5MHKXDQKPG

The new rules will only worsen the human rights situation in Pakistan. According to Freedom House's annual Freedom in the World report 2020, which assesses people’s access to political rights and civil liberties in 210 countries and territories, Pakistan scored 38 (partly free) out of a maximum 100 points. On International Internet Day, celebrated on October 20, the Freedom Network issued a report on the state of Digital Rights in Pakistan, noting ”a rise in censorship, hate speech, digital surveillance and breach of privacy and disinformation and misinformation online.”