How a grassroots revolt restored democracy in Peru

Peruvian citizens showed the world that resistance is not futile 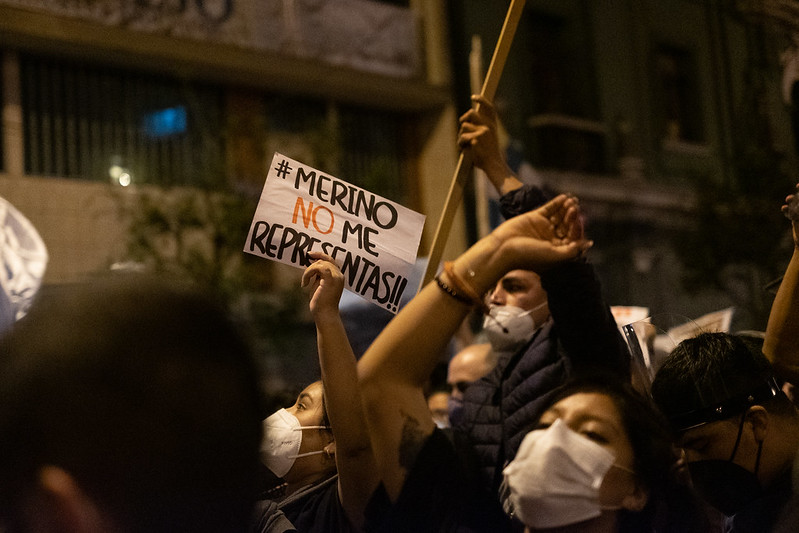 In November 2020, Peru saw one of the largest protests in its history when thousands of people took to the streets throughout the country in a spontaneous movement led by youth and grassroots organizations.

The protests were propelled by what they deemed to be an unlawful coup against their president, Martín Vizcarra, who had been impeached by the Peruvian Congress on November 9.

While legislators were trying to protect themselves from judicial investigations of corruption, the police were snatching the Peruvian flag from protestors. It was the people in the streets—not Peru's Congress—who were the ones fighting to preserve the country's democracy.

The Congress had used a mechanism of the Peruvian Constitution to oust the president on grounds of moral incapacity, as Vizcarra had corruption accusations pending. Yet, many constitutionalists argued that the legislators had interpreted the constitution in their favor: the original meaning of “moral incapacity” in this context was “mental inability,” not ethical, or moral, ineptitude.

The overwhelming majority of Congress members supported the unpopular measure of ousting the popular president. While it is true that Vizcarra was accused of corruption, 68 out of 130 people in Congress also had judicial issues, many of them corruption cases. Because of this, people began protesting in front of the parliament as they felt that their politicians were trying to preserve their own privileges and pass self-serving laws. The protestors denounced Vizcarra's removal as a coup. 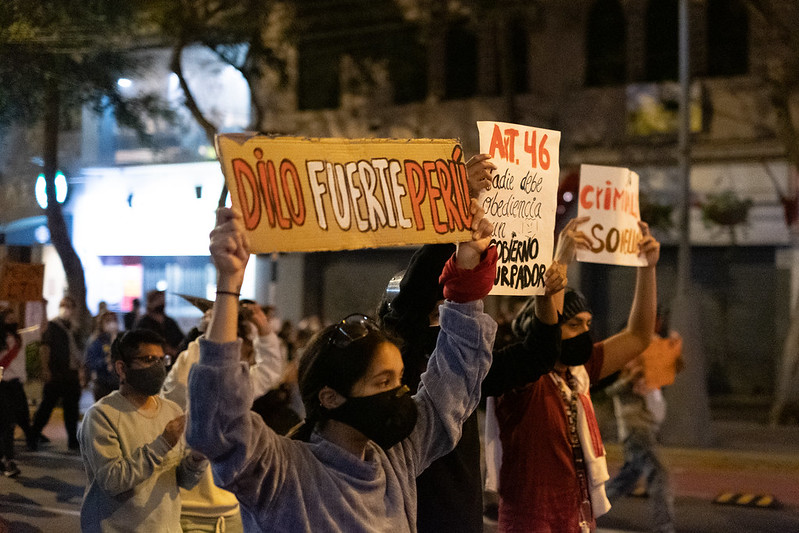 Members of the Congress elected their president, Manuel Merino, as president of Peru. This politician from the center-right Popular Action Party was a little known congressman from the Tumbes region in northern Peru. For many, he became the unlawful president of the country.

Protests amplified when Merino named conservative politician, Antero Florez Aráoz, former Defense Minister in the government of President Alan García, as chief of his cabinet. In 2009, Aráoz was Defence Minister when state intervention led to the deaths of 33 people in an incident that became known as “Baguazo,” after Bagua, the Amazon area where indigenous people were protesting against mining in indigenous land. For many, this was obviously not a sign of renovation but rather a return to a dark moment in recent Peruvian history. The next day, on November 12, a cabinet full of far-right members was appointed.

Massive protests were organized around the country via social media and without any kind of central planning; it was the spontaneous order made up of regular people who wanted to show their repudiation of the corruption of the political class.

On November 12, peaceful mobilizations were met with violent police repression and people were injured. More and more citizens went to the protests, and those who did not, organized “cacerolazos” at home, and the loud noise of kitchen instruments resounded to support the protesters. People were noticing that this was becoming a significant moment in history.

Massive mobilizations were called for Saturday, November 14. Thousands of people flooded the streets all over Peru with banners showing their deep feelings both about what they saw as a betrayal to democracy and the increasing police brutality. A placard saying, “Mother, if I don’t return, I went with the Motherland”, illustrates the tension felt by the protesters. Citizens of all backgrounds were filling the streets, from women with “polleras,” the traditional Andean clothing, men in Power Ranger costumes, to nuns, to men playing the “zampoña,” a traditional Andean instrument. Yet, the most distinctive element was that almost everybody was wearing a mask.

The protests were massive, with everyone united around the common goal of showing their indignation against the corruption of the political class. They weren't about defending Vizcarra; they were about defending democracy.

Even though many concur the protests were peaceful, when night came, the police started attacking the protestors with tear gas and lead bullets. But the people did not back down. Some used paintings and skateboards as improvised shields and feminist groups and soccer fans helped deactivate the tear gas canisters by putting them inside cans of water. Yet, later that night, two young men, Jack Bryan Pintado and Inti Sotelo, died as a result of police violence. They were students, much like the rest of the protestors who were fighting for a better future. Calls for Merino's resignation resonated across the country. 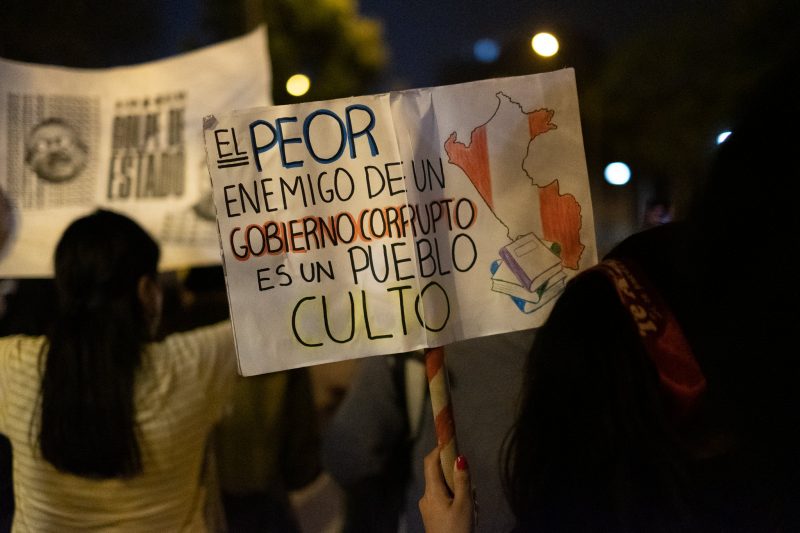 The day after, Merino had no choice but to resign. The consensus among the population was that Congress should elect a new president among the few who didn’t vote against the ousting of Vizcarra. On November 16, the Congress elected the centrist Francisco Sagasti, a move that appeased the population. Sagasti is a Peruvian engineer, academic, and author.

He was inaugurated the next day and promised that there will be no impunity for those responsible for human rights abuses during the protests. Sagasti also assured that Peru would have presidential elections next year as planned in the electoral calendar.

Many of those who went missing during the protests reappeared in the days that followed. One young man, Luis Fernando Araujo, says he was kidnapped and beaten by the police. Two men who attended the protests—Gabriel Rodriguez Medrano and Johan Arenas Aguirre—are still missing. Peruvians mourn Jack Bryan Pintado and Inti Sotelo as martyrs of democracy as they call for justice for their deaths.

Polls tell us that the majority of people believe that grassroots revolt was able to tear down an illegitimate government. With courage and determination, Peruvians showed to the world that resistance to unlawful political moves is possible.

Peru is set to celebrate 200 years of independence next year but the intense protests show that Peru not only has a past but a future.