In the Middle East, words escape prison walls to inspire freedom and hope 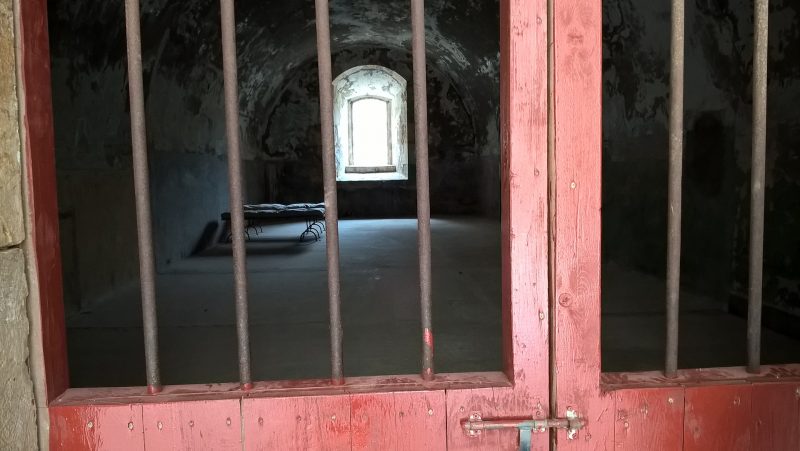 This post was written by Khalid Ibrahim, executive director of the Gulf Center for Human Rights (GCHR), an independent, nonprofit organization that promotes freedom of expression, association, and peaceful assembly in the MENA region.

Human rights defenders have nothing but words to defend the civil and human rights of their people. Their enemies, on the other hand, have all the conventional weapons at their disposal, including imprisonment, in their attempt to end peaceful work aimed at building a prosperous future for all.

Human rights activism continues, though, even from within the confines of a prison cell. “Human rights work does not end with imprisonment,” says Bahraini human rights defender Abdulhadi Al-Khawaja, who in 2017 went on six hunger strikes to demand his rights and those of other prisoners of conscience, while serving life imprisonment for his peaceful human rights work.

His words inspired an online event in Arabic, English and Persian languages ​​entitled “The Prisoner and the Pen,” which was held by the Gulf Centre for Human Rights (GCHR) and Amnesty Westminster Bayswater on October 22, 2020. Here we feature some of the thoughts of imprisoned human rights defenders and those of others who participated.

In her poem, “Letter to my father,” Maryam Al-Khawaja, herself an activist, summarises the volcano of pain that rages in the hearts of the families of prisoners of conscience:

How do I tell you

That there are days I long to be a child again

Because you and mama were my superheroes

In another part, expressing her disappointment at not achieving her dreams in a free and just world, she adds:

Baba you’ve been in their prison for 9 years

And to understand me,

I need to tell you about the world

The dreams we had

The dreams we fought for

Did not go as we hoped

Then, she speaks with strength and clarity of the support that repressive governments are receiving, and the suffering activists face as they seek a safe haven:

And the suffering of the immigrant activists

We live in the same world

Where the West talks about human rights

Then props up those who violate them

In the name of creating jobs and economics

Then rears its ugly head

To those who dare seek refuge from the prop ups

To punish them for existing

Ahmed Mansoor is a dreamy poet, who scatters love like soft raindrops on everyone, and says, “I will make a sun for you with my hands and hang it on the balcony of my heart.” In 2007, the Emirati poet published his first anthology, entitled Beyond the Failure. An excerpt from one of the poems of this collection, entitled “Excess of Fire” talks about time and pain:

Time does not bore my wound anymore

Syrian human rights lawyer and activist, Razan Zaitouneh, chose to live among her people, share their pain, help them, and did not try to leave to escape the serious threats that she received before her abduction, despite the offers she received to migrate to the West. She lived through the siege in Ghouta in the countryside outside Damascus, and on November 18, 2013, she wrote an article entitled, “In the Diaries of the Siege … The resistance is consumed by waiting,” stating:

“I was destined to experience the siege with a friend of mine who spent many years in prison. Hardly an event goes by without her comparing the siege to prison, saying that the two experiences are greatly similar in more ways than one.”

Prominent feminist activist Dr. Hala Al-Dosari read a letter written by Nouf Abdulaziz, published after her arrest on June 6, 2018, including the following paragraph that explains the tragedy that human rights defenders and activists face when they are treated as enemies because of their peaceful human rights activities:

“Hello, my name is Nouf, and I am not a provoker, inciter nor a wrecker, nor a terrorist, nor a criminal or a traitor. I am the daughter to a great mother who suffers because of me—as I think—and a daughter to an honourable and honest family that has undergone a lot of harm because of what happened to me. I am a postgraduate student that never got the chance to finish her education. I usually sum up myself with a few characteristics: a writer, a reading addict since I was six years old, my father tells me that I am intelligent; I am a quiet girl except for the questions that storm my mind.

“In efforts to end this silly introduction, I will talk to you and share some of the questions that overcome my mind: Why is our homeland so small and tight, and why am I considered a criminal or an enemy that threatens it!”

Nassima Al-Sada is a prominent human rights defender from Saudi Arabia who was arrested on July 30, 2018. She wrote many articles defending civil and political rights including women's rights—such as her right to drive a car. In this excerpt from “Dreams of 2014 for the Advancement of Saudi Women,” she talks about unfulfilled dreams:

“We still have a long way to go in achieving the remaining human rights, which are characterised by being indivisible and inalienable. In order for people to exercise them, there must be written mechanisms and procedures and an effective institutional structure that protects, monitors, and oversees their implementation.”

Finally, an excerpt from the poem “To my mother” by Palestinian poet Mahmoud Darwish:

I yearn for my mother's bread,
My mother's coffee,
Mother's brushing touch.
Childhood is raised in me,
Day upon day in me.
And I so cherish life
Because if I died
My mother's tears would shame me.

Our longing for our detained colleagues does not fade but grows day after day so that our dreams grow to make our countries governed by principles of justice, freedom, equality and human dignity.