President Igor Dodon is running for a second term 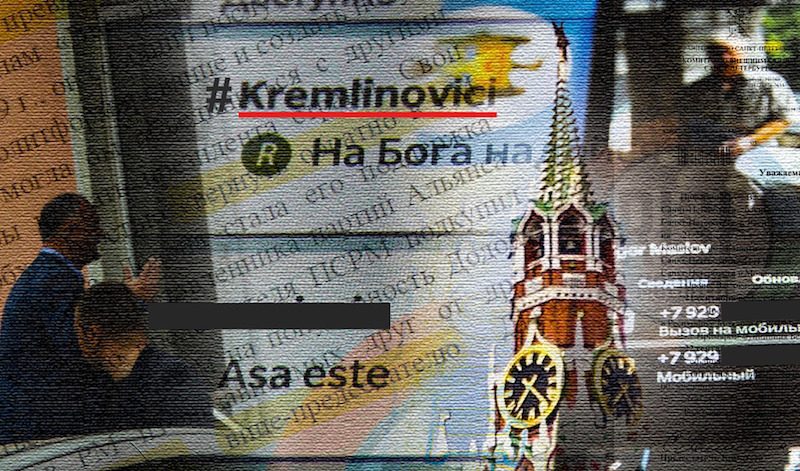 The Republic of Moldova goes to the polls this coming Sunday in the second round of presidential elections, pitching incumbent President Igor Dodon against Maia Sandu of the Party of Action and Solidarity (PAS). Dodon has served as Moldova's president since 2016, when he beat Sandu in a close run-off.

Dodon is the former leader of Moldova's Party of Socialists (PSRM), which is widely regarded as pro-Russian. He relinquished the party leadership upon assuming the presidency and formally runs for reelection as an independent candidate, though has the party's strong support.

Temperatures were running high as soon as campaigning began. But they climbed higher still on October 19 when journalists from RISE Moldova and the Dossier centre published the first chapter of Kremlinovici, a four-part transnational investigation about the influence of the Russian intelligence services on Moldovan politics.

In response, on the day of publication, Russia's Foreign Intelligence Service (SVR) released a statement warning about “preparations for the arrival in Moldova of a group of American ‘colour revolution’ specialists with political tasks”.

The first round of the election was held on November 1. No revolution occurred, “coloured” or otherwise, and nobody could point to the mysterious American specialists. In the meantime, journalists of RISE Moldova had published evidence that Igor Dodon's headquarters had been in close contact with a group of political strategists from Russia, whose involvement in the election campaign had not been declared to the Central Electoral Commission (CEC) by the candidate — as required by Moldovan law.

As one of the authors of the Kremlinovici investigation, I interviewed experts and analysts to learn their views about the Kremlin's possible influence on Dodon, and what might distinguish the second round of this election from the first.

Four of the eight candidates who ran in the first round have since voiced their support for Sandu. These were Andrei Năstase of the Dignity and Truth platform, Tudor Deliu of the Liberal Democratic Party, Octavian Ţîcu of the National Unity Party and Dorin Chirtoacă of the Liberal Party. Renato Usatîi, the Our Party candidate who came third with 16.9 percent of the vote, called on Moldovans simply to vote against Dodon.

Both Dodon and Sandu have changed the focus of their electoral campaigns since the first round.

Maia Sandu no longer emphasises alleged electoral fraud, but calls for a broad political alliance against the incumbent president.

“Once again she's calling for early parliamentary elections, an interesting proposal to those participants in the race were eliminated in the first round but can help Sandu with their votes in the second”, says Sergey Manastîrlî, director of the Balkan-Center institute for analysis, research and forecasting.

Meanwhile, explained Manastîrlî in an interview with GlobalVoices, Dodon has started campaigning for the second round by strongly criticising Sandu personally as well as Moldovan voters abroad, many of whom are her supporters.

“Previously, he deliberately did not pay attention to Maia Sandu and even ignored her invitations to debates. And now he dedicates his first public speech to comparing himself to his opponent”, notes Manastîrlî.

Alexei Tulbure, director of Moldova's Institute for Oral History, agrees that the tenor of the second round has been quite different.

“Dodon has made an aggressive start to the second round. There is none of the certainty, even haughtiness, observed during the first. Igor Dodon intimidates the electorate with the horrors which will befall the country if Sandu is elected. This indicates that on the whole, there's nothing to be held accountable for”, Tulbure told GlobalVoices.

Tulbure, who is also a former parliamentarian and ambassador, draws attention to the fact that the president's statements have lacked nearly any mention of other topics such as the fight against corruption, judicial reform and human rights.

“The priorities of Igor Dodon are barely connected to the country's real agenda”, Tulbure concludes.

The fourth instalment of Kremlinovici concerns a group of Russian political strategists who met with figures from Dodon's entourage before the first round of elections. The investigation also found that the press secretary of Dodon's campaign headquarters was present.

Several experts and political analysts shared their thoughts on what the investigation reveals — and the urgent
questions it raises.

“Political strategists from abroad, including Russia, have always worked in Moldova. They have always been paid under the table, so you won't see the costs for their services in official accounts. In Dodon's case, now that the involvement of Russian political strategists has been unveiled, it's necessary to demand a report on costs”, explains Tulbire.

“During this election campaign, teams of political strategists from France, Germany, Romania, Russia, Ukraine and other places worked for different candidates. Everybody who knows the political consulting market in Moldova knows this very well, but it is not done to discuss it out loud”, acknowledges Balkan-Center's Manastîrlî.

“Inviting foreign political strategists has long since become the rule for Moldovan elections. In general, candidates are afraid to publicly admit that they use the services of these foreign specialists. Perhaps they fear that doing so might make them look weak compared to competitors who do not disclose their list of foreign consultants”, Manastîrlî continues.

“Consulting firms and individual political strategists may indeed work under contract during elections in other countries, but it should be done openly, just like any other commercial contract”, remarks the Russian political analyst Alexander Morozov.

“Otherwise, it is no longer an issue of political consultancy, but toxic interference. The team [of political strategists] is hiding this, refusing contact with the press, and is being hidden by Dodon's apparatus. This is not merely ‘business’, but a ‘special team’ which directly connects Dodon's headquarters with the Presidential Administration of the Russian Federation. That is to say, this amounts to direct [foreign] interference [in the elections]”, wrote Morozov in a November 5 Facebook post reacting to the RISE Moldova investigation.

The first revelations in the Kremlinovici investigation were possible thanks to the “Chernov Archive”, a batch of working documents obtained by the Dossier centre as a result of a leak from Presidential Administration of the Russian Federation, which were then provided to RISE Moldova.

According to documents published in the investigation, Moldovan politicians (including Dodon) would send Moscow advance copies of the texts of their speeches for domestic and international consumption. These would be reviewed by the Kremlin's “Moldova office”, under the auspices of a directorate of the presidential administration led by SVR General Vladimir Chernov. Sometimes the Russian staff would edit the texts of these speeches for their Moldovan partners, developing talking points they could use in the public arena. They even suggested possible fake stories to undermine their Moldovan colleagues’ competitors.

“[Dodon's] actions create the impression that he uses the presidential office for personal benefits. Given the extensive and documented business interests of Dodon in Russia and the fact that Russia is the only country maintaining military troops in Moldova, against the will of Moldovan authorities, Dodon's interactions with Russian officials makes him look like an agent run from the Kremlin's department covering Moldova”, suggests Manzarari. “Moreover, Moldova's president needs to follow specific procedures to share classified documents with unauthorised interlocutors, in particular foreign officials. Similarly, coordinating his policies and actions with Russia is a questionable step, undermining the presidential office, Moldova's sovereignty, and national security”.

Boris Gamurari, a former security services officer and former Moldovan Minister of Defence, sees these revelations as a sign of incompetence.

“Throughout his term, President Dodon frankly shown carelessness in matters of state security […] The security services are obliged to be in the know and inform him about everything in the fullest detail. But to do that, you need a service with professional staff, not former police officers, with its own style and signature way of working”, observed Gamurari in an interview. “Neither he nor they know the golden rule of such a service — there can be friendly countries, but there cannot be friendly intelligence agencies”.