The victims of forced sterilizations in Peru continue to demand justice 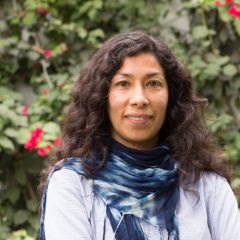 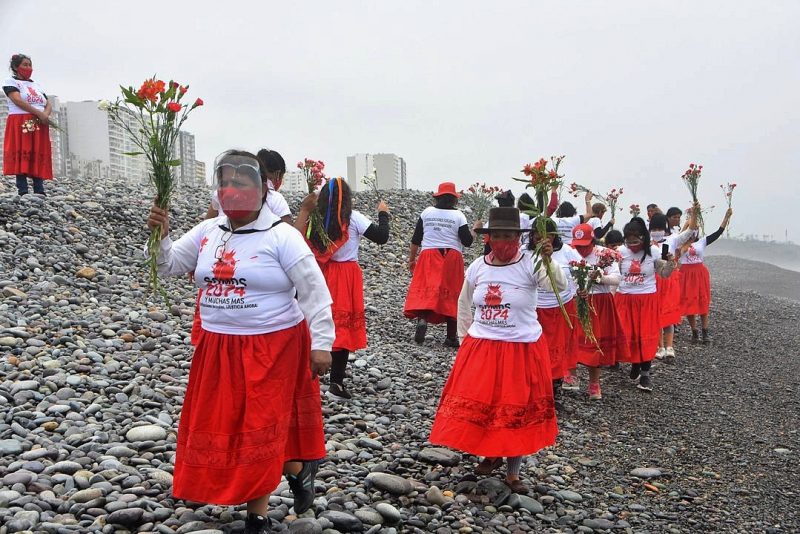 In Peru, during the government of Alberto Fujimori, 244,234 women and 20,693 men were irreversibly sterilized as part of national family planning policies (1996-1999). These forced surgical procedures were denounced as violations of human rights, especially of indigenous populations in rural areas. Currently, 1,321 women continue to pursue the legal process of seeking justice against a policy that infringed their rights over two decades ago.

On September 17, the activist groups of victims gathered to embroider their names on the Peruvian flag, to highlight their case. Dressed in the red and white colours of the national flag, they held a demonstration on the beach in Lima—socially distanced as a measure to prevent the spread of COVID-19—as they continued to denounce the ways in which the Peruvian justice system turned its back on them. Andean women travelled over a thousand kilometers from the mountains to seek justice in the capital. Despite their frustration, they have not given up, but they continue to fight to achieve justice for themselves and for the thousands of other women who have been abused.

The case was opened 18 years ago and a court ruling is still pending in Peru's national justice system. Faced with this situation, five of the victims have appealed to international justice. Their complaint against the Peruvian State was filed before the United Nations Committee on the Elimination of All Forms of Discrimination Against Women (CEDAW) at the end of September 2020. Peru is being sued at the international level for these state practices that violated the bodies of indigenous women. The complaint calls for reparations for those who were harmed by these policies. 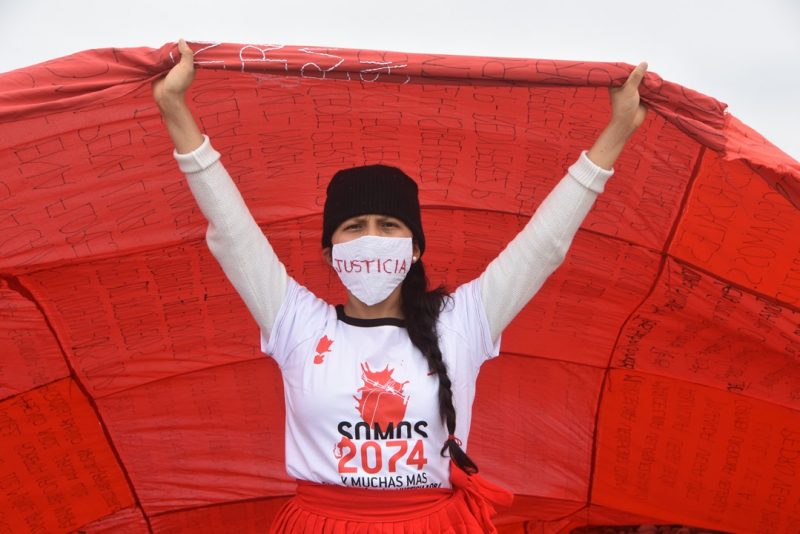 The failure to attain justice in their country re-victimizes women and maintains impunity for human rights violations. This case of forced sterilizations is a clear example that questions the progress of democracy and transitional justice — an adequate redress for victims of mass atrocities during conflicts. It is unacceptable that these violent systemic acts are followed by justice processes that disrespect international agreements to which Peru is a signatory. For this reason, in a country like Peru, where respect for human rights is not guaranteed, where torture by the State and femicide are urgent problems, and where citizens’ protest is criminalized, the victims have few ways to claim justice nationally.

The search for justice means facing a flawed legal and judicial system that exposes victims to indifference and mistreatment by the authorities. On the one hand, the case of forced sterilizations was presented to different national authorities and filed repeatedly for more than a decade. The case opened at the national level as the criminal complaint that Prosecutor Luis Landa filed against Fujimori and the former ministers of health for their responsibility in the implementation of these policies, and it continues to be unjustifiably delayed. On the other hand, the government unfunded its National Registry of Victims of Forced Sterilizations (REVIESPO) after receiving 6,526 applications in two years. 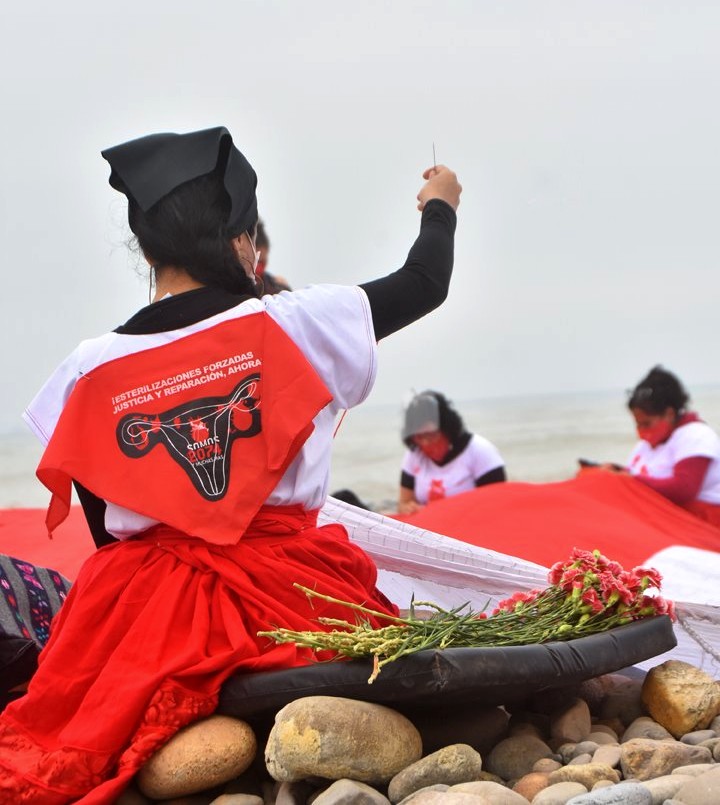 Indigenous women embroider their names on the Peruvian flag as part of the  Somos 2074 y Muchas Más demonstration on September 17, 2020, in Lima, Peru. Photograph by Rosa Villafuerte for DEMUS, used with permission.

Unfortunately, this case reflects the tendency of the Peruvian justice system to obstruct justice, including by delaying court cases or going back and forth on sentences already given. A well-known example is Fujimori's attempts to evade justice after receiving a 25-year prison sentence for crimes against humanity, and later being granted political pardon, which was then overturned. Afterwards, he was forced back to prison.

Therefore, one of the imperative challenges regarding the defense and protection of the victims of this type of human rights violations is to recognize the re-victimization that takes place during the legal processes in matters of sexual violence. An example of re-victimization is to expose the complainant to repeated physical and psychological evaluations that result in reliving the traumatic experience.

When the victims talk about their experiences of suffering, they are asked to provide information to which they did not have access, such as the full names of the health authorities at that time. If they speak about their fear after receiving threats, they are questioned about the physical force used when they were taken to the health center. Thus, after experiencing the violation of their bodies and the disruption of their lives by irreversible surgical interventions, the victims are once again exposed to neglect and marginalization. Therefore, it is essential to demand a legal process that respects the rights of victims, the implementation of protocols that include measures consistent with gender and intercultural approaches, and the inclusion of a psychosocial approach in this type of legal process.

It is also imperative to recognize that the lack of justice generates additional psychological impacts on the victims, as it has been the case in other judicial processes for violation of human rights. These events further affect and stigmatize the victims, damaging their integration into society.

In contrast, there are other possible approaches, such as the active participation of victims in formulating proposals for reparation and monitoring of international judgments. For example, the Sepur Zarco cases in Guatemala or Rosendo Cantú and Fernández Ortega in Mexico recognize the active role and the use of capacities of the victims themselves. This approach allows to build a collective identity and prevents the struggle for justice to become a new challenge in the stigmatization and social exclusion of victims. 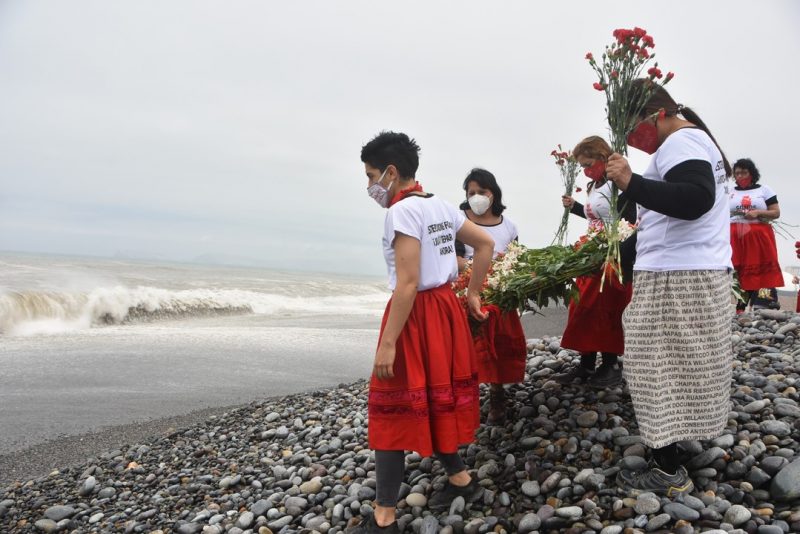 In Peru, Rute Zúñiga, a leader from Cusco and chair of the Association of Peruvian Women Affected by Forced Sterilizations (AMPAEF), calls for the inclusion of women victims when planning reparation policies, which is still an unmet expectation.

The forced sterilizations in Peru and the justice process during the last two decades place the Peruvian State as an offender of human rights infringements for two reasons: the violation of the women's bodies and lives by surgical interventions against their will, and for not imparting justice to its citizens. Despite these obstacles, the victims are claiming their rights and continue to resist, while fighting for guarantees that this injustice will not happen again.