Here are some of the most shared memes by country 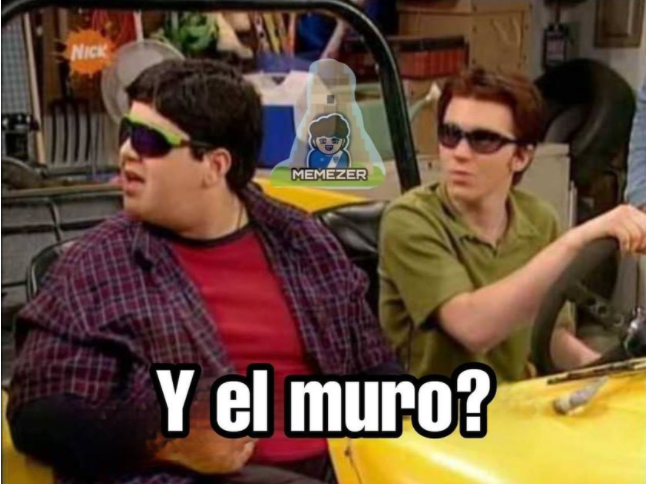 “And the wall?”. Meme widely shared in Guatemala as a commentary of the U.S. 2020 presidential elections’ results.

On November 7, Joe Biden beat out Donald Trump in the 2020 US presidential elections. News outlets quickly began covering reactions from Latin American leaders, but how has Biden's election win (and Trump's loss) been discussed on Facebook?

A simple search on Crowdtangle, a Facebook monitoring tool, gave some anecdotal results. A search using the word “elecciones” (elections) from November 7 to November 9 brought up the most shared images on Facebook per country.

While not a comprehensive polling of people's sentiments, this method offers a glimpse into local political narratives, humor, and commentary.

On November 7, the meme with the most shares in Guatemala refers to the Trump administration's construction of the wall between the United States and Mexico. Tens of thousands of Guatemalans try to migrate to the United States every year as jobs and food are scarce in some parts of Guatemala. Guatemalan children have died in U.S. immigration custody in 2019.

Posted by Memezer on Saturday, November 7, 2020

*Trump loses the election.
Us: and the wall?

The Venezuelan meme that was most shared supports the view that the United States, with Biden at the helm, is in danger of becoming “socialist”. Many Venezuelan American voters supported Trump in the hopes that he would put more pressure on Nicolas Maduro's government which has been accused of authoritarianism and crimes against humanity.

The meme below shows a dog who would rather move to Norway than the United States.

Posted by Valeranísimo on Saturday, November 7, 2020

About the results of the elections…
“Bye-bye American Dream
Next destination: Norway”

The most shared post from Mexico was a meme that expressed the frustration of a news cycle that is focused primarily on US elections. In most parts of Latin America, “gringo” means a US citizen or a foreigner who does not speak Spanish.

Posted by Filosóraptor on Saturday, November 7, 2020

Every day I wake up
And it's still the elections of the gringos!

The most shared post from Argentina is a comic strip by cartoonist Cristian Dzwonik (“Nik”) and creator of Gaturro.

In Colombia, Facebook users shared a self-deprecating post illustrating how people from around the world have been closely following the US elections and expressing relief at Biden's win — and Trump's loss.

The most popular meme from Peru on US elections is a scene from Quentin Tarantino's film “Once upon a Time in Hollywood”. Trump insulted Mexicans as rapists during his 2016 presidential campaign, slapped trade tariffs on Mexico and continued to build a wall between both countries. In the meme, Melania Trump is asking him to wear sunglasses and not show his tears to Mexicans.

Posted by Cinexceso on Saturday, November 7, 2020

“Melania consoling Trump after he lost the elections”

“Put these on.
Don't cry in front of the Mexicans”

In Paraguay, a popular meme features streetfood seller Don Uptaciano Melgarejo who became an internet sensation after renaming his hotdog and choripan (chorizo sandwich) business to “Donald Trump” because of his own likeness with the US President. Melgarejo's business flourished.

Donald Trump is already in Paraguay after losing the U.S. presidential elections ??

Chile's most shared meme is a political commentary on the 2019 protests that erupted in Chile over the inequality and privatization of the economy. These protests were violently repressed by Sebastian Piñera's administration.

The meme uses an image of Piñera's congratulatory tweet to Biden and adds a doctored reply by Biden. The photoshopped Biden reply says he does not speak “perkin” which is Chilean slang for a “puppet” or someone who has low willpower.

Posted by Oposicion a Piñera on Saturday, November 7, 2020

Sebastian Piñera: Congratulations @JoeBiden, next President of the United States and to @KamalaHarris, for your victory in the election. Chile and the United States share values like freedom, defense of human rights as well as challenges such as peace and protection of the environment.

Joe Biden: Sorry, I do not speak perkin.