New online media outlets in Colombia you should follow 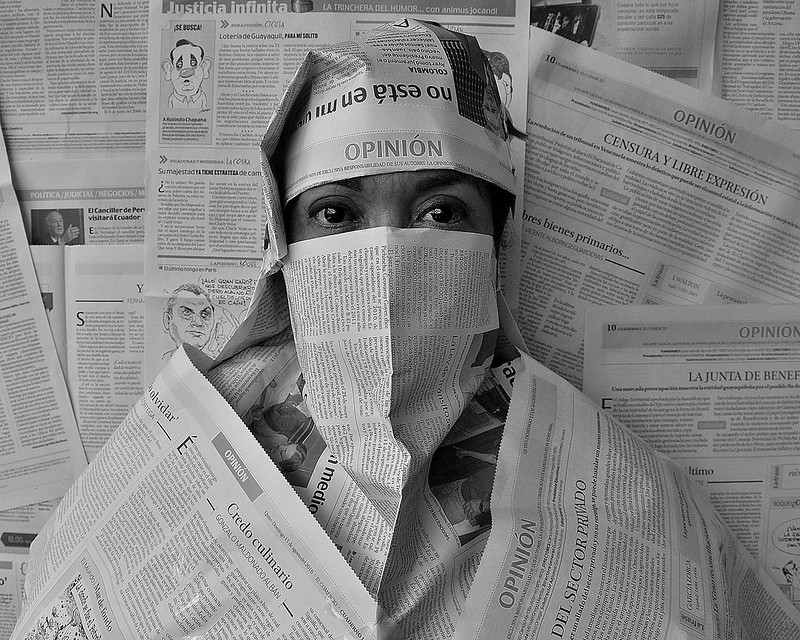 Colombia is one of the world’s most dangerous countries for journalists and broadcasters. Threats and harassment by those involved in drug trafficking and armed groups are commonplace, and journalists frequently self-censor in order to avoid reprisals.

In addition, Colombian mainstream media's close links to business empires and politicians undermine editorial independence, according to Reporters Without Borders. Most media outlets in Colombia are owned by only three conglomerates.

Structural limitations of democracy and the social purpose of the media in Colombia. How much regulation is needed in order to prevent, for example, economic groups from taking over the majority of the media.

Recently, new media outlets have sprung up, challenging the traditional media monopolies. Below is a list of five independent digital media platforms in Colombia to follow.

Every Sunday, three well-known journalists in Colombia, all of them named Daniel, read their columns live on social media. Their posts have become very popular: One recent video, which features the journalists Jorge Ramos and Enrique Santos Calderón as guests, received over 65,000 views on YouTube. From November, the award-winning journalist Santos Calderón will officially remain as the fourth columnist of Los Danieles, which means “the Daniels.”

Los Danieles began after Daniel Coronell was fired in April 2020 from the Colombian magazine Semana for writing about the publication's shareholders. On his last column at Semana, he wrote: “Semana’s shareholders own the brand, its magnificent office building, the equipment, the furniture and fixtures, but not the information. The information is public property and can only be used for the benefit of the citizens, not for corporate retaliation.”

Coronell’s dismissal, which he announced on Twitter, sparked outrage on social media. He also gained the support of one of his colleagues, the writer and YouTuber Daniel Samper Ospina, who handed in his resignation to Semana out of solidarity with Coronell. Together they decided to set up an independent, virtual media platform and were later joined by the journalist and writer, Daniel Samper Piza.

Euphemisms for [Colombian President] Duque
It is therefore noteworthy that during his term of office there are no assassinations but conflicts; there are no massacres but collective homicides; there is no talk of corruption but of rotten apples.

The three Daniels named their column “Columnas sin techo” (“columns with no ceilings”), for having developed this project without sponsorships or assistance from any traditional media outlet. They say on their live broadcasts that their “techo” (roof) is made up of their following and readership, which have been increasing significantly.

La Nueva Prensa, or “the new press,” whose motto is “la verdad sea dicha” (“truth be told”), is a news site created by Gonzalo Guillén.

The site has been very critical of the former right-wing president Álvaro Uribe Vélez, as well as President Ivan Duque's government. La Nueva Prensa is supported by crowdfunding and donations by organizations.

This year, Guillén and other Nueva Prensa colleagues received death threats after reporting on the murdered drug trafficker Ñeñe Hernández, who was allegedly involved in a vote-buying scheme in favor of President Duque at the latest elections.

Pilot from the Sinaloa Cartel who transported Álvaro Uribe and Iván Duque worked for a company that has contracts with Colombia's Civil Aviation Department.

Escobar stressed that the objective of the new site, which was launched in the midst of the pandemic on June 1, is “to not do business with the state, not because that would be bad, but in order to stay independent.” The site is funded by the sale of tickets for workshops and donations from readers.

In partnership with @fes.col in Colombia, Vorágine presents the incredible story of Ladicel Mosquera, regional leader of one of the country's largest trade unions for domestic workers. We invite you to read the full story at www.voragine.co

Notiparaco is run by Levy Rincón, who invites a wide range of well-known personalities on to his live shows for open, uncensored debates on current affairs. Levy Rincón has received numerous threats but continues to conduct interviews and to speak out on social media against what he calls the dictatorship of the party led by the former president, Álvaro Uribe Vélez. Rolling Stone magazine described Levy as “one of the online personalities who speaks from the fringes without fear of those in power.”

The following video features an interview with the Colombian lawyer and activist Miguel Angel del Río, who also refers to the growing power of alternative media sources. Furthermore, del Río stresses the importance and potential of these new forms of media, as they are distinct and independent from the traditional media, which is influenced by the government. He calls for people to be critical and “to put everything under the microscope” in order to create a new model of society.

Tercer Canal‘s slogan is “everything remains to be seen.” This YouTube channel features critical analyses of current affairs from a progressive perspective. It was co-founded in March 2020 by Hollan Morris, a journalist and former candidate for Mayor of Bogotá who returned from self-exile in 2012, having left Colombia due to death threats. On his channel, he aims to “promote and value the 1991 Constitution of Colombia, a culture of peace that respects the environment and the defense of human rights.”

Through the use of a song, the following video draws attention to the Minga Indígena, a movement formed by indigenous peoples from across Colombia, in particular from the department of Cauca. At the end of October, the group traveled to the capital Bogotá with the aim of meeting President Duque, who chose not to receive them. The group demands the state puts a stop to the massacres of their communities and murders of their leaders.