The rising authoritarian crackdown on online freedoms in the continent 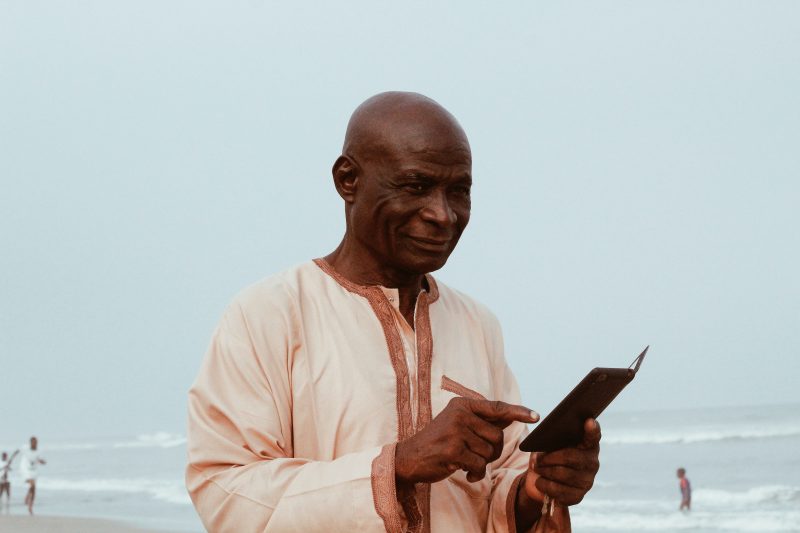 An elderly man takes a stroll at a beach while checking his mobile phone. Photo by Muhammadtaha Ibrahim Ma'aji from Pexels, July 15, 2019, Free to use.

Editor’s note: This is a two-part analysis on the growing trend of using school examinations, mass protests or elections as a ruse to either switch off the internet or clamp down on digital media in six African countries: Algeria, Ethiopia, Guinea, Nigeria, Sudan and Tanzania. Read Part I here.

On March 20, authorities switched off the internet ahead of a constitutional referendum that paved the way for Guinea President Alpha Conde, 82, to run for a third term.

⚠️Confirmed: Internet has been shut down across #Guinea as of 8pm UTC ahead of elections; real time network data show national connectivity at 12% of ordinary levels; cut comes hours after operator GUILAB assured net would not be cut for maintenance ?

A three-hour internet outage preceded a social media blackout on March 20, which was followed by a complete internet shutdown that lasted 24 hours throughout the voting period for the constitutional referendum and legislative elections on March 22.

Conde, who has served as President since 2010, was due to exit after completing two five-year terms. Conde favored a constitutional reform that reset the presidential term limits “to zero for him,” by changing the presidential term from five to six years, with a possibility of two terms in office, states the German DW news agency.

However, a coalition of politicians and activists with the National Front for the Defence of the Constitution (FNDC) widely resisted Conde’s tampering with the constitutional term limits. His proposal also ignited violent clashes along ethnic lines that left 32 people dead and about 90 injured.

Conde won a third term on October 24, with 2.4 million votes, beating his closest rival, Cellou Dalein Diallo, who secured 1.26 million votes. However, the elections were fraught with accusations of large-scale fraud that sparked violent protests across the country and claimed the lives of three policemen.

It also led to another internet shutdown, according to the BBC.

From September 16-24, the Sudanese government temporarily shut down mobile internet during the national secondary school certificate examinations. Previous digital blackouts in Sudan occurred in September 2013 and June and July 2019.

READ MORE: Internet shutdowns in Sudan: The story behind the numbers and statistics

The Sudanese Telecommunication and Postal Regulatory Authority said in a press release that the “cutting off of the internet service from mobile SIM cards” was necessary to protect “the interest of students and the reputation of the Sudanese education.”

Zain, one of Sudan’s main service providers, sent a notification to customers to explain that the internet suspension was “upon the direction of the judicial authorities.”

The mechanism used for this shutdown — disabling mobile data — was the same one used in the 2019 shutdown, when local internet service providers (ISPs) in Sudan only disabled the access point name or APN. Fixed-line services like ADSL, Wireless leased line and optical fiber were working normally.

This morning at 8:15 AM. It'll comeback again at 11:00 AM after finishing the exam session. This process will continue until September 24, 2020.
Below picture is the notification from ZAIN SUDAN. pic.twitter.com/hQkhyVJrWD

Widespread throttling of internet services occurred in Tanzania barely 24 hours before the country’s presidential election on October 28. The restriction confirmed digital activists’ fears back in August of a digital blackout during the election.

Incumbent President John Magufuli with the ruling Revolutionary party triumphed with over 12 million votes over the main opposition candidate, Tundu Lissu, who got less than 2 million votes. The Tanzanian poll fell “way below the acceptable international standards” of credible and fair elections, according to the Tanzania Elections Watch, a regional civic organization.

Tanzania has been on a steady decline toward authoritarianism according to Dan Paget, a lecturer in politics at the University of Aberdeen, who points to an “absence of an independent electoral commission and independent courts.”

Widespread police intimidation of the opposition confirms the emergence of “a deeper and further-reaching authoritarian agenda” by Magufuli’s government, noted Paget.

On November 3, Tanzanian police confirmed the arrest of Lissu and other members of the opposition Chadema party.

Limited internet access persisted for approximately a week after the election, as reports continued of arrests and detentions of opposition candidates with Chadema and ACT-Wazalendo. 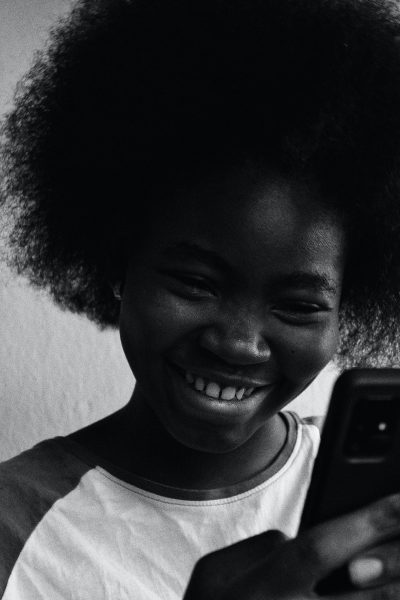 A young Nigerian lady smiles as she surfs the internet via her smart phone. Photo by Muhammadtaha Ibrahim Ma'aji from Pexels, April 06, 2020, Free to use.

For most of October, the youth-led #EndSARS movement against police brutality held protests throughout Nigeria and the diaspora. The Special Anti-Robbery Squad (SARS) of the Nigerian police has been complicit in arresting, intimidating, torture and extrajudicial killings of Nigerians — especially youth.

This protest was conceived, mobilized and spiraled from social media to the streets.

On October 20, police shot at #EndSARS protesters at Lekki Toll Gate in Lagos, killing at least 12 people and injuring several others.

The government, visibly embarrassed by international condemnations that trailed the shooting, is threatening to clamp down on social media in the country.

Nigeria’s minister of information, Lai Mohammed, described social media as “a time bomb” that propagates “fake news.” Mohammed called for the regulation of social media, citing China as a model to imitate: “When we went to China, we could not get Google, Facebook and Instagram.” he said during a press conference on October 27 .

Northern governors in Nigeria also support a clampdown on social media. Additionally, the federal government is already cracking down on prominent social media users who galvanized support for the protests by compiling a “no-fly list,” reports the People's Gazette, a Nigerian online news agency.

The looming crackdown on social media was exacerbated on November 4, when a court in Abuja, the nation’s capital, granted the Central Bank of Nigeria's request to “freeze the accounts of 19 individuals and a public affairs company” associated to the #EndSARS movement, says TheCable, an online newspaper.

As netizens online continue to challenge African democracies, more internet blackouts will likely occur and violations against the right to freedom of expression will continue to multiply — especially during elections and political upheaval.

Keeping the internet free and open in Africa is fundamental to building a democratic culture that many African governments claim they want.

Without a vibrant digital public sphere that holds state actors accountable, authoritarian tendencies thrive. Switching off of the internet at a whim or blocking social media is an ominous sign of a deeply problematic system of governance.

With increasing threats to online freedom of expression, democracy in Africa remains on trial.