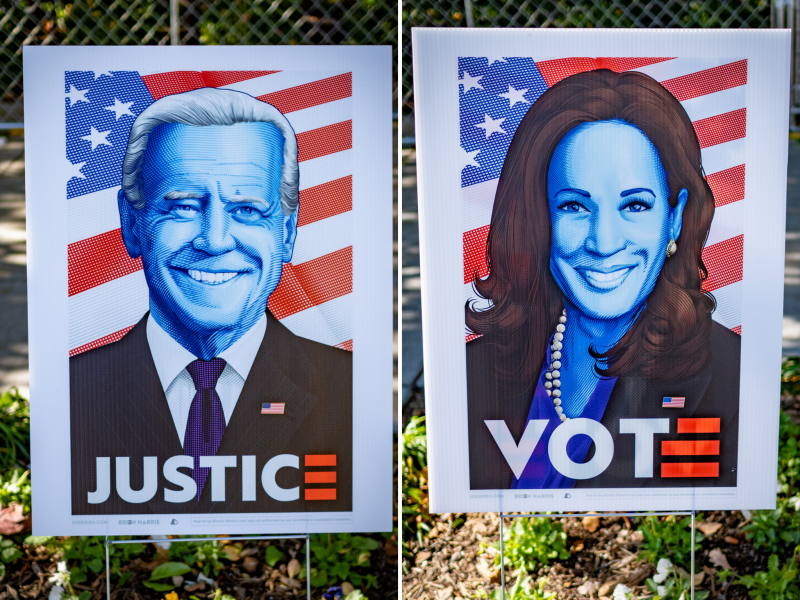 Images of Joe Biden and Kamala Harris by Ted Eytan on Flickr, both CC BY-SA 2.0.

On a gloomy Saturday morning, as the island continued to feel the effects from the outer bands of Tropical Storm Eta, and as COVID-19 cases continued to climb, Jamaican netizens erupted in celebration as Joe Biden and Kamala Harris were announced as president-elect and vice president-elect of the United States.

As was the case across the region, there was a flurry of humorous memes shared on social media channels, including via WhatsApp groups, but Jamaican social media — which enjoys a musical take on things — put their own stamp on the victory by sharing a video of a Philadelphia street party playing the music of the late “Toots” Hibbert‘s famous feel-good song “What a Bam Bam” (a title that means “What excitement”):

from ‘Jamaican Song and Story’ 1907 by Walter Jekyll; English clergyman & planter in Jamaica; collected songs and stories from descendants of enslaved Africans. Covered over the years by countless mento and calypso singers.https://t.co/OQMG42F99w pic.twitter.com/eyNjOo5HMN

Performer Nadine Sutherland updated one of her old dancehall hits in honour of Kamala Harris and posted the remix to Twitter:

America will have its first female Vice President in the person of Kamala Harris, and we are proud that she bears Jamaican heritage. pic.twitter.com/1Ovte7F2YP

A resident of St. Ann (the birthplace of Harris’ father) followed up:

1. Covid-19 has a lot of people staying inside.
2. Brown’s Town, ST. ANN Jamaica is also in the house. ?? pic.twitter.com/uDxhWbmhYn

However, one local media personality felt that Jamaicans should not be so quick to claim Harris:

Ya'll gonna get your feelings hurt if you believe she's Jamaican too.

Nevertheless, there was acknowledgement of Harris’ Indian heritage too, and several social media users got quite emotional:

Many social media users, who loved Harris’ reaction to the news of the Democrats’ victory, retweeted her:

We did it, @JoeBiden. pic.twitter.com/oCgeylsjB4

The US election eclipsed a smaller, local political poll, in which delegates to the People's National Party — currently in opposition — chose a new leader. People were generally much more inclined to discuss their disappointment in how Florida voted than their views on local party politics. South Florida is sometimes called “Kingston 21″ as around 300,000 Jamaicans live there.

Jamaicans were delighted with the final result, however, and took little digs at the outgoing president:

BREAKING NEWS
Jamaica to send JUTC [Jamaica Urban Transit Company] buses to assist with speedy removal of all that stuff from 1600 Pennsylvania Avenue. Thanks to Kamala Harris’ connections.