Northeast Tobago named a UNESCO ‘Man and the Biosphere Reserve’

The aim is for man and nature to harmoniously coexist 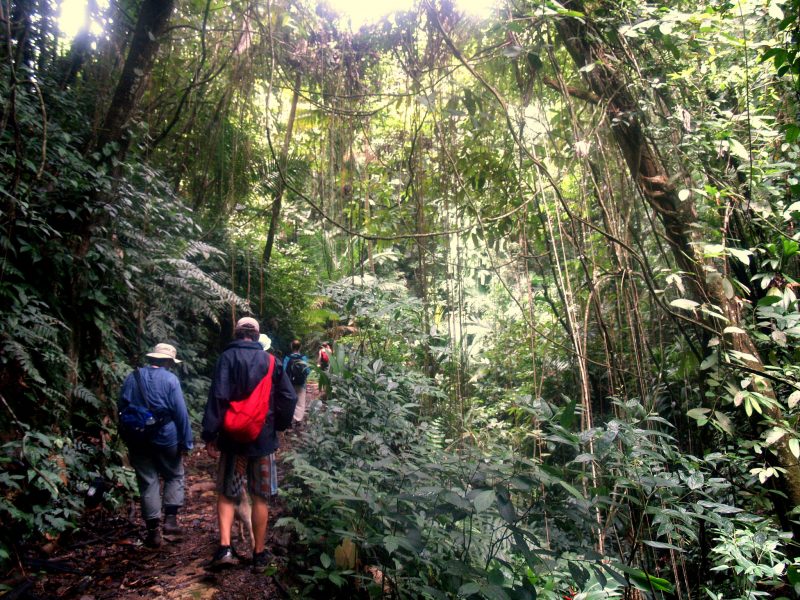 Nature enthusiasts trek along the Gilpin Trace Rainforest Trail at the Tobago Main Ridge Forest Reserve, which was first established in 1776. Photo by Aivar Ruukel on Flickr, CC BY-SA 2.0.

The designation of Northeast Tobago as a United Nations Educational, Scientific and Cultural Organisation (UNESCO) Man and the Biosphere (MAB) Reserve has led to celebration among advocates of sustainable development in Tobago, who say the island stands to benefit enormously from the coveted title.

This distinction, which the Man and the Biosphere International Coordinating Committee announced on October 28, places Northeast Tobago on a list of 714 UNESCO biosphere reserves worldwide. Other biosphere reserves include famous destinations like Mount Olympus in Greece and Komodo National Park in Indonesia.

A biosphere reserve is an area that recognised for its unique biodiversity, valued environment and the sustainable way of life practiced by its human inhabitants. UNESCO awards the designation with a view to fostering a more harmonious relationship between man and nature. This is achieved by reconciling human activity with the conservation of biodiversity, and by establishing a scientific basis for the sustainable management of the biosphere’s natural resources.

The backbone of Tobago

Northeast Tobago’s UNESCO biosphere reserve spans 83,488 hectares, with a marine area of 68,384 hectares, and is teeming with life. A range of 1,774 different species of flora and fauna, across 19 different types of habitats, call the biosphere home. The area is shared with 10,000 Northeast Tobago residents who live within the biosphere and who, in many cases, depend on conservation of biodiversity to sustain their livelihoods.

The biosphere features 41 endemic species and as many as 83 of the species living there appear on the International Union for Conservation of Nature (IUCN) Red List of Threatened Species. The most outstanding species in the biosphere, according to UNESCO, is the Campylopterus Ensipennis, more commonly known as the White-tailed Sabrewing Hummingbird. This rare and stunning creature, endemic to Tobago, was once believed extinct after Hurricane Flora destroyed most of Tobago's rainforest habitat in 1963. 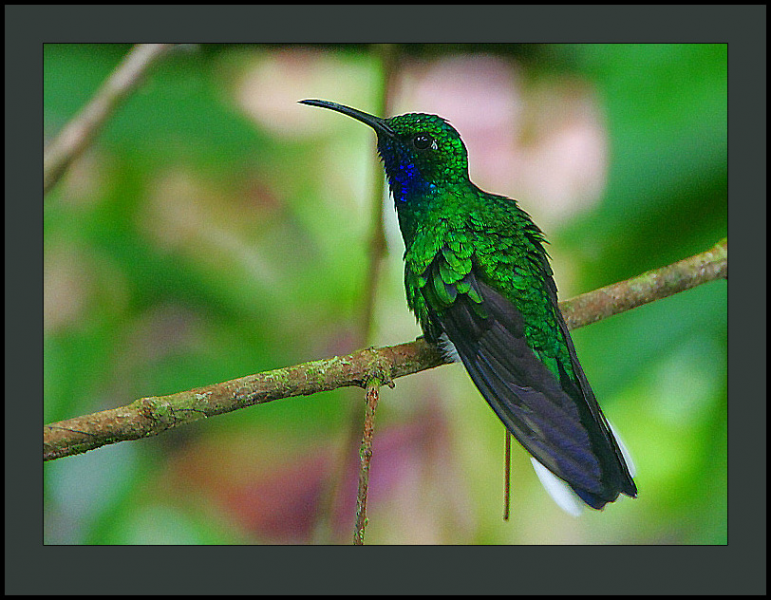 Since then, the rainforest has made a remarkable comeback: Tobago’s UNESCO biosphere reserve is now the largest such site in the English-speaking Caribbean, spanning 15 communities — from Belle Garden in the east, to Moriah, in the northern part of the island. The only UNESCO biosphere reserve in the region that is more expansive is the Archipel de la Guadeloupe, located in the French overseas territory.

A big win for sustainable development

On its website, UNESCO describes biospheres as learning places for sustainable development that provide “local solutions to global challenges.” The designation is meant to encourage research that uses a combined approach between natural and social sciences to improve human livelihoods and to manage natural and controlled ecosystems. Once every decade, UNESCO conducts a periodic review on the functioning of the reserves and the involvement of native populations.

Environmentalists in Trinidad and Tobago are hopeful that the title of UNESCO biosphere reserve will incentivise locals to diversify the economy toward sustainability in order to retain the designation for future generations.

Aljoscha Wothke, the chief executive officer of Environmental Research Institute Charlotteville (ERIC), described the programme as a “tool” that Tobagonians have to “pick up and use” — meaning that the government, private sector and civil society would all have to work together for the MAB designation to be successful.

Ancil Dennis, Chief Secretary in the Tobago House of Assembly (THA), welcomed the news of North East Tobago’s designation as a UNESCO biosphere reserve, calling it proof that sustainable development for Tobago is paramount:

This man and biosphere designation is only an opportunity for us to improve the management and protection of our natural and cultural heritage — two areas that have always been extremely important to us here in Tobago.

In other THA video celebrating the milestone, spearfisher Ojani Walker said Tobago's UNESCO designation was a great incentive for the recovery of beaches, reefs, and the environment, while certified tour guide Darlington Chance believed it would bring a lot of interest to Tobago and help generate income for the island's tourism sector. “If we don’t protect [nature], we will not have it,” he added, as he laid out his vision for a sustainable future.

Also featured in the video series was Patricia Turpin, vice president of the nongovernmental organisation, Environment Tobago. Having lived in Northeast Tobago for the last 45 years, she called on fellow residents to “work together with those who are running this programme” to conserve the beauty and biodiversity of the area, even as the island grapples with the effects of the climate crisis.

As far as environmentalists are concerned, the UNESCO Man and the Biosphere Reserve designation should inspire both an urgency to conserve and a sense of national pride for every citizen of Trinidad and Tobago.