Rohingya denied of the right to vote in Myanmar, again

Around 1.7 million Rohingya barred from voting 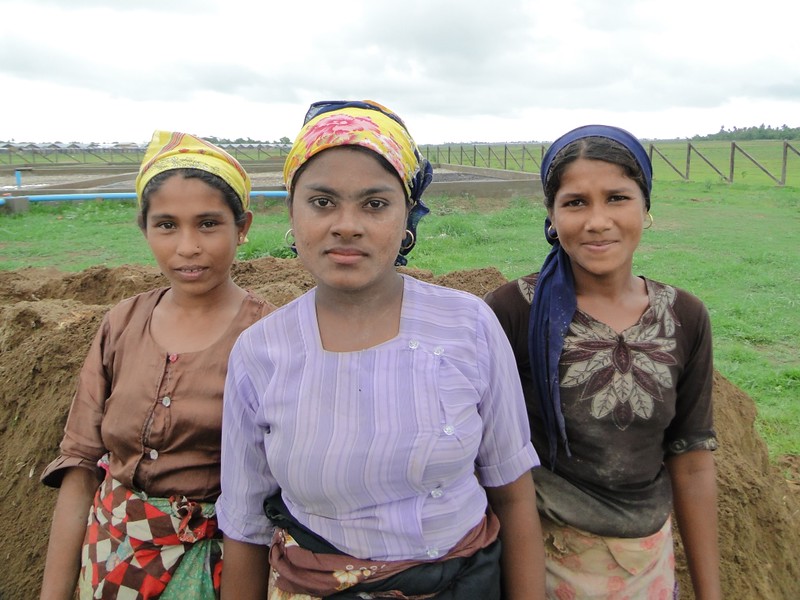 Myanmar continues to deny citizenship and voting rights to Rohingya despite appeals from human rights groups to make the November 8 election more inclusive, credible, free, and fair. Myanmar has more than 130 ethnic groups but refuses to recognize the Rohingya.

Myanmar was under a military dictatorship for several decades until it transitioned to civilian rule by holding an election in 2010. During that time, the Rohingya were allowed to vote and three Rohingya candidates won and became Members of Parliament.

However, the military-backed government used the 1982 Citizenship Law to exclude the Rohingya in the 2015 election. The law is described as discriminatory since it requires individuals to present “conclusive evidence” that they or their parents entered the country before 1948.

The 2015 election saw the historic landslide victory of the opposition National League for Democracy (NLD). But instead of reversing the discriminatory policies of the previous military regime, the NLD-led government continued to isolate the Rohingya and was even accused of abetting the atrocities committed by ultra-nationalists against the persecuted ethnic group.

As the country inches closer to another national election in November, the “political disenfranchisement” of the Rohingya continues. At least six Rohingya candidates were barred by the Union Election Commission (UEC) from participating in the election because of citizenship issues. The UEC cited an election law requiring candidates to prove the citizenship of their parents as a basis to disqualify the Rohingya.

Roughly 1.7 million Rohingya will be unable to cast their votes. This includes the one million Rohingya forced to flee Myanmar in 2017 because of military operations and are currently residing in refugee camps in neighboring Bangladesh.

Several Rohingya groups in Bangladesh wrote a letter urging the UEC to uphold their right to vote through the overseas voting mechanism:

As citizens of Myanmar, we hold the right to vote. We had the right to vote until 2015 when we were blocked. The Myanmar government has stripped us of our citizenship and ability to participate in political life.

Tun Khin from the Burmese Rohingya Organisation UK pointed out that the Rohingya had previously voted in Myanmar:

My grandfather was a parliamentary secretary in Myanmar. We have voted in this country, our home, for decades before the government decided to exclude us in 2015. Many Rohingya supported Aung San Suu Kyi in the last election, but discrimination and genocidal policies have only worsened since the National League for Democracy took office.

Aung San Suu Kyi is the NLD leader and Nobel Laureate who fought the military dictatorship and was an icon of the pro-democracy movement.

Saed Makhlaswi, a resident of Rakhine State, told Nikkei Asia news about the exclusion of the Rohingya from the election campaign activities:

We are not considered as citizens. Even though some of us have eligible documents to have the chance to vote, there is no preparation of the ballots nor voter registration in our area. It is like the election is not going to happen in our area.

mVoter 2020, a voter education app developed in partnership with UEC and International Institute for Democracy and Electoral Assistance (International IDEA) under the European Union-funded STEP Democracy program, was criticized by activists for highlighting the race and religion of candidates and their parents in the election database. A Rohingya candidate was listed in the app as a Bengali, a derogatory term used by authorities to identify the Rohingya.

Candidate Aye Win: “There’s nothing I can do…They’ll just describe me as they like. But I’m a #Rohingya, of course.” He is described as “Bengali Bamar” on mVoter app, project by @Int_IDEA @Asia_Foundation UEC & EU. This violates human rights https://t.co/3UhnwV80uS pic.twitter.com/Vk6EAMb9ys

Justice For Myanmar, a website blocked in Myanmar for its critical reports against the military, said the app “explicitly directs Myanmar voters to consider race and religion, when they should be considering candidates based on their merits and political platform, regardless of cultural background or religious belief.” It added:

Instead of providing access to much-needed, accurate information for voters, the mVoter 2020 app risks inflaming ethnic and religious nationalism during the election. The publicising of candidate race and religion would be unacceptable to voters in donor countries, and is unacceptable in Myanmar.

The Stockholm-based International IDEA, one of the groups which launched the app, had decided to withdraw its association with the mVoter2020 app.

Ethnic conflict has led to violent clashes in recent years. The Rohingya were often targeted by ultra-nationalist Buddhists who spread hate speech in attacking the ethnic minority. Yee Mon Htun, a member of a research team which released a report about the need to counter hate speech ahead of the election, highlighted the seriousness of the problem:

Hate speech in Myanmar has been designed to provoke, incite violence, discrimination and hatred that has in turn fueled violations of its ethnic and religious minority communities’ human rights and in the case of the Rohingya, it has enabled genocidal violence and atrocities.

It is not only the Rohingya who will be unable to vote on November 8. The UEC has canceled voting in 56 townships citing security risks. This decision, which will disenfranchise at least 1.4 million voters, has been criticized as arbitrary and lacking in transparency.

Ravina Shamdasani, the spokesperson for the UN High Commissioner for Human Rights, assailed the restrictions placed on minority groups:

We have serious concerns about the human rights situation in Myanmar ahead of its general elections on 8 November. These include violations of the right to political participation, particularly of minority groups — including, disproportionately, the Rohingya Muslim and ethnic Rakhine population in Rakhine State.

It’s appalling that Aung San Suu Kyi is determined to hold an election that excludes Rohingya voters and candidates. She knows that real democracy cannot flourish in an apartheid regime imposed on the Rohingya.

And finally, research and advocacy group Progressive Voice blamed the military for creating instability in the ethnic communities:

While the situation of armed conflict is certainly serious in Rakhine State and other ethnic states in Myanmar, what the UEC does not mention is that it is the military offensives and militarization of the Myanmar military that creates this insecurity cited

That many people living in Rakhine, Shan and Kachin States are not able to vote is added to by the blatant disenfranchisement of the Rohingya, who, despite being able to vote in 2010, have been barred from voting in 2015 and this upcoming election.