Governments should 'support this co-creation of knowledge' 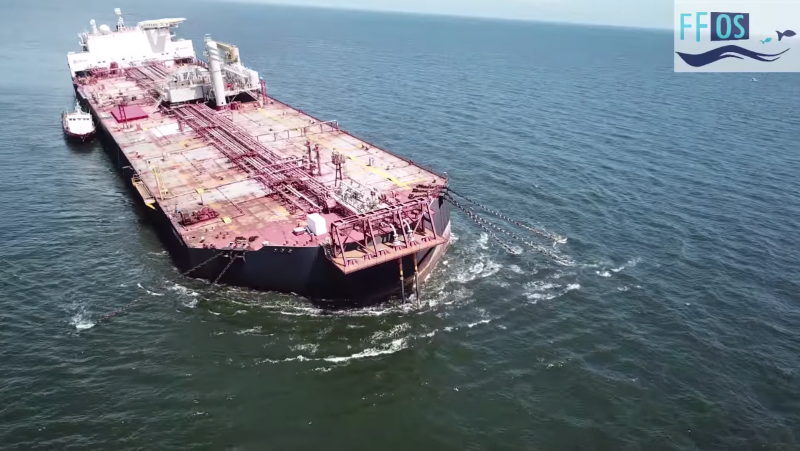 Screenshot of the FSO (Floating Storage and Offloading Unit) Nabarima, the vessel in danger of sinking and creating a huge oil spill in the Gulf of Paria, taken from a video uploaded by Fishermen and Friends of the Sea, the Trinidad and Tobago-based non-governmental organisation that raised the alarm about the situation.

The unrelenting public campaign around the troubled FSO Nabarima over the past few months has underlined two critical features of Trinidad and Tobago’s sustainability journey. First of all, the power that activist groups and citizens have in the palm of their hands, through social media and other digital platforms, is immense and far-reaching. Secondly, keeping information under wraps, to be dispensed intermittently, is not the way that 21st-century governments pursuing a sustainable development agenda ought to interact with their public.

One might argue that one of the main reasons the initial public outcry championed by activist group Fishermen and Friends of the Sea (FFOS) became the furore it did, was because of the public’s perception that FFOS and other civil society groups were shining a light in the darkness of state secrecy. This juxtaposition is how any good story captures one’s imagination—it immediately sets up the villain and the hero. This massive public outcry and push for government action is something that also seems familiar today and feeds into the growing sense of social justice towards more participatory democracies. From #BLM to #EndSARS, people are not settling for one-sided information channels. As people become less satisfied with the information in the public domain, the barriers preventing them from collecting and communicating their own information get lower and lower each day.

However, the lack of information from the halls of government does nothing except undermine the good work that the government has actually undertaken around the Nabarima situation. The Ministry of Foreign and Caribbean Community (CARICOM) Affairs’ diplomatic initiatives with the Venezuelan government and other interested jurisdictions have recently come to light, with the minister revealing that several diplomatic notes and other interventions were part of a process that started in August. Most noteworthy was his recognition of the importance of the civil society public pressure on the government’s continued action. It was also clear that the Ministry of Energy and Energy Industries (MEEI) and other key state agencies responsible for environmental management had been hard at work applying good science to oil-spill modelling and other mitigation activities, behind the scenes.

Why then, were the two complementary streams—the public’s desire for transparency and the government’s own attempts to be proactive–allowed to crash into one another, resulting in what appeared to be narratives of governmental irresponsibility, activist ego games, partisan politics and American hegemony in Caribbean affairs?

The key word here is transparency or lack thereof. People are more likely now to engage in co-collection of information and the collaborative dissemination of this information. This is the reality of the world in which we live. The inability of governments to be able to support this co-creation of knowledge will catalyse nothing more than ongoing and growing distrust of their citizens.

The FSO Nabarima, as well as the degrading infrastructure of decades of oil and gas industry scattered around Venezuela and Trinidad and Tobago, poses a significant environmental threat to the entire Caribbean region. The public’s reaction, both home and abroad, was an important indicator that people are recognising the critical importance of our natural environment to our continued safety and security in a world that is being hit by health, economic and social crises, all within the most existential threat of all—climate change.

In Trinidad and Tobago, the principles of public transparency and accountability in environmental issues are enshrined across the board, with one of the more robust environmental legislative and policy frameworks in the region. Transparency and accountability can be found in the right of any citizen to bring direct party action in The Environmental Commission, to legal obligations for public participation in the Environmental Management Act and the enshrinement of these principles in the National Environmental Policy. However, as the Stockholm Environmental Institute puts it, “public input does not improve the quality of decision-making if the right people are not in the room (i.e., those with unique information) or decision-makers do not actually take that information into account […] public participation can breed distrust and conflict if the public does not perceive the process as fair.” 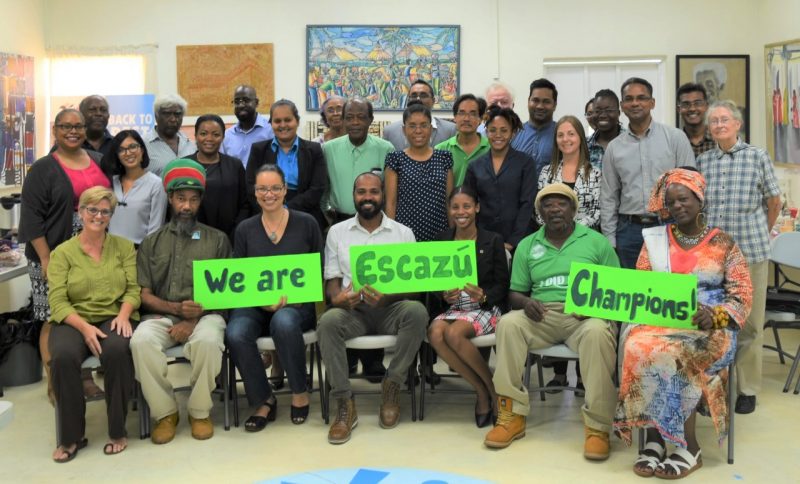 Omar Mohammed (third row, third from right) and other civil society representatives in Trinidad and Tobago advocate for their country to sign the Escazú Agreement. Photo courtesy Omar Mohammed, used with permission.

The government must, therefore, create and allow the space for civil society’s vigorous attempts at increased transparency and accountability, and must fully commit to a modern and transparent government. Many avenues are available for it to do so while improving its own capacity to deliver on its promises. Two such opportunities follow.

First is acceding to the Escazú Agreement (Regional Agreement on Access to Information, Public Participation and Justice in Environmental Matters in Latin America and the Caribbean), which is the first human rights treaty for environmental issues that speaks directly to ensuring access to information, citizen participation and access to justice in environmental matters. Trinidad and Tobago has not yet acceded, with one more signature needed for the agreement to enter into force.

Second is the revisiting of the Open Government Partnership, an international movement “based on the idea that an open government is more accessible, more responsive, and more accountable to citizens, and that improving the relationship between people and their government has long-term, exponential benefits for everyone.” Trinidad and Tobago committed to join the OGP in 2012, saying that “the Republic of Trinidad and Tobago advocates that inclusivity, participation and transparency are the pillars of effective democratic governance.” However, in December 2019, Trinidad and Tobago was removed as an OGP country due to lack of action.

We will not be able to achieve the goals of environmental sustainability that we as a country have set out to achieve if we do not lean into transparency and accountability–both of which foster greater public participation. No longer do we live in societies that are satisfied with top-down, monolithic decision-making about things that impact our lives. If development is intended to “leave no one behind,” which the Sustainable Development Goals are premised on, development needs to be co-created. However, this co-creation cannot happen unless we all commit to a country that is built on transparency, participation and accountability.

Omar Mohammed is the CEO of The Cropper Foundation, a not-for-profit organisation that has spent the past 20 years advocating for the ideals of sustainable development, equity and justice in the Caribbean region. He has an undergraduate degree in environmental science and an MBA from the University of the West Indies. He is currently researching how Caribbean civil society leaders make cognitive sense of climate change, through work towards an MSt in Sustainability Leadership at the University of Cambridge Institute for Sustainability Leadership.