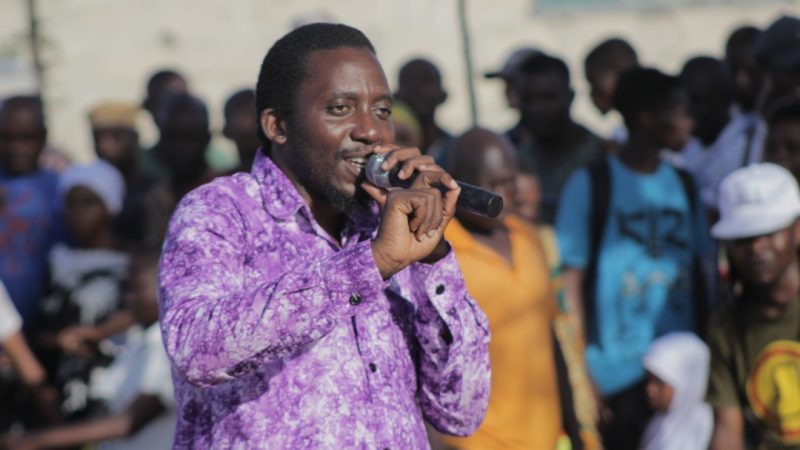 With just 24 hours before Tanzanians head to the polls to vote in the general election on October 28, two well-known musicians from Tanzania swap their songs for speeches as they ramp up their campaigns for parliamentary seats in Tanzania's national assembly.

ACT-Wazalendo, a democratic socialist party registered in May 2014, is the political engine of opposition leader Zitto Kabwe. The party mainly focuses on social security, participatory economies, health care, and education.

Speaking to Global Voices through WhatsApp, Maembe says he decided “some months before” to run for a seat in the national assembly after a long career as an activist who uses his music to call out corruption in Tanzanian politics. On June 29, he decided to make it official when he received his ACT membership card at their head office in Ilala, Dar es Salaam. By August, Maembe was named as one of 198 ACT-Wazalendo candidates for representative roles. Tanzania's national assembly has 390 seats, of which 264 are elected from constituencies.

Maembe says he was attracted to ACT's socialist vision described by the party's Tabora Declaration, which pledges support for a “socialist nation with equality as a basic principle,” and rails against what he sees as Tanzania's poor social services and the corruption that supports it.

“I believe in socialism,” says Maembe. “At least we can start something good for our people, not like others,” he said, referring to the ruling Revolutionary Party (Chama cha Mapinduzi, or CCM). “In their writings, CCM is a fully socialist party (it is just theory) — but they practice capitalism,” he wrote in a WhatsApp message.

The ruling CCM party has been in power since 1961 and is the second longest-ruling party in Africa, according to Good Governance Africa (GGA). Current President John Magufuli ran on an anti-corruption platform in 2015, but some have criticized his “strong-handed governing style,” says GGA.

I am not to be a king or ruler to my people, I am asking them to send me to the parliament and to the district council meetings to present them — to stand for their rights and their interest as Bagamoyo constituency people. 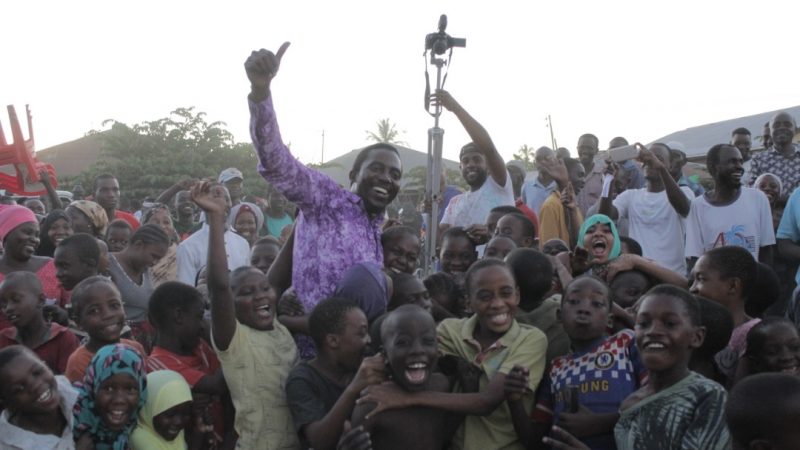 Vitali Maembe cheers with some of his supporters in Bagamoyo, October 15, 2020. Photo courtesy of Vitali Maembe, used with permission.

Maembe, 44, was born in the rural village of Mwazye in Sumbawanga, Rukwa region, but later adopted the historical, coastal town of Bagamoyo, as his home in the mid-1990s. He has worked as a music educator for many years, teaching music and dance at the Bagamoyo's TASUBA College of Arts.

Over the years, he's noticed that Bagamoyo residents have “very normal and basic needs and it is shame … that the people of Bagamoyo are not sure about their food, shelter, education, and stable medical treatments. They work hard but in poorly arranged environments,” Maembe told Global Voices. 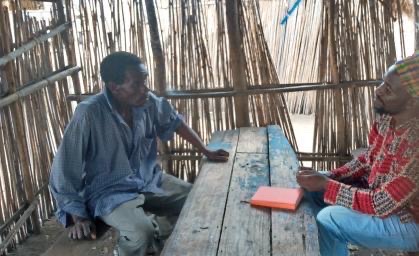 Reggae artist Jhikoman speaks with a voter ahead of the 2020 elections in Tanzania. Photo courtesy of Jhikoman, used with permission.

Jhikoman, also based in Bagamoyo, shares Maembe's concerns about the political machinery that fuels inequity in Tanzania. In a private Instagram message to Global Voices, he wrote:

As a musician, I'm the voice of the people and I feel that getting into politics gives me a bigger opportunity for me to contribute and bring real change to the people. It's a big challenge but I think this is the right time and I am ready for it.

Jhikoman, who has toured internationally and locally since the mid-1990s, has graced stages with his Afro-reggae songs that spread a message of love, peace and unity. Born in Dar Es Salaam in 1972, Jhikoman's “music presents an opportunity to raise awareness about social oppression and justice,” according to Music in Africa. 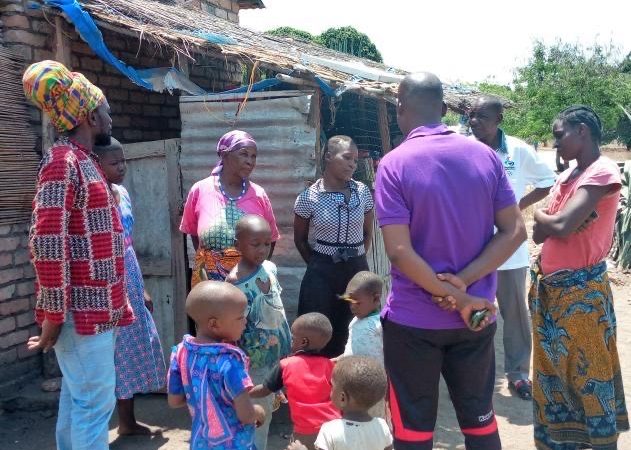 Jhikoman (left) on the campaign trail speaking with constituents ahead of the general election in Tanzania. Photo courtesy of Jhikoman, used with permission.

Jhikoman told Global Voices that while the response has been very positive during his campaign, funding has been the biggest challenge. He explained in a note to his supporters that Tanzania's National Electoral Commission ‘does not cover the cost of election agents” to “ensure there's no theft or manipulation of votes,” he wrote.

In the days leading up to the election, international and local observers have expressed concern over possible voter repression during the 2020 elections, with a shrinking civic and media space to monitor potential discrepancies.

In a recent interview with BBC Swahili, Dr. Vicensia Shule says music has long played a role in Tanzanian politics. Shule explains that while these particular musicians may be running for the first time in 2020, historically, this is nothing new, as musicians have often played activist roles in Tanzanian society.

In the 2015 elections, for example, revered hip-hop artist Joseph Haule, known as “Professa Jay,” won the Mikumi District seat with the opposition party CHADEMA (Chama cha Demokrasia na Maendeleo or Party for Democracy and Change). And Haule was encouraged to get into politics by the rapper Joseph Mbilinyi, known as ‘Mr. Sugu,” who won Mbeya with CHADEMA in 2010.

And in this year's election, Tanzanian hip-hop artist and rapper Wakazi, born Webiro Noel Wassira, based in Dar es Salaam, Tanzania's cultural and commercial capital, is also running for MP in Ukonga, an administrative ward in the Ilala District.

The musician-as-politician is a growing trend in African politics made visible most recently on the international stage by the likes of Robert Kyagulanyi Ssentamu, a Ugandan opposition politician popularly known as Bobi Wine, who plans to run for president in Uganda's upcoming elections.

As for a future in music while pursuing politics, Maembe says:

My music was [always] political … I was, I am and I will be the same musician — but also a member of the parliament. I can't quit music — I will be doing music, recording and arranging performances because it is a part of representing people.