The ruling party lost in these same communities during 2015 elections 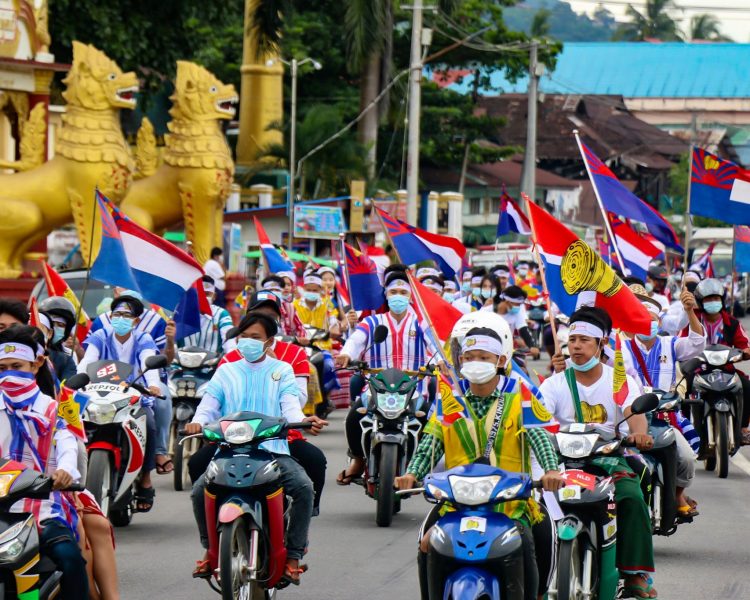 An estimated 1.2 million voters will be unable to vote in the November 8 national elections in Myanmar after the Union Election Commission (UEC) cancelled polling in 56 townships citing security risks. Most of the affected areas are in Arakan State (formally known as Rakhine) but elections were also cancelled in some parts of Shan and Kachin States.

In Arakan, elections are wholly cancelled in nine townships and partially in some wards and village-tracts in four townships.

Myanmar has more than 100 ethnic groups with some of these waging an armed struggle for self-determination. The UEC said the armed conflict in Arakan and other communities listed in the order would make it impossible to hold a free and fair election, even if voting will take place in other townships which are also caught in the crossfire of armed hostilities.

Since June 2019, internet networks have been restricted in several townships of Arakan because of military clashes, which deprived the local population of vital information about the COVID-19 pandemic. Now, activists are saying they are being disenfranchised as well.

Activists and some analysts described the UEC order as “mass disenfranchisement of ethnic voters” and “strangulation of political space”.

UEC must reconsider the order released on Oct 16 to cancel 56 townships to hold elections in Myanmar.

UEC must consult with stakeholders from the areas & election monitoring groups.

And its so unacceptable with the sole reason for the cancellations as such “tendency to not b able to hold free & fair election”. Where r specific justifications? Who did u consult with??

Ethnic parties questioned the basis of the order and impartiality of UEC. U Thae Rae, secretary of the Kayah State Democratic Party, pointed out the inconsistency of the UEC:

…there will be elections in some areas where fighting is going on. So, it seems like the areas where ethnic people are strong and likely to win have been chosen for cancelling elections. There are suspicions over whether the government is trying to reduce ethnic parties’ power. That is why we have to oppose the announcement of the UEC.

Myo Kyaw, secretary of the Arakan League for Democracy echoed a similar point:

San Hla, the village headman for Seik Phoo village from Nawngkio Township insisted that there’s no reason to cancel the elections in their peaceful town:

I don’t understand why they canceled the election in our region. There’s no conflict in our area. There isn’t a problem with government staff. And there aren’t any COVID-19 cases. Our area is very peaceful.

Sai Kyaw Nyunt, Secretary-1 of the Shan Nationalities League for Democracy warned that ethnic parties will lose seats in the parliament:

Our party will lose three candidates due to exclusions. It is a great loss to the public if there are no candidates who will represent them.

Some analysts said the UEC order benefits the ruling National League for Democracy (NLD) since the cancelled elections are in areas where majority of voters in the 2015 elections chose candidates belonging to ethnic parties.

The NLD denied that it influenced the decision of the UEC.

Progressive Voice, a research and advocacy group, highlighted the role of the powerful military in creating the state of insecurity in several ethnic communities.

While the situation of armed conflict is certainly serious in Rakhine State and other ethnic states in Myanmar, what the UEC does not mention is that it is the military offensives and militarization of the Myanmar military that creates this insecurity cited.

Myanmar was under military dictatorship until it transitioned into civilian democratic rule in 2010. However, the 2008 constitution has guaranteed that the military will retain seats in the parliament and other layers of the bureaucracy.