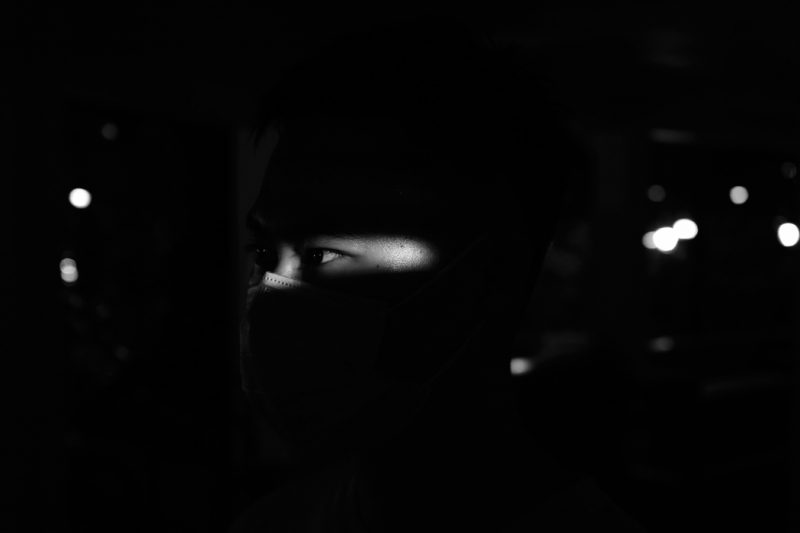 This is the third installment of a story, originally published in Chinese, on The Stand News. It was translated into English by Global Voices and will be published here in five parts with permission. Read parts one, two, and three.

Article 9 of Hong Kong's national security law (NSL) requires the government to take the necessary measures to strengthen public communication, guidance, supervision, and management in schools, social organizations, the media, and the internet.

As school-age youth was one of the most active social groups in last year’s anti-extradition protests, authorities consider it key to control classrooms.

Soon after the NSL was enacted in July, Hong Kong's Education Bureau revised elementary schools’ textbooks to remove the concepts of “civil disobedience” and “separation of powers.” It has also handed down guidelines for school administrators to educate students on national security, stressing that it is the school's responsibility to strengthen students’ “sense of national identity.”

To ensure teachers do not deviate from the curriculum, the city’s security secretary John Lee Ka-chiu said that the authorities would tighten school management and remove “bad apples,” referring to teachers that allegedly engage in professional misconduct. The term “bad apples” was also used by Carrie Lam in early October, in reference to a teacher who was permanently suspended after developing a worksheet discussing Hong Kong's independence.

Between June 2019 and August 2020, the Education Bureau received 247 complaints about teachers’ expressions or presentations of the political events taking place in Hong Kong; about 131 cases were considered to have merit and the Bureau will follow up with actions accordingly. Thus far, the Bureau has also given a few dozen teachers written and verbal warnings, which will be marked in the teachers’ employment record.

In addition to institutional measures, Beijing also mobilized its loyalists to help with the purge. Former Chief Executive Leung Chun-Ying has urged the public to file complaints about teachers using 803 Action Fund, an online platform he founded that offers rewards to those who provide information facilitating the arrest and prosecution of targeted pro-democracy figures. Since August 2019, the fund stated that it would offer a reward of 100,000 Hong Kong dollars [approximately 12,903 United States dollars] to those who provide information about teachers’ misconduct.

On Facebook, Leung recently posted a list of 18 teachers who were arrested for protest activities and charged with rioting, arson, assaulting police officers, possession of weapons, criminal damage, unlawful assembly, and more. The information on the list includes their names, ages, job titles, the schools where they teach, and the charges made against them. He vowed to expose more names and details of anti-government teachers via the 803 Action Fund.

In May, pro-Beijing lawmaker Julius Ho launched a similar initiative called Save the Children. He claimed that the group had recruited 300 volunteers to expose “unprofessional” practices in the education sector, and that its investigators would be collecting worksheets and recording classes. By June, Ho said that the group had compiled more than 20 cases within a single month.

This month, the pro-Beijing Hong Kong Federation of Trade Unions set up a hotline for parents to file complaints against teachers’ “misconduct.” The definition of unprofessional practice or misconduct, according to the Federation, ranges from a signature in an anti-government petition, to worksheets deemed inappropriate or social media posts that express personal views on current affairs.

Brian (fake name) is a secondary school Chinese language teacher. He would, in the past, post articles under his real name on online platforms, but recently deleted a published post. In the past two years, he has received three to four complaints because of his online activity. “The mere mentioning of ‘police’ without any intent to insult them would bring you complaints,” he told The Stand News.

One of the complaints anonymously filed against him at school, Brian says, was about the fact that he told a student, “Good to see you back home safe” (返屋企，冇事就好) after the latter left a protest site. The Education Bureau, he added, demanded a written explanation for allegedly implying that “going back home after participating in a protest forbidden by the government is good.”

The complaint has gone through three rounds of written exchanges thus far. Brian was required to back up his explanation with testimonies from colleagues, students, and their parents. “The whole process is to tell the education sector that you are targeted and to make you afraid,” he said.

In January, the Hong Kong Education Bureau started pressuring school administrators to keep politics away from campuses. With the announcement of the national security law in May, the pressure escalated.

This was evidenced by a landmark case in June, in which a secondary school teacher was fired for allowing students to play the popular protest song “Glory to Hong Kong” for a music examination.

That same month, a survey conducted by the Hong Kong Professional Teachers’ Union revealed the extent of the political control: Among the 1,185 respondents, all of whom work in the education sector, 84.1 percent said that the government had exercised “great pressure” on the sector, while 91.8 percent believed that current developments would have a negative impact on the future of education.

Although 91.1 percent of respondents said they disagreed with the idea that teachers should not express political views on social media, 64.6 percent also said they had reduced their social media activity, with some deciding to close their accounts altogether. Meanwhile, 59.1 percent began avoiding participating in authorized protests and assemblies.

Moreover, 78.8 percent of the respondents were worried that they would receive complaints because of their political views. One respondent wrote in the survey that one student’s parents filed a complaint simply because he wore a black mask in class.

The pro-democracy sector compares such hunting for “bad apples” to the Cultural Revolution-style political purges.