Myanmar 2020 election: ‘A critical moment in the consolidation of democratic transition’

'Structural shortcomings continue to undermine the democratic character of the process' 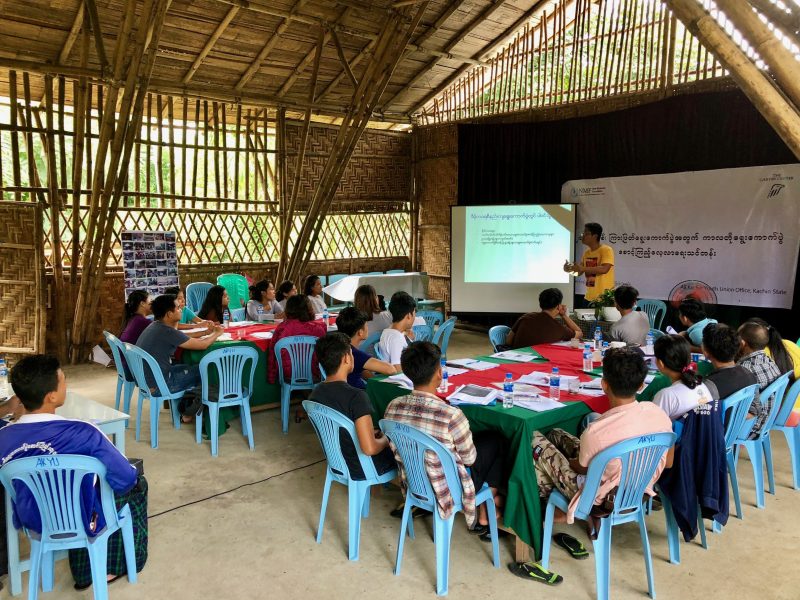 Myanmar’s election on November 8 is described by United States-based group The Carter Center as “a critical moment in the consolidation of Myanmar’s ongoing democratic transition.” The Carter Center is one of two international election observation missions accredited by Myanmar’s Union Election Commission (UEC).

Myanmar was governed by a military dictatorship for several decades, then transitioned into civilian rule in 2010. The 2008 Constitution, however, ensured that the military would continue to exercise political influence, including on the Parliament. The opposition National League for Democracy defeated the military-backed party in the historic 2015 general election.

The Carter Center released its preliminary assessment of Myanmar’s election process on October 13. It noted the challenges in holding an election during a pandemic and recognized the efforts of the UEC in keeping the process on track.

On the other hand, it also identified the electoral system’s “structural shortcomings”:

(…) structural shortcomings continue to undermine the democratic character of the process, including quotas for unelected military appointees in all legislative bodies, restrictive eligibility criteria for the presidency, inequalities in constituency populations resulting in unequal representation.

It also mentioned that the “discriminatory legal regulations for citizenship effectively disenfranchise several ethnic minorities, particularly the Rohingya.” Myanmar does not recognize the Rohingya as one of its ethnic groups.

The Carter Center’s observation mission, led by Sean Dunne, is composed of a core team of six experts and 24 long-term observers. Global Voices reached out to Dunne via email to learn more about their monitoring process in Myanmar.

Mong Palatino (MP): The Carter Center also monitored the 2015 election. How would you compare the electoral landscape during that year in relation to the present?

Sean Dunne (SD): The 2015 elections were really a watershed moment for Myanmar’s democratic transition with the opening of space for political competition and the peaceful transfer of power to the main opposition party. As is often the case with second round transitional elections, this election is likely to be more intensely contested among parties and candidates. This imposes more pressure on the election authorities to ensure a fair process in line with international principles for democratic elections.

MP: How do you plan to fulfill your mission given the pandemic situation?

SD: The Carter Center has taken a range of steps to maintain its observation efforts despite the pandemic. We were able to recruit and accredit Myanmar citizens to become our long-term election observers and have recruited foreign nationals locally and abroad to take on the short-term observer roles for the mission. We have made use of technology to assist in our virtual interviewing and engagement with stakeholders, conducting over 500 interviews so far with election and security officials, political parties and candidates, and civil society representatives.

MP: A recent news report mentioned the cancellation of elections in some townships because of security concerns. Can you comment on this?

SD: The constitution and election laws permit for the postponement of elections due to local insecurity and natural disasters. It was a recommendation of The Carter Center and other observation missions in 2015 that the criteria for these postponements be more transparent.

MP: What are some of the crucial electoral policies should the UEC undertake in the next few weeks to make the elections more free and fair?

SD: The process of elections must not only be fair but be seen to be fair. Transparency and frequent consultation with political parties, candidates and other stakeholders are crucial to the acceptance of the results. All aspects of the electoral process should be open to international and domestic observers to strengthen transparency.

MP: Do you have a message to members of the international community which are also monitoring Myanmar’s democratic transition?

SD: The second cycle of transitional elections are always vital to entrench democratic practices. These elections are an essential measure of progress. Post-election, ongoing democratic reforms need to be a priority, including adoption of the International Covenant on Civil and Political Rights.