In Belarus, tech workers fear for their industry’s future 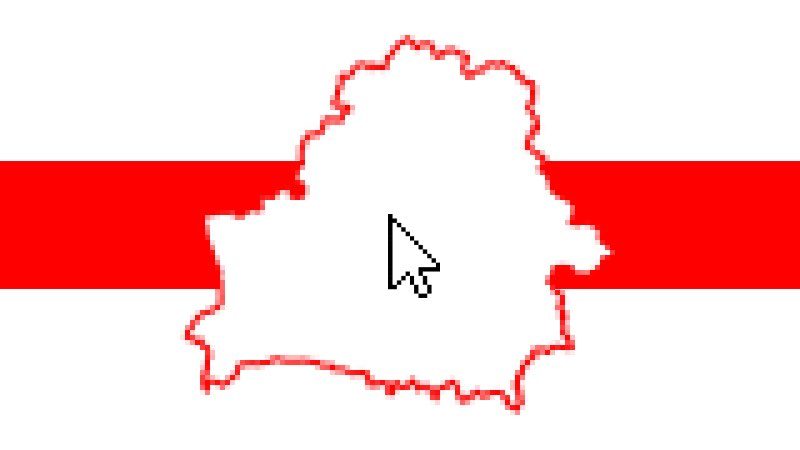 The spotlight of international media may have moved elsewhere, but Belarus’ political crisis drags on. After months of street protests after a dubious presidential election, longtime ruler Alyaksandr Lukashenka held a surprise inauguration ceremony on September 23. He is determined to prolong his 26-year rule of Belarus at any cost — and the costs could be substantial.

There are now fears that the political situation in Belarus could quash one of the country’s most successful businesses. In mid-August, over 500 representatives of the country’s booming tech sector signed an open letter casting doubt on official election results, demanding the release of political prisoners and an end to violence and detentions of protesters. They have been irritated by the authorities’ internet blackouts aimed at preventing protesters organising over social media. Some threatened to relocate to neighbouring Poland, Ukraine, Latvia and Lithuania. The results of that, observers say, could be very worrying, as IT is a growing sector of the Belarusian economy.

One could call the IT community a new “nobility” in the Belarusian reality. But that would be inaccurate: even though nobles often rebelled against the monarch to defend their privileges, they were still his servants. A more accurate comparison is with bourgeois democratic revolutions, with the middle classes at the forefront. In Belarus today, IT specialists are classic representatives of the middle class.

There are software engineers in almost every country in the world. But for developed countries, a software engineer is an ordinary profession that is only paid above average. Not all young people dream of writing code or looking for bugs — they might want to become lawyers or doctors or start a business instead.

But in Belarus, the IT sector is seen by many as the main if not the only means of social advancement. It contributes around five percent of the national GDP. Here there are IT companies where the average salary is between five and ten times more than in other sectors of the economy. Even if a Belarusian becomes a minister or director of a large state-owned enterprise after 20 years of service, they would probably still earn less on average than a senior figure in a tech company — an achievement they could reach more quickly. For example, the net salary of a senior software engineer in Belarus is around US$3,000, compared to the average Belarusian monthly salary of $500 (the median is around $350).

This state of affairs didn’t appear right away. When the Soviet Union collapsed, Belarus inherited an education system with a strong engineering sector. But unlike other post-Soviet and post-socialist states, there was no mass privatisation in Belarus. Large enterprises continued to be administered by the state, in order to avoid unpopular economic reforms. This model was possible partly due to generous subsidies provided by Russia, in recognition of Belarus preserving close ties to Moscow. Thanks to a good price on international markets for hydrocarbons, this allowed the Belarusian economy to grow at a rate of seven to eight percent annually. But when the Belarusian currency collapsed in 2011, relations with Russia began to deteriorate. The country’s economy has been growing at a slower rate than the international average ever since.

In the mid-1990s, enterprising engineers realised that it was possible to sell the work of a Belarusian software engineer for a substantial price abroad. The industry grew steadily; Belarusians were a highly educated people who were cheaper to hire than tech workers in western Europe or North America. By 2005, the tech sector was small but prominent; the authorities in Minsk even created the Belarus High Tech Park, a tax-free zone to aid its growth. Thus the relationship between the state and the IT community was built on the principle of non-interference.

A friend’s story provides a good example of tech’s appeal. In 2008 Aleksey, a computer sciences student in his third year of studies, took a course at a private IT company. The 20-year-old was astounded by its fantastically beautiful office and the friendly employees. His starting salary was $500 a month. It was more than his mother earned as a software developer at a state scientific institute. Two years later, in his fifth year of study, he was earning US$2,000 a month, more than his mother and father combined — and his father was a top manager at a state enterprise.

There are few other lines of work in Belarus today whose employees can tell similar stories. It is not only the salary which attracts young Belarusians to IT, but the social capital it provides and the impression of a less hierarchical, less traditional workplace. Taking all these factors into account, it is not surprising that significant numbers of young Belarusians desire to work for tech companies. Some observers warn of longer term downsides to this trend: when somebody leaves an ineffective state-owned enterprise to work as a software tester, many would be happy for him. But when a highly trained heart surgeon with 10 years’ experience leaves hospital to work as a junior Javascript developer, that poses deeper questions about Belarusian society.

Belarus has since become a rather tech-savvy society, like other countries in central and eastern Europe. Today, the internet penetration rate in the country stands at more than 80 percent. In 2010, that figure was around 30 percent.

In fact, by 2020 the tech sector had become so prominent that Valery Tsepkala, one of the key figures behind the Belarus High Tech Park, ran as an opposition candidate in the August 9 presidential election. However, the Central Electoral Commission (CEC) invalidated Tsepkala’s candidacy, the businessman and his sons fled to neighbouring Russia on July 24, citing political pressure.

Tensions came to a head when the authorities, attempting to quash demonstrations against Lukashenka, cracked down on the conduit of their “networked protest” — the internet, in particular social media pages and Telegram channels. For IT workers, this violated the aforementioned principle of non-interference between the tech sector and the state.

READ MORE: The path to the square: the role of digital technologies in Belarus’ protests

In any case, the young middle class representatives of the tech sector were not Lukashenka’s obvious constituency. Many of them were liberally minded and resented heavy-handed rule. They put their skills to use, launching platforms such as Golos, an attempt at alternative vote-counting by collating photographs of ballot papers. Golos’ work was important in proving the falsification of the final election results. The platform was created by Pavel Liber, the top manager of EPAM, the country’s oldest and largest tech company.

Another example is the ByChange project, which helps state officials and police officers quit their jobs and learn programming skills by pairing them with volunteer IT specialists.

Mikita Mikado, founder of the PandaDoc project, has launched a monetary compensation programme for police officers who resigned during the protests. Four employees from Mikado’s Minsk office were arrested soon afterwards on September 5, though officially for non-payment of taxes.

Then there are the “cyberpartisans”. Nobody knows for sure who they are, but they have launched cyberattacks on several government websites and inserted videos of the police beating peaceful protesters into the online streams of state TV channels. On September 11, they hacked the official website of the Ministry of Internal Affairs and put Lukashenka’s profile into its “most wanted” section.

According to the Viasna human rights centre, more than 14,000 people have been detained since the presidential election. IT specialists can be found at all the protests and in the detention cells. They do not fear losing their jobs — their labour is widely in demand and they are not under the thumb of a government appointee, as in state-owned concerns. Their companies support them, providing them with lawyers, compensation and relocation if they are needed.

As a common joke in Belarus now goes: “You can create a successful startup in jail, because there are developers and entrepreneurs in every cell. And they have plenty of time to discuss their ideas.”

Inspiration does not come easily when social media channels are full with news about daily protests and detentions. This is exactly why many companies and specialists are now thinking seriously about relocation. The open letter from mid-August was not an empty threat. The governments of Latvia, Poland, and Ukraine have all presented detailed relocation assistance programmes to the Belarusian tech sector.

Today there are probably 60-80,000 IT workers in Belarus; including their families this means that around 200,000 people depend on the tech sector out of a population of nearly ten million. It is unlikely that all of them will emigrate, but if this instability continues in the long term, there is every chance that the trickle of emigrating tech workers could become a steady flow.

For now, the state has not yet opted for direct pressure on the IT sector. Its approach has been to demonstratively punish dissidents in the hope that the rest of society falls into line. Bad publicity is not an obstacle to this strategy — it is at its very core.

Nevertheless, Lukashenka expressed his irritation with tech workers specifically in a September 2 speech: “Tell me, what do IT specialists want! We’ll figure it out. Again, what do they want? I have already created a paradise for them. But no, it seems they’re missing something.”

His words reflect a sincere lack of understanding about the IT community’s motivations for participating in this struggle.

It is a misunderstanding shared across all levels of the state apparatus, from Lukashenka to ordinary policemen. During mass detentions in Minsk, one of the riot policemen asked detainees: “You have a good salary, a great job and life. Why do you need all this?”

This question crystallises the state of Belarusian society in 2020. Whoever asks it exists in an entirely different system of values, for whom no answer will be sufficient. And whoever understands the answer would never ask it in the first place.