For journalists in Kenya, ‘2020 is the worst year on record’

Freedom of expression is under attack during the pandemic 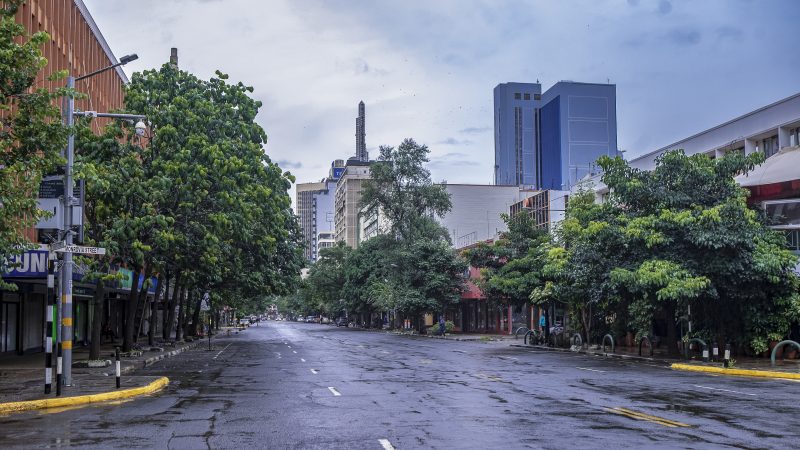 An empty Nairobi street in Nairobi, Kenya, during the 2020 coronavirus pandemic, April 22, 2020. Photo by the World Bank/Sambrian Mbaabu via Flickr CC-BY-NC-ND-2.0.

Editor's note: This story was written by Victoria Rubaridi as part of the UK government-funded PROTECT project for ARTICLE 19 and is published here through a partnership-sharing agreement.

Since the novel coronavirus outbreak in Kenya in March, more than 47 cases of arbitrary arrest, assault and harassment have been perpetrated against bloggers, online activists and human rights defenders, according to ARTICLE 19, a nongovernmental organization focused on freedom of expression. This compares to 15 cases in the previous five months (October 2019-March 2020).

“For online activists and journalists in Kenya, 2020 is the worst year on record,” said James Wamathai, director of the Bloggers Association of Kenya (BAKE). “The environment has grown much more hostile during the pandemic. I think it is a concerted effort on the part of the government to silence dissenting voices.”

Wamathai believes the crackdown is opportunism on the part of the Kenyan government. In most cases, online activists or bloggers are accused of publishing false information on COVID-19-related posts. All of the bloggers and activists identified are known to have previously posted material critical of the government.

In June, veteran online social justice activist Mutemi wa Kiama was taken from his home by police. Though he was later released without charge, an affidavit filed at a local court revealed investigators intended to charge him with publishing false information under the cybercrimes law, which can result in fines or detention.

I retweeted a thread that gave a history of how power and capital was passed down from colonial chiefs to the current political brokers. It went viral and that didn’t sit well with some individuals.

ARTICLE 19 says the aggressive actions taken against freedom of expression online in Kenya is of great concern and is part of a wider regional trend of a systematic and aggressive crackdown on critical narratives online.

ARTICLE 19 Eastern Africa is concerned that the government seems to be using the coronavirus outbreak as an opportunity to further entrench repressive measures. Police must thoroughly investigate and prosecute the perpetrators. Journalists, like other essential service providers, should be allowed to access and report freely and accurately on the government’s actions to counter the effects and the spread of the coronavirus.

We are seeing a weaponization of the law with offenses such as publication of false information, which one would imagine is an attempt to deal with fake news, but in reality, they are used to silence people who are critical of government.

Such measures, he warned, further entrench a culture of intimidation that has persisted in Kenya for decades.

Focus on female journalists and activists

For female activists and journalists, the situation is particularly critical, with many experiencing malicious cyberbullying campaigns. The African Development Bank has suggested that women in Africa are 27 times more likely than men to be harassed online.

“I’ve been sexualized and had my physical appearance attacked. Some have even attacked my family online,” human rights defender Wanjeri Nderu explains. “We need digital protection training, or we will continue to see women’s voices muted.”

Journalists in Kenya are concerned that, as the pandemic continues and reliance on social media for connectivity grows, online crackdowns may become more frequent and hostile.

“The government feels it is losing control and wants to reclaim the online space,” Nderu says. “We have seen arrests, but also bloggers or online users paid by the government to malign online activists.”

Our only agenda, when we communicate on social media, is to inform the public on development projects as well as security and health matters that will assist them.