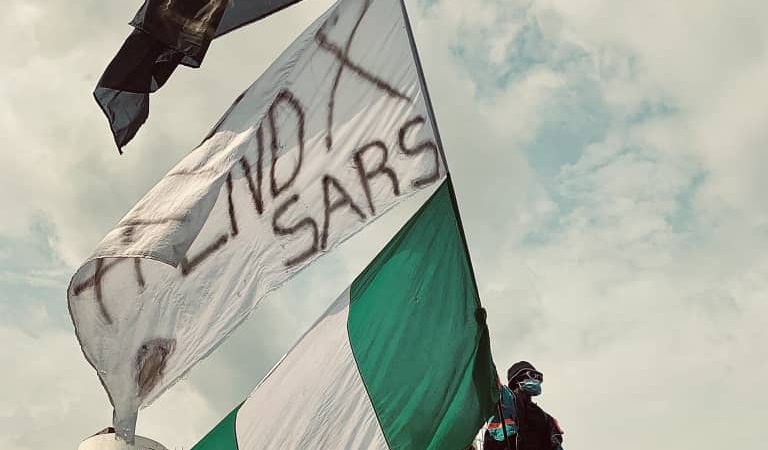 Over the last week, Nigerian youth have risen up in masses to wage war against a unit of the Nigeria Police Force known as The Special Anti-Robbery Squad (SARS), notorious for extrajudicial killings, extortion, kidnapping, and rape since the unit was created in 1992.

More than 100 people [1]have reportedly been killed by SARS in past four to five years, according to Amnesty International.

Nigerian youth — often the target of SARS — have, on several occasions, clamored for a total scrap of the unit, to no avail. But this time, several recent arrests and killings [2] in Lagos State sparked the zeal to make this a reality — after the SARS was disbanded about four times in four years — has driven mass action on the streets.

This war against police brutality has also created a wave of awareness and generated a lot of conversations in the media space.

Protests have erupted in at least 12 of Nigeria’s 36 states, including Abuja, the federal capital, and Lagos, where protesters have blocked toll gates and airports within the state, hoping it makes an economic effect so elected leaders can acknowledge the protesters’ wishes in no time.

Here are the protesters’ demands:

Nigerians in the diaspora have also taken to the streets to show their displeasure with the notorious SARS unit which has, for years, committed crimes with impunity. Protesters have gathered to denounce SARS in London, England, Dublin, Ireland, Ottawa and Toronto, Canada, Cologne, Germany, Moscow, Russia, Pretoria, South Africa, as well as Texas and Washington, DC, in the US.

President Buhari, we have a message for you sir. END SARS NOW.
•
Nigerians and lovers of Nigeria, please pull up at the #EndSARS [4] protest in London (Nigeria High Commission).
•#EndPoliceBrutality [8] #EndSarsNow [5] #EndSARSProtest [9] pic.twitter.com/1RN7fe1p6q [10]

At least 10 protesters [1] have been killed during the protests, according to Amnesty International. Among those killed is Jimoh Isiaq, killed in Ogbomosho, Oyo State, and Ikechukwu Ilohamauzo, killed at the Surulere protest in Lagos, whose names both went viral on social media.

Medical doctors have begun to accompany protesters in cases of emergency. 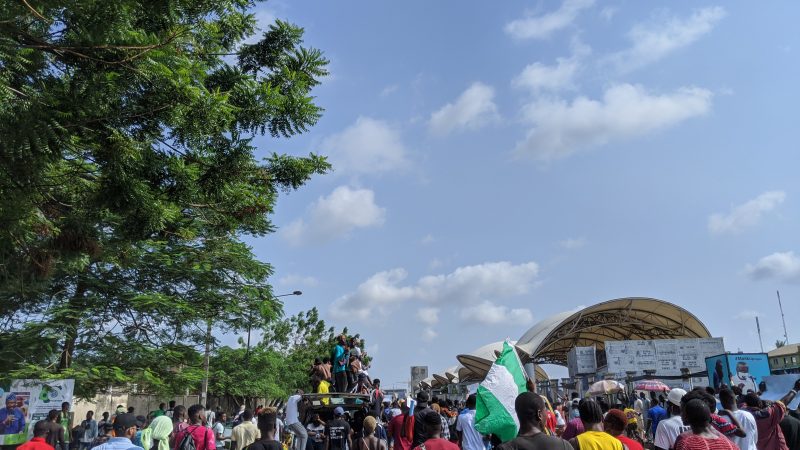 Inspector-General of Police Muhammad Adamu disbanded [12] the unit a few days ago, but Nigerians are not convinced this will take effect as the previous disbandment of the unit never yielded positive results.

On Monday, President Muhammad Buhari of Nigeria assured citizens [13] that the disbandment will be effective immediately and that the federal government will establish a presidential reform panel to look into police welfare and other critical areas, ensuring the demands of the masses be put into action.

Some lawyers and human rights activists among youth activists have been working hard to release detained protesters.

Protesters have made it clear that the fight to end SARS is not politically motivated, warning politicians, including members of opposition parties, not to hijack the protest for individual, party or political gains.

Protesters insist that there are no leaders in their movement and that every person who comes out to protest is a leader and follower alike. They insist that the presidency and/or the Inspector-General of Police address all grievances at once and not just a few selected individuals.

The question about who controls the police and SARS has not been adequately answered. The constitution vested control of the police to the presidency under the supervision of the police chief.

But that chain-of-command and control seems to have broken.

On October 12, the governor of River State, Nyesom Wike, announced through a tweet [14] that no protest — especially the #EndSARS protest — is allowed in his state.

That doesn't sit well with citizens. Several individuals responded through various platforms that the constitution which made him governor also gave citizens the fundamental right to protest.

Who are you to prevent any individual from exercising their constitutional right to move & assemble peacefully?! https://t.co/94TdNAxv0g [15]

However, Wike recanted and addressed [17] the protesters, expressing support for their cause.

The protests continue in several parts of the country including River State. Protesters have promised not to back down until signs of compliance are seen by police and also the federal government.

On Tuesday, October 13, protesters reported on Twitter that at Iwo Road, Ibadan, members of the Nigerian Army were marching with protesters in solidarity.

Heard soldiers of the Nigerian army are currently marching with #ENDSARS [18] protesters in Ibadan. ?❤️ pic.twitter.com/pm5XxB5xUR [19]

Also on October 14, Lagos State Governor Babajide Sanwo-Olu walked with protesters, reassuring them of the commitment of the government to end the menace.

Governor @jidesanwoolu [21] (in blue baseball cap) has agreed to a Protest Walk with us in Alausa. #SARSMUSTEND [22] pic.twitter.com/lcv30Mo0xG [23]