How I learned not to hate 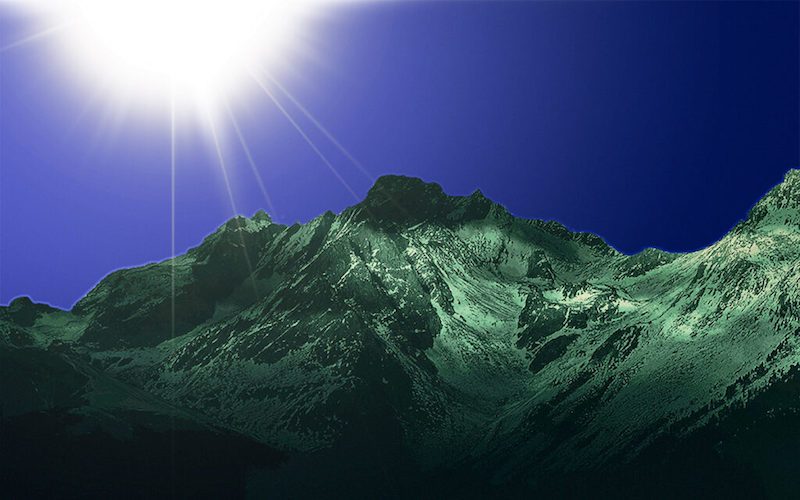 The sun over the South Caucasus. Photo (c): OC Media, used with permission.

We must confront our anger and our trauma without resorting to hate.

I have seen the seeds of hatred growing slowly in people who were chanting for peace just days ago, a week ago, two weeks ago … I have seen nationalistic posts from the people who taught me how to go beyond my nationality, how to have empathy towards “others,” how to learn their stories and understand their pain. I have been crying hysterically at the posts of people who were once my role models, wishing with all my heart that I just don’t understand something in the texts I am reading.

On social media, someone justifies the shelling of [the de-facto capital of Nagorno-Karabakh] Stepanakert, another makes jokes about those whose houses were shelled in [the Azerbaijani city of] Ganja, a third celebrates a “liberated” village, while the soldiers of both sides lay dead on that “liberation,” and a fourth shouts for “victory”.

And the spectacle goes on and on and on … Maybe it’s easier to open up the eyes in the morning when you wait for “victory” or “liberation.” Maybe it’s easier to handle the deaths of 18-year-old boys who had nothing to do with this conflict when you can cover up the blood with the romantic ideologies you have been taught since your first breath.

A year and a half ago, Facebook reminded me about the posts I made in April 2016. At that time, I became the kind of person I would never want to talk to. All my posts were hateful and militaristic.

My first thought was to delete them all. Then I decided to close them to the public but to leave them for myself, to remind me every year who I was and who I could still be if I didn’t start questioning my views.

There are times people tell me “you wouldn’t understand,” “you didn’t lose a loved one to this,” “you are not from Artsakh/Karabakh.” I agree, maybe I won’t and never will. But let me tell you how I started questioning my hatred in the first place.

In May 2016, I went to the home of one of the soldiers who was killed during the April War to interview his family. Hatred had been boiling in me for a month, and I was expecting 10 times more of that from them. Instead, I heard, “Their mothers are in the same pain now. They also lose children. Who needs this war?”

This was like a punch to the face. From that day on, I would think to myself, “How can I have so much hatred in me if a woman who just lost her child thinks of ‘their mothers?'”

My experience studying at the Georgian Institute for Public Affairs (GIPA) and my life in Tbilisi forced me to look deeper into this conflict.

Over the past two years, I have interviewed 10 refugees who fled Azerbaijan 30 years ago. One woman who witnessed the Baku pogroms, who lost her house, her friends, who had been living in a dormitory for decades, told me with a smile on her face how she had packed a box of baby girl clothes to send to her Azerbaijani friend who had just had a granddaughter.

Another woman, whose son was seriously wounded during the April War, said, “He was wounded by an Azerbaijani bullet, but once an Azerbaijani family saved his life. They took care of him for months when the tensions started 30 years ago.”

One of my Azerbaijani friends reminded me about this today while I was having a break-down, wondering if I might also lose myself to hatred if I were to lose a loved one to this war. We started reminding each other of the people on both sides who have every right to hate, yet never do.

One of those people is my closest friend, who is from Stepanakert. She got married and moved abroad two weeks ago. While she was still unpacking and adjusting to her new home, she woke up to the news of war.

Her brother is on the frontline, her relatives are in Stepanakert. She sees her city being shelled every day. Yet she is someone who has never uttered a single hateful comment, she is someone who asks me about my Azerbaijani friends and their well-being during these days, and she gets angry about nationalistic posts on social media.

I have met people from the other side who lost everything in their childhood, who had to run away, leaving their homes and their cities behind. These people were the kindest to me and never shared a warmongering text during all these days and before.

A year ago, during our conflict transformation dialogue, I had to talk about Ramil Safarov, the Azerbaijani soldier who murdered an Armenian colleague during a NATO training exercise in Hungary. I started crying after two words. My Azerbaijani friend held my hand so that I could breathe and lean on someone.

When I was talking to him on the phone some days ago, he was shouting to me, “I should go to the border, stand there and try to convince both sides, try to make them agree on something. I know they won’t kill me. They won’t kill me.” This time he was crying, and I was laughing hysterically at his sincerely naive wishes.

Waking up every morning has become hell, as there are no good mornings anymore. I wake up to discover that my worst nightmares have become reality. I look through the names of dead soldiers each day, praying to some universe that I do not recognise any of the names on the list. But there are others finding their loved ones on that list every day.

We all have traumas from this conflict that we have passed down through the years. We are now giving birth to new ones. As I woke up in the morning to go to talk to a family that was displaced not 30 years ago, but yesterday, I felt hopeless and powerless as never before.

It might be that this war has postponed a peaceful settlement for several more years.

The violence sometimes feels like a circle that will never come to its end. But then I remind myself: everything ends sooner or later, and wars are no exception. There have not been countless wars on this planet. People will live together peacefully once again.

Till that day comes, I can only promise myself every other morning that I will not give space to hatred and will not become someone who spreads it, no matter what.

Editorial note: The author uses certain terms to describe territories and locations that reflect her own perspective. These do not imply an editorial position on their status.