‘The war in Karabakh has made the possibility of conflict resolution even more distant’, fears Armenian politician Mikayel Zolyan

As fighting rages in Nagorno-Karabakh, what are the chances for peace? 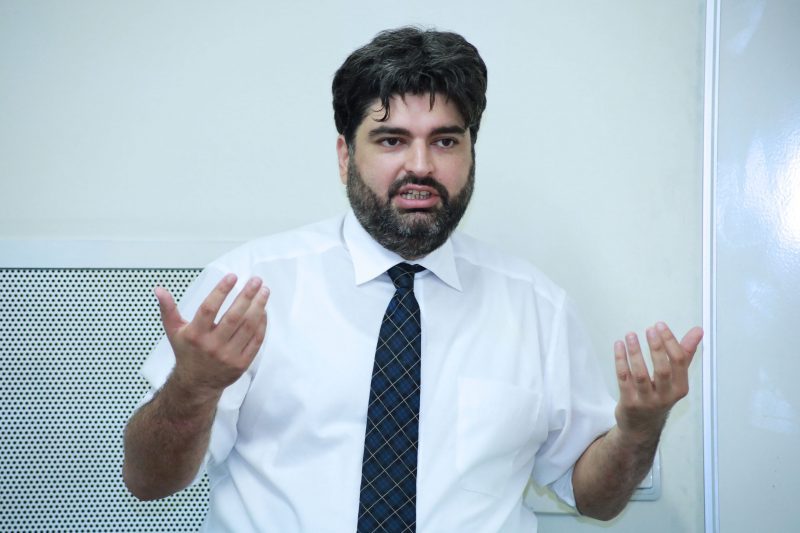 The conflict currently raging in Nagorno-Karabakh does not only concern Armenia and Azerbaijan. This conflict has significant international dimensions: neighbouring countries with interests in the South Caucasus can play a significant role in inflaming or de-escalating the violence. As a member of the Russian-led Collective Security Treaty Organisation (CSTO), Armenia has close ties to Moscow. Meanwhile, Turkey appears to have offered extensive political and military support to Azerbaijan during the recent fighting. Nearby Iran and Georgia watch warily.

Much has changed in Armenia since a ceasefire in 1994 cemented the status quo in Nagorno-Karabakh. Rulers have come and gone, several of them made and unmade by their approach to this bitter dispute. In 2018, Armenians launched mass protests and ousted longtime President Serzh Sargsyan, himself a native of Nagorno-Karabakh. These events, which became known as the Velvet Revolution, brought a new generation of politicians to power — key among them Nikol Pashinyan, a former journalist turned opposition deputy who became Armenia's prime minister.

Another is Mikayel Zolyan, who entered politics in the 2018 parliamentary elections as a deputy for Pashinyan's ruling My Step Coalition. Zolyan is also a member of the Standing Committee on Foreign Relations of Armenia's National Assembly. Before starting his political career Zolyan, who holds a phD in political science, was a prominent analyst and commentator on the South Caucasus for various research institutions. In this interview, he shares his thoughts about the latest violence in Karabakh and what it means for Armenia and beyond.

In this interview, Zolyan uses certain terms to describe territories and locations that reflect his own perspective. These do not imply an editorial position on their status. For more on the issue of disputed names, check our explainer here. This interview has been edited for brevity and style.

Filip Noubel (FN): In which way is the escalation that started on September 27 different from previous fighting between Azerbaijan and Armenia?

Mikayel Zolyan (MZ): The short answer is that it is not an “escalation” any more. It is a full-blown war, with artillery, tanks, missiles, airplanes and killer drones. All this weaponry is being applied against the civilian population: Stepanakert [the capital of Nagorno-Karabakh] and other towns of Artsakh [an Armenian name for Nagorno-Karabakh] have been under heavy shelling for days, with casualties among the civilian population. The First Karabakh war — we can already call it that — ended in 1994, leaving behind an unstable ceasefire. It was often broken by more or less significant incidents, but still allowed most Armenians and Azerbaijanis to live in relative peace. The current war represents a completely new level of violence, unseen for 26 years. And many of the young people dying on the frontline on both sides were born long after the end of the first war.

Another major difference is that this time we know for sure what has happened: this war started around 7 a.m. on Sunday, September 27. The order to start the offensive came from Azerbaijan’s president Ilham Aliyev, with encouragement from Turkey’s president [Recep Tayyip] Erdoğan. These two people bear the full responsibility for all the deaths and destruction happening today. The fact that it was Azerbaijani forces who started the full-scale offensive is so obvious that even Aliyev’s propaganda is hardly trying to deny it. So is the fact that Turkish military are taking part in the fighting on Aliyev’s side, together with pro-Turkish mercenaries from Syria, recruited and transported by Erdoğan.

FN: Why is Turkey so prominently and openly supportive of Baku this time? What does that mean for Turkey’s ambitions and for Armenian politics?

MZ: The war in Artsakh is part of the regional strategy of Turkey’s Erdoğan, who seeks to re-create some version of the Ottoman Empire. Artsakh is just another piece in the chain of Erdoğan’s aggression along with Northern Syria, Northern Iraq, Libya, Greece, and Cyprus. His aim is to project power and make Turkey a key player in all these regions. He is competing with both Russia and the West.

And in this case, Erdoğan made Azerbaijan’s president Aliyev a tool for his neo-imperialist agenda. Aliyev has been willing to allow that, since his hereditary petro-dictatorship is under severe strain because of the weight of economic difficulties and lack of popular legitimacy. “A small victorious war” is the perfect way to salvage a crumbling autocracy, especially since anti-Armenian sentiment is pretty much the only thing that unites Aliyev supporters and critics in Azerbaijan.

For Armenia, Turkey’s involvement means that what is happening today is an existential matter. It takes only a little bit of empathy to understand what Turkey’s direct involvement means for a people that still vividly remembers the 1915 genocide in Ottoman Turkey, which by the way Erdoğan’s government continues to deny.

FN: Do you think Russia is unable or unwilling so far to impose a ceasefire, perhaps because of Pashinyan’s ambiguous position on Armenia’s dependency on Russia?

MK: Russia is one of the mediators in the conflict, as co-chair of the Organization for Security and Cooperation in Europe (OSCE) Minsk Group, together with the US and France. For years, the Karabakh conflict was one of the few remaining areas where Russia and the West had a relatively efficient cooperation. The current war presents a major challenge to all the three mediators, since it undermines their role in the region, It is an especially acute challenge for Russia, since it is happening in the vicinity of its borders. Russia is also a military ally of Armenia, as member of the Collective Security Treaty Organization (CSTO), however the CSTO guarantees apply to the territory of the Republic of Armenia proper, while the Republic of Artsakh is not a member of CSTO. Finally, Russia also has a working partnership with Azerbaijan, which it is not willing to lose. Moreover, there is a strong Azerbaijani lobby in Russia, which is trying to paint Armenia’s current government as “secretly pro-Western”. In any case, Armenia after the [2018] revolution has been loyal to all its commitments. What we are doing today is keeping our partners, both Russia and other co-chair countries, informed about the situation, and it is up to them to choose which actions can be more efficient in stopping the war. We see that today both Russia, France, and the US are working to stop the conflict.

FN: In your view, what are most optimistic and pessimistic scenarios for the coming days and weeks?

MK: Well, we all hope that the fighting will end as soon as possible. However, it is hard to tell. The blitzkrieg strategy of the Aliyev regime has failed to achieve his goals, but he is doubling down, like a gambler who has already lost a lot. Erdoğan is encouraging Aliyev to keep raising the stakes, both through public statements and continuing flow of weapons and mercenaries into Azerbaijan. If this continues, the escalation of the war can become uncontrollable and have disastrous consequences for all sides involved. Today the South Caucasus is seen as the meeting point of Eastern Europe and post-Soviet Central Eurasia: both Azerbaijan and Armenia are members of the Commonwealth of Independent States (CIS), the Council of Europe, OSCE, EU's Eastern Partnership. If this war continues, especially with the involvement of mercenaries and terrorists, the South Caucasus may become the gate through which instability floods both Eastern Europe and the post-Soviet space. That is why I believe it is in the interests of both Russia and the West to stop this war as soon as possible.

FN: Do you see space for dialogue in Azerbaijan and in Armenia? What voices are calling for it? If so, whose and where?

MK: Official negotiations can start only after the aggression against civilian population is stopped. As for contact between civil societies, it is hard to imagine such contacts at this point. In any case, Armenia is ready for dialogue, both on the government level and on the society level, but right now we are fighting to defend the lives of people in Artsakh, our freedom, our independence and the gains of the Velvet Revolution of 2018. I don’t know what Azerbaijanis are fighting for, but I assume they believe that they are defending some kind of a just cause. So, dialogue is hard to imagine today. When the war is over, there will be a lot of work to do in order to establish a new dialogue. I am sure that one day Armenians and Azerbaijanis will be able to come together and talk about their issues not as enemies, but as people who want to resolve them. But this war has made the possibility of conflict resolution even more distant. After the war in the 1990s there already was a lot of pain and suffering separating Armenians and Azerbaijanis. Unfortunately, the new war has made this gap even more difficult to bridge.

Read an interview with the Azerbaijani journalist Rovshan Aliyev here