Supergirl and Vieršnica: Symbols of revolution and gender equality in Belarus

In Belarus, the revolution comes with a female face 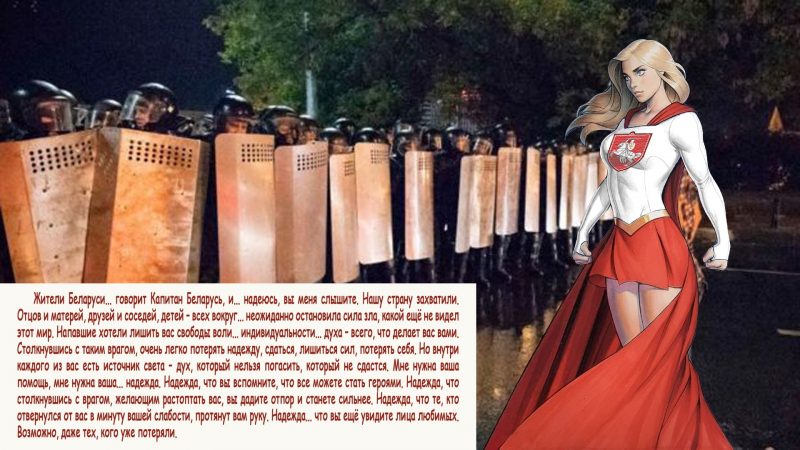 Meme of Belarus version of Supergirl facing police cordon with a text calling citizens of Belarus to offer aid and hope against evil. Parody photo by Capitaine Biélorussie, based on an image by Warren Louw. Fair use.

In addition to photos of real-life people who exemplify collective heroism, digital artists who support the protest movement in Belarus also use iconic images of female empowerment which are part of the global culture, and combine them with images from Belarus historic heritage.

From the early days, women have stood at the forefront of the protests in Belarus, whether on the streets or as leaders of the opposition movement. That's why, among many others, artist Daria Sazanovich referred to the current protest movement in Belarus as “the revolution with a female face.”

In addition to various forms of artwork, photographs, and other artistic expressions used until now during protests in Belarus, there is also an altered image of the superhero character Supergirl. It first appeared in announcements for protests in August.

Crackdown and detentions possible.
For journalists: Be very cautious. pic.twitter.com/jWciGeFivb

Meme of Belarus version of Supergirl carrying OMON members (special police force notorious for brutality against protesters) with a text “Time to take out the thrash!” Parody photo by Capitaine Biélorussie, based on an image by Derrick Chew for DC Comics. Fair use.

The idea of Captain Belarus was born from both my interest in comic art and my desire to create a symbol of our revolution, a 100 percent positive character who represents the whole Belarusian nation, as heroic, fair and brave as it is — and its struggle against the cruel dictator.

There are several reasons for choosing Supergirl. First, and most important is that she is a girl. This revolution indeed has a woman's face — its  flame was sparked by women and is now supported by women across the country.

The second reason is that Supergirl is a well-known superhero whose face is already associated with noble goals and heroic deeds. I also thought about using Captain Marvel but she doesn't seem as popular as Supergirl in the region.

I think I even saw a similar image of a Supergirl wearing our flag's colors on one of the posters used by protester, which proves that I'm not the only one who thinks this way. Plus — and that is the last reason I can think of – Supergirl's costume is easier to transform into Captain Belarus’. And she wears a cape. Everybody loves superheroes with capes.

American artist Jamal Yaseem Igle has gained an international reputation as the penciler, inker, and colorist of DC and Marvel comics, including critically acclaimed and fan-favorite issues of Supergirl.

In a statement for Global Voices given via online chat, Igle explained the universal appeal of the character: 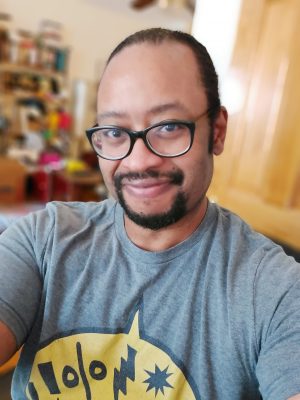 The idea of a superhero character is partially based in the power fantasy dynamic. Superheroes allow us to go beyond our own imaginary limitations. We live, we die, we breath with them.

Supergirl was initially created during the teen sidekick heyday of the 1950's (in Action Comics #252), and for a while in the comics her presence was kept secret from “the outside world” acting as Superman's “secret weapon”. During the first few years of inception, she garnered her own fanbase. She became a central point in the book “The Feminine Mystique” by Betty Friedan and sparked even more discussions about women's independence. So much so that she finally was “revealed” to the DC Comics universe, nearly 3 years later (Action Comics #285 in February 1962).

Supergirl, from her first appearance became a bit of a cultural icon for young women at the time and continues to be so. During the 1960's and 70's, she like Wonder Woman began to embody the Independent Woman and the embrace of the Equal Rights Amendment movement. Supergirl continued to become more and more an individual voice, rather than an appendage of Superman and his comic book mission. She began to represent a sense of agency that young female comics fans could embrace as well.

These things are important. Especially now with so much international strife as well as local strife. Capitaine Biélorussie, taking it's obvious inspiration form the spirit of Supergirl and superheroes in general, shows the global reach of the character. It also shows a need for heroes in these challenging times as Belarus contends with a contested election, and a strongman who wants to stifle the voice of the people.

Supergirl is not the only iconic female image used by the protesters in Belarus. Vieršnica is a female version of the historical coat of arms known as Pahonia or Pogonia, in which a male knight on a white horse is replaced by a long-haired woman. It was designed by Ales Plotka and Julia Halavina in 2015, and due to popular demand, they've recently posted print-quality versions online, available for free. 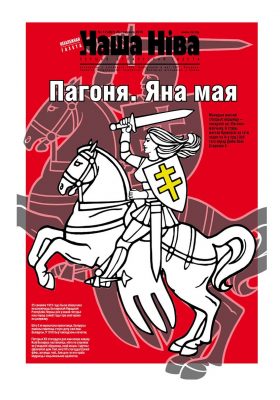 Front page of the magazine Naša Niva featuring the first appearance of Vieršnica in 2015.

Plotka, a singer and civic activist from Belarus, currently based in Prague, explained the history of the image in an interview for Global Voices:

The image appeared as a cover of my first poetry book “Baisan” and caused a scandal in 2015. A painter who pretended to be a co-author of the coat of arms standard, introduced in 1991, threatened to start a court case against me and Julia Halavina as Vieršnica authors, as well as against other artists, for “desacralizing the sacred.”

It turned into a real Brazilian soap opera: In the finale the sister of a real standard author Jauhien Kulik spoke after years of silence to describe the story of stolen co-authorship and blessed the future life of the feminized symbol. That was a crucial moment for me personally in this story. The symbol was used for the first time at a traditional spring protest march in March 2016, but needed some time to be widely recognized.

Plotka explained why women are so prominent in the ongoing protests in Belarus:

The female triumvirate of the 2020 movement has weakened Lukashenka’s rhetoric against his rivals. His traditional alpha-male style of blaming his opponents with vitriolic attacks no longer worked, so he switched to messages of stability and lurking omnipresent external enemies that allegedly kept Belarus from achieving that promised stability. The trio has shown they agree quickly and give messages fast, which is what helped them gain respect of the people who have grown tired of years of ineffective round tables discussions. Our political rules changed and that had nothing to do with gender  but with the quality of communications they introduced.

You see, revolution is a temporarily thing, and calling it just “female” is tricky. I would say Belarus is a country with a female face. A country where humanitarian values are the core, and in times of changes, a non-violent transfer of power is goal number one. As long as men adopt and support women and vice versa, it can be achieved. The speed of change in the wider region shows one thing clearly: each scenario is unique and everything is possible.