Citizenship by investment in the Caribbean: Economic boon or diplomatic minefield?

Fast citizenship programmes are popular in the Caribbean Community 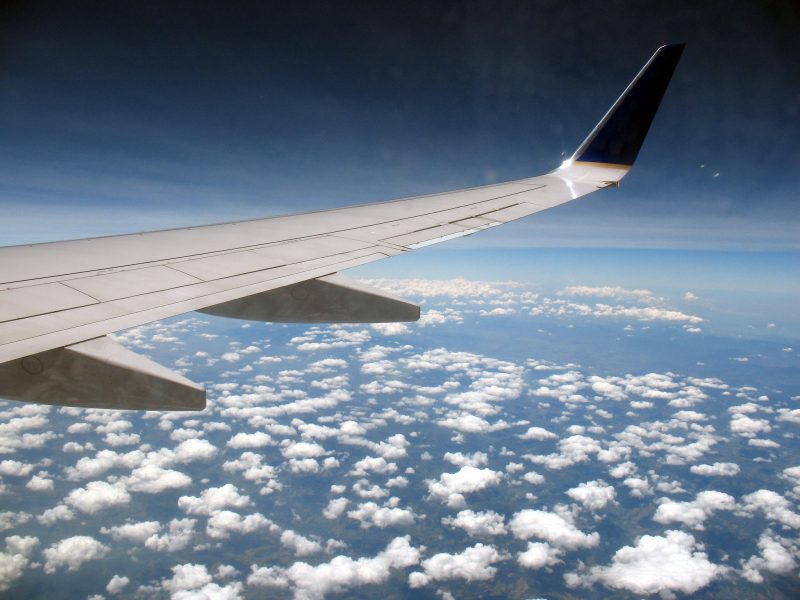 Plane flying over the Caribbean. Photo by Vilseskogen on Flickr, CC BY-NC 2.0.

Citizenship-for-purchase programmes, meant to boost ailing tourism economies, are proving to be problematic for some Caribbean countries.

The COVID-19 pandemic has dealt the vulnerable, tourism-dependent economies of the Caribbean a heavy blow. According to some forecasts, it will take the region a long time to recover from the loss of visitors. Despite renewed efforts to attract tourists for the upcoming winter season, the numbers of new COVID cases and deaths on some islands continue to trend upwards and there is great uncertainty in the business sector.

Enter the so-called “golden passport”—known as Citizenship by Investment (CBI)—which offers wealthy visitors the opportunity to travel more freely to some 149 countries. At a time when visa and COVID-19 restrictions are becoming more onerous, a second citizenship seems an advisable option; insurance in uncertain times. According to one citizenship broker, business is booming: applications for second passports have increased by 42 percent from last year.

As small but established members of the CBI industry, which is valued at 25 billion United States dollars annually, five Caribbean countries—Antigua and Barbuda, Dominica, Grenada, Saint Lucia, and St Kitts and Nevis—are hoping to benefit from the uptick. They all offer tax-free CBI schemes for investment in property or a cash donation, with little or no requirement to live in the country.

It's an innovative strategy to keep their heads above water and perhaps to foster some economic recovery. For individuals, a second passport can cost between US$100,000 and $150,000, while family packages go for between US$250,000 and $300,000. Applications can be processed in as little as three months.

The twin-island nation of St Kitts and Nevis was actually the first country in the world to adopt CBI. Its programme now offers a COVID-19 discount for families of four, until December 31, 2020. Along with Grenada, St Kitts and Nevis’ CBI scheme is among the top five rated programmes globally, according to Forbes magazine.

Grenada's arrangement seems more well balanced. While siblings, parents and grandparents can be included in the island's CBI applications, Grenadian citizens can also establish businesses in the United States through an E-2 work visa, thanks to an investment treaty signed by then US President Ronald Reagan in 1983, the year of the Grenada invasion.

America not the only target

As the wealthy “run away” from COVID-19 and, in the case of some Americans, political uncertainty at home, citizenship is not the only benefit being offered. Remote working residencies, such as Barbados’ “Welcome Stamp” visa—which reportedly raised US$1 million in just two months—are also proving fruitful.

CBI programmes are reportedly attracting the interest of wealthy Africans, too. Grenada, for example, is appealing to Nigerians who have been hit by COVID-19 market uncertainties, a decline in oil prices and currency devaluations.

Dominica, with a population of just 71,000, established its CBI programme in 1993. After being almost completely destroyed by Hurricane Maria in 2017, the island pinned its hopes on rebuilding infrastructure and essential services with funding from CBI. Since then, its government has built a network of clinics and a new hospital.

Among other investment options, neighbouring Antigua and Barbuda’s Citizenship by Investment Unit accepts donations to a fund for the University of the West Indies’ newly opened fourth campus in Antigua. Many islands offer similar choices: St Kitts and Nevis welcomes donations to a government foundation set up to support displaced sugar industry workers.

In Grenada, where the programme was launched in 2013 alongside the National Transformation Fund, CBI applicants may invest in any approved new developments in the tourism sector—including three controversial and apparently rushed developments that have raised major concerns over the environmental impact and the disregard for proper procedure. Now that a petition has been launched to protest the developments, Caribbean citizens are beginning to realise that CBI programmes are not always in their best interest.

A chart on Antigua and Barbuda’s CBI website shows that approximately one-third of citizenship applications received under its programme, from inception up to December 31, 2019, were from China. There were also substantial numbers from Lebanon, Syria, Russia, Libya, and Bangladesh.

St Kitts and Nevis, for example, does not accept clients from Iran and Afghanistan, but brokers say there is a high demand for CBI programmes in the Middle East and Asia. One Middle East-based immigration firm commented on the dramatic rise in interest since the pandemic began:

COVID-19 has triggered a sense of urgency, especially amongst those with restrictive nationalities who live in unstable countries […] Millions have lost their jobs or simply cannot sustain themselves in their countries of residence following steep salary reductions and indefinite unpaid leave. People are actively, more than we’ve ever seen, looking into options. Fast Citizenship [programmes] of the Caribbean Community have been popular in the Middle East. St Kitts and Nevis, Commonwealth of Dominica, Grenada, St Lucia and Antigua and Barbuda have been the stars of the citizenship by investment industry for a long time.

The dark side of the initiative

Prior to the onset of COVID-19 in November 2019, Al Jazeera aired a four-part investigative report on second passport schemes. Titled “Diplomats for Sale,” it focused specifically on CBI applicants in Dominica, Grenada, and Saint Lucia, and was deeply embarrassing for some politicians, as the report exposed “how diplomatic passports are bought and sold on the open market, and how wealthy foreigners have managed to become ambassadors for Caribbean nations.”

In the wake of these startling allegations, when questions were raised, in both St Kitts and Nevis and Saint Lucia, about transparency, the islands’ premier and prime minister, respectively, staunchly defended their programmes—and they weren't the only ones. Antigua and Barbuda reported that an insurance payment for the prime minister's wife, and accommodation and dinner for the boxer Mike Tyson, counted as expenditure for the funds raised by the investment programme.

Grenada's opposition party, however, raised concerns about the alleged corrupt practices in the island's CBI scheme.

A blog focused on financial crime raised red flags over the issue, and explained how criminals hide identities through the investment initiative:

Money launderers, career while-collar criminals, terrorist financiers and intelligence agents have been, of late, using what we call the 2-step CBI technique to effectively conceal their true identity from compliance officers conducting due diligence inquiries at account opening, or law enforcement agents investigating financial crime. It appears to be a nearly foolproof tactic for those who must present an alias that cannot be broken, which then enables them to operate with impunity in the financial sector.

Are sufficient checks and balances in place?

It is unclear whether applicants for these “golden passports” are properly vetted. An Indian “diamond magnate” who had obtained citizenship in Antigua and Barbuda, was later discovered to be a fugitive wanted for bank fraud.

There are also question marks surrounding a newly minted citizen of Antigua and Barbuda, Bitcoin.com chairman Roger Ver. Following the country's recent passing of the Digital Assets Bill—and despite legal issues hanging over his head—Ver is building a business relationship with the nation's government, prompting one report to surmise that he is “looking at retreating to jurisdictions like Antigua where he believes he can continue to operate globally with impunity.”

In its 2014 paper on Caribbean CBI schemes, the Caribbean Council concluded:

In their desire to create new sources of income, Caribbean nations are understandably anxious to create new revenue sources. However, if economic citizenship, without any significant residence requirement or the most detailed and exhaustive of checks, were to be proved to have facilitated criminality, money laundering or at worst terrorism, the measure will not only have become self-defeating for the country concerned, but also potentially damaging to the region as a whole.