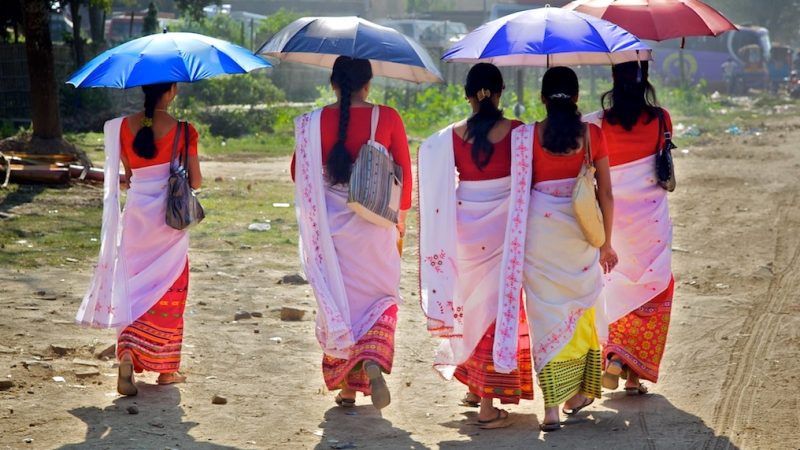 The government of India's Assam state, led by the Bharatiya Janata Party (BJP), is facing public criticism online after it announced it will create 55,000 public jobs in the next six months.

While unemployment has long been a vital concern in rural Assam, past scandals in public recruitment have driven citizens to doubt authorities will fulfil that promise, while others wonder whether the measure isn't just a gimmick ahead of the state assembly's elections due on April 2021.

The decision on the 55,000 jobs was announced on Twitter by the former General Secretary of the Assam Pradesh branch of the BJP, Mriganka Barman:

In a step towards empowering the youths of Assam the Hon'ble CM Shri @sarbanandsonwal had already generated 38,000 permanent and 35,000 temporary jobs in various departments, and is also planning to provide 55,000 jobs to the youths within the current financial year 2020-21. pic.twitter.com/gnjbzB4m5S

The BJP came to power in 2016 in Assam on promises of creating jobs after 15 years of Indian National Congress (INC) rule failed to make progress on that front in Assam State.

Four years later, the BJP is facing shortcomings of its own, especially in its commitment to public service expansion.

For example, in January, the government announced it would recruit over 15,000 teachers across the state over the course of six months. By the end of August, the government had only appointed 5,000.

The worst disappointment with the BJP is probably related to recruitment to the Assam Public Service Commission (APSC). Jobs in this government body are considered very prestigious in Assam; hundreds of thousands of students prepare for its regular selection exams.

However, ASPC recruitment has long suffered from a lack of transparency and allegations of corruption. Its former chairman, Rakesh Paul, was arrested in 2016 after a court found he received bribes from certain candidates in exchange for providing them with separate rooms during the examination.

Paul was close to former Assam's Chief Minister Tarun Gogoi. Although no legal action was taken against Gogoi, the widely publicized scandal tarnished the image of the INC in the state.

During the 2016 elections, the BJP promised to clean up the ASPC from dishonest officers, but it wasn't long until it also faced accusations of corruption.

For example, when recruiting new staff for the Panchyat and Rural Development in 2017, the BJP faced public criticism after answers were leaked on social media before exam day and candidates were caught using mobile phones in the exam hall. While Assam police opened an investigation into the irregularities, appointments were made anyway.

@PMOIndia What happen to your governments zero tolerance against corruption……plz do come and see what happened in Assam….#PNRD scam…….
We need investigation……

Local media also reported on the leaking of exam papers before a recruitment exam by Assam Power Distribution Company Limited took place in 2019. Police are investigating the incident.

Also in 2019, the Assam government promised to appoint more 1,600 posts in the newly-established Foreigners Tribunals, courts where suspected foreigner citizens are summoned to prove their Indian citizenship. Exams were held and a list of qualified candidates was released, but the government hasn't appointed them yet.

#Release_FT_Appointment The reluctance of the #AssamGovt to issue #AppointmentLetters to the selected Foreigner's Tribunal members once again proves their insincerity towards solving the illegal foreginers issue and their blatant disregard for Supreme Court directives. 1/2

The announcement of the 55,000 jobs was met with criticism online. The National Student's Association of India (Assam branch) tweeted:

◆ One Nation
◆ One Man
◆ Crores Unemployed

Today's youngsters are awake
about there jobs.

Gargee Kashyap from the city of Guwahati tweeted:

Unemployment at it's peak and what is more worring is that those exams that were held, Results still not declared like APDCL, APSC mains 2018 When will the concerned authorities will actually do something about it? #SpeakUpForJobs #ReleaseAPSCMain2018Results

This is now become a trend, date after date in court is the new normal…Why does it take more than a year to release the Apsc Mains results, the whole process which needs to be completed in a year takes more than 3 years,This is not acceptable.#ReleaseAPSCMain2018results https://t.co/el4iK2QZkp

Someone who says has sat the exam to the Foreigner Tribunals’ said: