Like jeans, maleness can be re-worked when it doesn’t fit 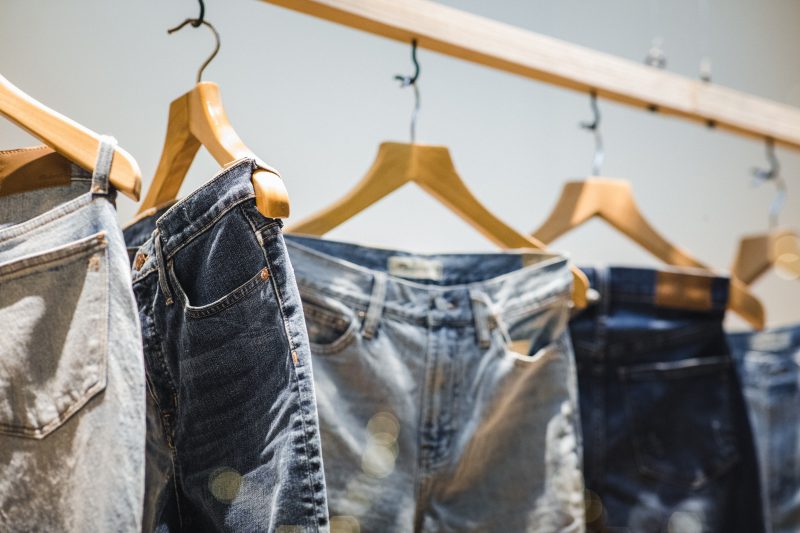 This article was originally published by Promundo, on “/masc: conversations on modern masculinity.” An edited version is published here with permission.

“Be a man!” said the police officer, when he felt my friend wasn’t answering his questions clearly and loudly enough. The officer was asking about a fight he’d heard was going to take place that Friday afternoon near my school. Meanwhile, higher up the road, boys in their school uniforms stood on the sidewalk in silent anticipation, prepared for combat with iron bars, planks of wood, dog chains, bottles from the village shop, and knives. Those were the boys who at 15 and 16 years old were busy “being men”.

Language is a funny thing. Formal education taught us to have a command of Standard English. In Literature and English classes, through correction and the recitation of prose, we were encouraged to be “middle-class, educated, post-colonial men.” But the boys who were versed in the national (“Creole”) language had no time for the ones who spoke Standard English only; they demanded that everyone be a man “of this culture and this soil!”

Switching registers depended on the social situation as much as the person you were speaking to. On one occasion, two police officers lined up a group of boys on the street to search them because they were “acting suspiciously.” They gave instructions for the boys to put their hands on their heads and kneel, as they pointed a gun to their adolescent faces. One of the boys communicated his every action in Standard English to show that he was following orders diligently and respectfully. The response he received was, “Why do you talk like that? You like boys or what?” Standard English—which was meant to distinguish him from the poor, the uneducated, those who were more likely targets of state violence—did not make this young man any safer.

I’ve never sat down and written exactly what it meant for me to be a man. I didn’t know there was the word—“masculinity”—that summed up the arbitrary definitions and meanings of manhood that could switch from person to person, depending on time, and context. The cry summoning us to “be men” assumed there was a DNA of maleness already living in us, sometimes waiting to be activated.

Being a man meant that we were tough, certain, in control and dominant. But masculinity was an idea of manhood that they tried to fit to our bodies like a pair of jeans. These jeans of masculinity were handed out to me over the years. The concept of time, especially the fear of “lost time”, is important to manhood. Culture in a patriarchy drives boys to be men as early as possible.

Boys seek out validation from peers and older men to continually affirm their “maleness.” This, in part, drives the animus in public discourse against single-parent female-headed households. Boys grow up learning to blame their mothers for not walking them along the measurements of manhood at what is perceived as an appropriate time. Some of the “mama’s boys” who long identified with the nurturing care and example of a woman may, later on, repudiate this tutelage. This is another form of “woman-blame” in our society.

Mothers may also have some investments in patriarchy that are harmful to themselves and their sons. However, women ultimately do not bring up patriarchal sons as effectively as the dominant male culture does—male-led violence and conflict, sexual violence against women and girls, and violent regulation of heterosexual male culture in social and institutional spaces is not carried out by women. At the core of this dilemma is that men may enjoy social spaces and experiences that run contrary to the dominant patriarchal culture, but hold the deep fear that they are more vulnerable for participating in these environments and ultimately, they feel less equipped to deal with patriarchal ones.

There were over 500 homicides in the last two years in Trinidad and Tobago. Of course, no government wishes to have a crime problem “on their hands” but the response of the state is always to throw responsibility to the public for their lack of morals and a culture of negligent parenting that supposedly engineered transnational trafficking of guns and drugs, entrepreneurial corruption in the procurement of contracts, gang formation in under-resourced urban communities and the increasing development of “gated communities” to draw lines of social distancing of classes, social outcomes, and opportunity. As a sign of the political dysfunction and the weak capacity of the state to create public safety, homicides, rapes, police brutality and societal “wickedness” generally go undetected and unpunished. The least we can do as a people is memorialize our dead to re-center the value of human life and expose the unfinished work of governance.

The miserable men who murdered their partners are too many to mention. In one case last January, after a woman attempted to free herself from a toxic union, her ex-partner went to her place of work, after months of online stalking, shot her twice and then killed himself. It was around 8:00 am, a time when some have just had their first cup of coffee, some have already made their way to work, and some school girls scan the faces of men on the taxi stand before deciding which taxi to take: “Who is the least threatening?” “I’ve seen him before” “Just because he is very old doesn’t mean he can’t be my rapist.” Around 8:00 am, I would drive to class. I would blow one horn if I saw a woman walking by who was attractive, two if she was so impressive and “bess” that I felt the need to bombard her eardrums and peace with the noise of harassment. If you cannot see how these everyday practices lead to dead women then you have chosen to ignore what “being a man” contains and conceals.

This is why when women march for their rights to be recognized and guaranteed by the state and ordinary members of the society, they ask “Where are the men?” The marchers, public displays of solidarity, and comrades are too few for us to really believe the compensatory cry: “Not all men are bad.” Some men point to their lives on the “right path”—extraordinary love for daughters, and “presence” in the home. And yes, all men are not bad, but too many are silent, and too few are reliable in the struggle for gender justice.

Maybe the men who need to speak up and act are too busy being careful, trying to zip up the wrong jeans and/or staying quiet, ignoring permanent flaws in this wardrobe ritual. Thinking that manhood was an inheritance that moved through the ages, as an unchanging and inevitable truth of the universe is a mortuary for humanity. We have choices to make, personal and political. Our jeans can be thrown away at any time, especially when they don’t fit, or refashioned, and that—just like our maleness—is our responsibility and our freedom.