In Bosnia's third-largest city, migrants rely on a group of volunteers for relief and comfort 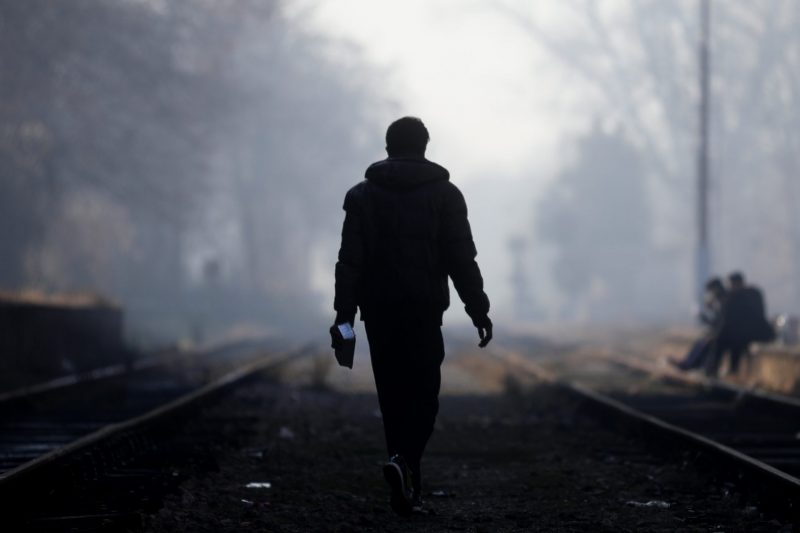 This story by Belma Kasumović was originally published on Balkan Diskurs, a project of the Post-Conflict Research Center (PCRC). An edited version is republished by Global Voices as part of a content-sharing agreement.

Bosnia and Herzegovina is at a migration crossroads between Eastern and Western Europe. Around 60,000 people entered undocumented in the country from early 2018 to June 2020, according to the country's Service for Foreigner's Affairs. Many come from the Middle East and South Asia and are headed for Western Europe.

But with the route through Serbia and Hungary blocked by a border fence, and Croatia becoming increasingly dangerous for migrants to pass through, thousands have been stranded in Bosnia, dispersed through reception centers or living in improvised camps.

In Tuzla, Bosnia's third-largest city, migrants have been residing in and around the main bus station, where they have access to a small public fountain and are able to meet people of similar faiths. While their presence there has angered a few locals, a group of volunteers is going out of their way to provide some form of relief to them.

“I approach each and every man as a human being. At no point do I care if he is from Pakistan, Morocco, Algeria. I see a human being in need in front of me, and I act in accordance with that. This is how it all starts,” says Senad Pirić, a volunteer from Tuzla. 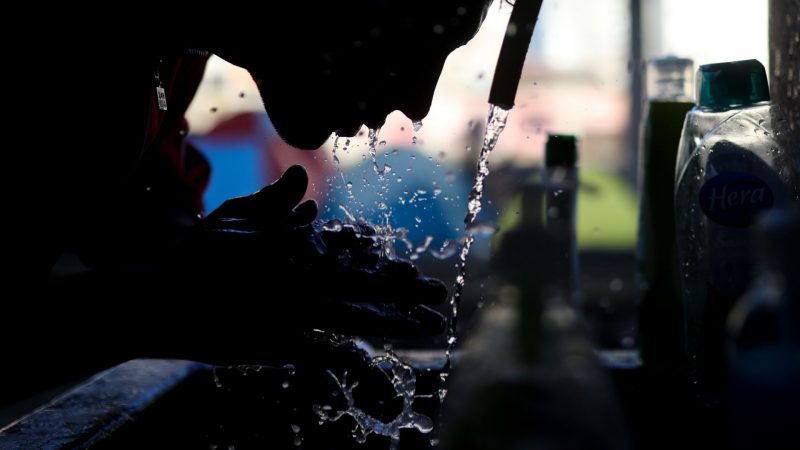 A person uses the public fountain near the bus station in Tuzla in December 2019. Migrants often rely on this fountain for refreshment and washing. Photo by Armin Durgut/Balkan Diskurs, used with permission.

In 2018, Pirić worked as a journalist and was assigned to do a story about the migrants in the station. After getting to know them, he began to help them by bringing supplies, food, or money.

“The first year was relatively easy for us, as Tuzla citizens did not notice these people. They would come here at night, they slept here, at the station, in the park” he said.

At the bus station, restaurant owner Azra Alibegović has been providing migrants with unrestricted access to the bathroom, showers, and power outlets. As a token of gratitude, they often help her clean the restaurant's garden, she says.

“In the evening, when we close, they put away chairs, tables, take down parasols, and say their greetings. In these three years of working with them, I have never had a single incident. They are good to me here, they respect me, and I respect them as well,” Alibegović added. 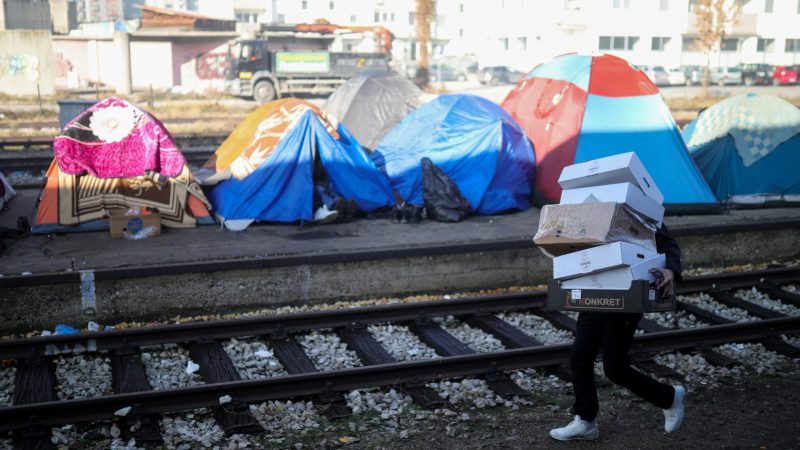 According to Wikipedia, Tuzla is one of the few Bosnian towns that “managed to keep the multiethnic character during and after the Bosnian War, with Bosniaks, Serbs, Croats, and a small minority of Bosnian Jews still residing in the city.”

But intolerance still found its way to Alibegović's restaurant. She says locals avoid eating there now, and even recruiting a new waitress proved difficult. “They immediately would say ‘no, there are migrants, I wouldn’t work with them.'”

Recently, the police came and told Alibegović that migrants are no longer allowed to gather at the station. “The policeman said, ‘Azra, you have migrants in the restaurant again,’ and I said, ‘they are my only customers, I can’t chase them away.”

Volunteers, too, have faced condemnation from locals. “We are accused of human smuggling, equipping them with weapons and the like,” says Pirić. “In reality, [critics] can’t find imperfections with us or our work, because we do this with all our hearts and without any personal interest, and that’s somehow incomprehensible to people.”

Amila Rekić, who usually helps women migrants by providing accommodation at the Safe House, a shelter for women victims of domestic violence, says that lack of funds and the public pressure is driving other volunteers away. “Some citizens think that if there was no help from volunteers, migrants would no longer come to Tuzla,” she says.

For Rekić, the media's constant focus on negative stories has helped stoke distrust in the local community. “Yes, there are groups of people who cause trouble. And that happens as a consequence of losing everything, including being stripped of basic human rights. It happens either because all that stress, anxiety, and other things accumulate, or because they are simply that kind of individual – as some of us are,” she said.

Pirić says that many migrants come with the desire to find a job, and resents the fact society excludes them despite their talents. “One of them has, for example, a talent for painting. We've had one hafiz of the Qur’an, a carpenter, a cooker. And now they are all begging in the streets of our country while somewhere else their talents would be appreciated”

Data by IOM Bosnia and Herzegovina published in September 2020 show that there are 7,400 migrants were registered in seven reception centers, coming primarily from Afghanistan, Pakistan, Palestine, Syria, and Algeria.

Tuzla's station is a temporary home for two Morrocan friends who, in addition to sharing the same name – Hamza –, divide a sleeping spot under the open sky. They met while they were in Serbia and have reunited again in Tuzla.

One of them described how he thinks the local community perceives them: “They think we’re all the same. I know some [people] are causing problems, but we are not all the same,” he says.

Bosnia is not their final destination — the pair hopes to eventually move to Western Europe. 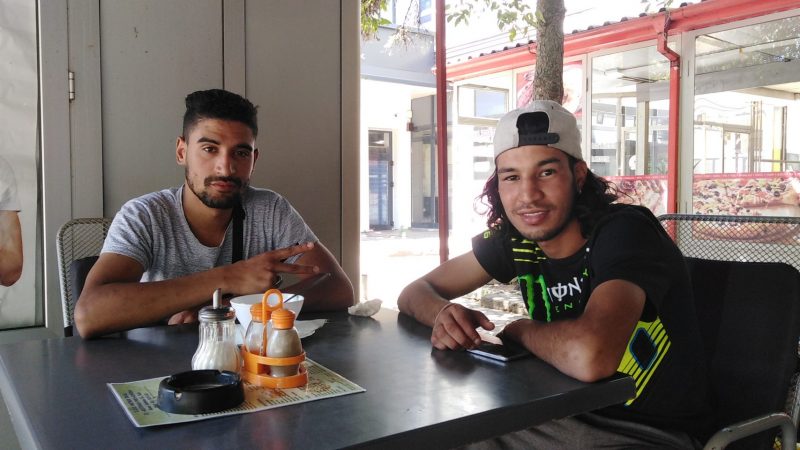 Rekić says the migrants often show gratitude for the help they receive. “The fact they call us once they leave the country testifies that. We follow the course of their lives, we stay in touch. We meet their families,” she said. “The most emotional moments are those when mothers appear on the other side of the telephone screen and cry, thanking us for providing them with a meal or shoes that day, or for finding them accommodation.”

For Pirić, it isn't enough to feed them or find them a place to sleep. “I want to give them back their dignity, I want them to see that they do matter.”