Sudan will continue to face sanctions until it gets delisted 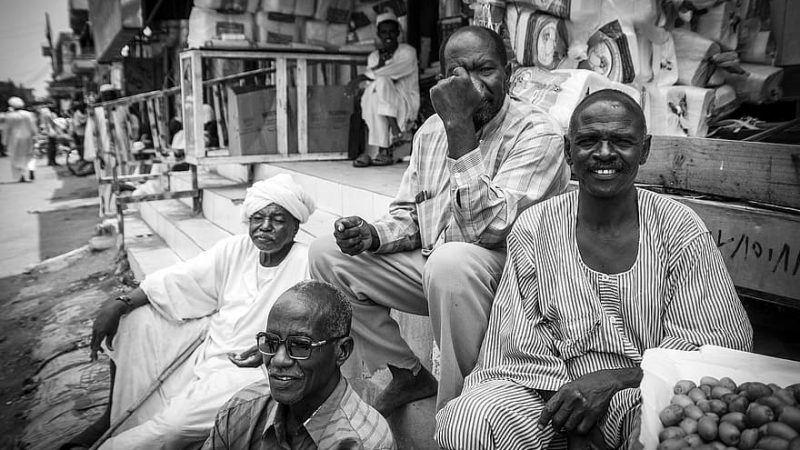 In April 2019, the Sudanese people deposed the military regime that had ruled the country for 30 years. Among its many devastating inheritances, the country has had to deal with being on the United States’ list of state sponsors of terrorism.

It’s been a year since Sudan established a transitional government, but the US is still reluctant to delist Sudan, and this seriously impacts Sudan’s economy and its future.

Sudan was listed as a state sponsor of terrorism in August 1993 based on the rationale that under then-President Omar al-Bashir, Sudan was “supporting international terrorist groups, including the Abu Nidal Organization, Palestine Islamic Jihad, Hamas, and Hizballah.” Sanctions that followed this designation include those put on US foreign assistance, financial restrictions, and a ban on the sale of defense exports. There are penalties that can also affect other countries that engage in certain trade dealings with countries deemed state sponsors of terrorism.

Sudan’s civilian-led transitional government asserts that these named terrorist organizations do not exist in Sudan today. Abdalla Hamdok, the prime minister of Sudan, confirmed in his September 2019 speech at the UN General Assembly that these were the acts of the deposed regime. Yet, Sudan remains on the SST list, and this has real implications in terms of government sanctions, including requiring the US government to oppose loans by the World Bank and other international financial institutions. Sanctions also include recent restrictions on student visas.

Last August, the Sudanese government reached an agreement with the Trump administration to “deposit $335 million in an escrow account for the families of victims of terrorist attacks that the former Sudanese regime played a role in supporting two decades ago. The attacks covered in the agreement are the 1998 embassy bombings in Kenya and Tanzania and the 2000 terrorist attack against the USS Cole.” This deal was supported by Edith L. Bartley, a spokesperson of families of Americans who were killed in the bombings.

These efforts, however, may be jeopardized by some of the victims of the 9/11 attacks who argue that Sudan took part in these terrorist attacks. In this year’s anniversary of the attacks, US Senator Bob Menendez issued a statement describing the negotiation between the Sudanese government and its US counterpart as a “slap in the face of the 9/11 victims and families” and saying he will oppose any legislation “that does not treat 9/11 victims and family members with the respect and dignity that they deserve.”

These accusations are clearly unfounded. Noureldin Sati, the Sudanese ambassador to the US, fully denied these claims, stressing that no court has ever corroborated them. More importantly, the 9/11 independent commission report noted, “… [n]or were bin Laden's assets in Sudan a source of money for al Qaeda.” The report also confirmed that “[w]hen Bin Laden was pressured to leave Sudan in 1996, the Sudanese government apparently expropriated his assets and seized his accounts, so that he left Sudan with practically nothing.”

Most US lawmakers from both parties favor moving forward with the deal, but two senators oppose it for the aforementioned reason. Recently, however, US Secretary of State, Mike Pompeo, sent a letter in support of passing the impunity act. In it, he said the deal was a “once-in-a-generation opportunity” to gain compensation for the many victims of these terrorist attacks, as well as provide support for the young democracy in Sudan, after the country had rid itself of the al-Bashir dictatorship.

Many US experts in Sudan support the deal, arguing it will benefit both countries.

Cameron Hudson, a senior fellow at the Atlantic Council's Africa Center, and former chief of staff to the US special envoy to Sudan, wrote an article arguing that the US Congress should work to remove any obstruction.

David L. Phillips, a senior adviser and foreign affairs expert at the US State Department and director of the program on peace-building and rights at Columbia University's Institute for the Study of Human Rights where he co-chaired the Two Sudans project, recently published an article in which he supported the deal. He said that delisting will benefit the US economy because Sudan is “rich in hydrocarbons; it is also home to gum arabica that is harvested from Acacia trees by women’s cooperatives in Darfur. Expanding gum arabica production, widely used in food processing and cosmetics manufacturing, could be a windfall for companies like Coca-Cola, Chobani and Estee Lauder, that require reliable and high-quality supplies of gum arabica.”

Most recently, Sudanese in the US took to social media, sending messages to the senators opposing the deal, and calling for the removal of the SST list, some calling on Schumer and Menendez to stop politicizing the issue.

Meanwhile, Sudan today is rife with severe, unprecedented crises, including economic spiraling and extreme flooding. In early September, the current government declared a state of economic emergency following a sharp fall in the currency, with inflation having hit a high of 143.78 percent in July. These harsh economic conditions are similar to the last period of the ousted al-Bashir regime and have definitely put the whole transition period at risk.

It is obvious that none of the conditions that once legitimized Sudan’s place on the SST list are still valid and that delisting Sudan is critical to the nation’s stability and growth for the future.

Sudan now has a fledgling democracy that needs international support. The US’ removal of Sudan from this list is a crucial step in tackling the ongoing economic crisis. Moreover, it will strengthen the civilian-led government with, undoubtedly, long-term benefits to both Sudan and the US.