The untold plight of imprisoned women in Africa, the Americas, and Asia under the pandemic 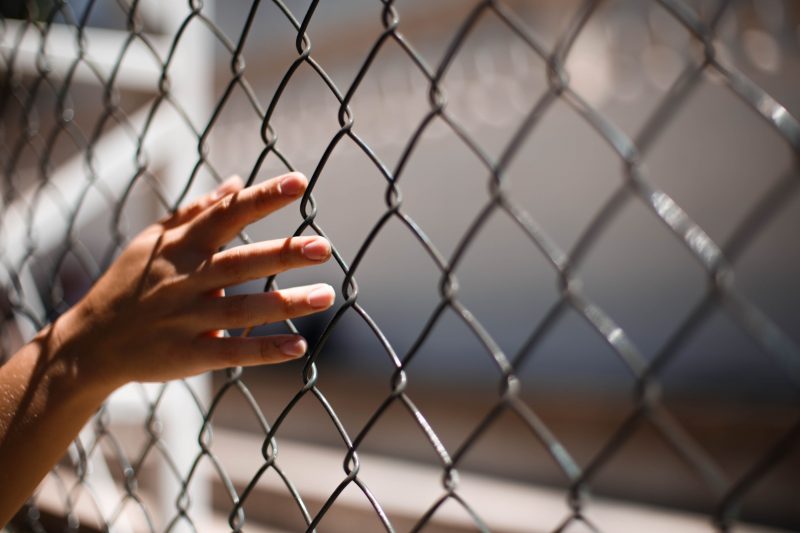 When COVID-19 hit prisons around the world, it entered overcrowded, insalubrious, and forgotten places in which women are a minority and face specific risks. Women represent between two and 10 percent of the world's incarcerated population, but their numbers are growing faster than those of men.

Yet, women are rarely shown in data disaggregated by gender. News reports on them are rare, if non-existent. For example, there have been reports of COVID-19 spreads in prisons but rarely does the public know whether incarcerated women are part of the affected demographic.

The smaller proportion of women in prison populations is one reason criminal justice systems too often remain designed and run with men in mind, and often by male decision-makers. Where governments have taken action to prevent or address COVID-19 in prisons, they too seem to have men in mind, mostly overlooking the different and unique impacts they may have on women.

The majority of women spend years in pre-trial detention or in prison for minor offenses, low-level drug crime, self-defense from gender violence, and, depending on the countries, abortion, miscarriages or political activism.

In May, the Marshall Project reported that 13 women died from COVID-19 in US prisons and wrote that “[their stories] also reflect the all-too-common ways they get there in the first place: Drug addiction and violence involving the men in their lives.”

In these secluded contexts, women also face a higher risk of sexual abuse and insults of a sexual nature. For example, in April, reports about the alleged suicides of two female inmates in two different Argentine provinces have highlighted institutional gender violence in the prison system that was already severe before the pandemic.

Leaders of UN Women and other organizations wrote in May:

Not only are women at risk of contracting COVID-19, they are also exposed to an increased threat of sexual violence during the pandemic due to decreased security in prisons.

Women, who typically receive fewer visits than their male counterparts, received none under COVID-19 restrictions. In Jamaica, Maria Carla Gullotta, founder of an NGO working in the area of prisoners’ welfare and rehabilitation called Stand Up for Jamaica, told Global Voices:

Now, with the pandemic, contact with their children is non-existent, apart from an occasional Skype session.

This adds a sense of isolation for women. At the beginning of the pandemic in Brazil, the Brazilian organization Pastoral Carcerária Nacional stated in an open letter:

We have heard reports of how terrible it is to face the pandemic inside the prison, without being able to receive a visit or go to school, which is inside the prison. It is not enough to be in prison, the woman has to be oppressed, undressing all her individuality. Now that they have no activity, they even forget who they are, they lose their identity.

In some contexts, such as in the Middle East and North Africa (MENA) or in Argentina, a lack of visitation rights also means a lack of food, medicine, clothing, and menstrual and hygienic products. According to human rights groups, these visits are a critical lifeline for women who rely on them for essential items. Pastoral Carcerária recently pointed out that the ban on visits to prisoners did little to stop COVID-19 in Brazilian prisons and that the ban makes it difficult to monitor torture in jails.

In Venezuela, for example, 80 percent of incarcerated people already depended on their relatives’ visits for food and essential products in 2018 as they suffered from malnutrition. Reports from 2019 show that many imprisoned women are victims of sexual violence or have to trade sex with prison staff for food. There has been almost no coverage on imprisoned women’s particular situation during the past months of lockdown, except for a few reports on specific events, such as hunger strikes and death by malnutrition.

In July, the NGO Observatorio Venezolano de Prisiones [Venezuelan Observatory of Prisons] highlighted the case of 107 detainees in a police station “begging” the courts to open in order to resume their judicial processes which had been closed for four months as a result of COVID-19 lockdowns.

107 detainees call for speedy proceedings. 107 women detained in the Eduardo Ramón Vizcaino police station in San Félix demand faster judicial processes, since they have already served 4 months without being attended to by the courts of the #Bolivar state

As exemplified in the video above, prisons and police stations are often overcrowded, heightening the risk of contagion. According to the International Drug Policy Consortium, Thailand detains about 125,000 more people than its normal capacity; Cambodia's largest prison holds five times more people than its maximum capacity, and overcrowding in Philippine jails reached 534% in March this year.

While Latin America also has some of the most packed prisons in the world, European countries and the United States — the latter has the highest incarceration rates in the world — have also been flagged for overcrowding. In U.S. immigration detention centers, whistleblower reports of widespread medical neglect regarding COVID-19 and enforced hysterectomies on women have grabbed headlines.

The Nigerian government sought to decongest Nigerian prisons to minimize the potential impact of COVID-19 and released “low-risk prisoners” and other groups in May. Yet, reports show that only one woman out of 2,600 prisoners benefited from the government's program.

Release in the Middle East and Northern Africa have also been inconsistent. Even though thousands of detainees have been conditionally released in the past months, those considered political prisoners have remained behind bars. Last July, two Egyptian women were sentenced to two years in prison for “violating family values” on TikTok. In Saudi Arabia, feminist activist Loujain al-Hathloul, who campaigned against the ban on women driving, is still detained with little-to-no contact with the outside world.

In Brazil, the courts continue to ignore a measure adopted by the Supreme Court in 2018 as more than 3,000 mothers and pregnant women are still imprisoned instead of serving under house arrest. Later, the Intercept revealed how everyday sexism weighs heavily on the judges’ decisions. The majority of women who are imprisoned in Brazil committed crimes without violence; 62 percent of women in Brazilian jails are Black and 74 percent are mothers, according to data from Infopen Mulher.

Amid these hardships, some local independent media strive to make imprisoned women's stories known. In Indonesia, the progressive magazine Magdalene has trained female inmates to write and publish stories behind bars, so they can share what they are doing, thinking, and hoping for.