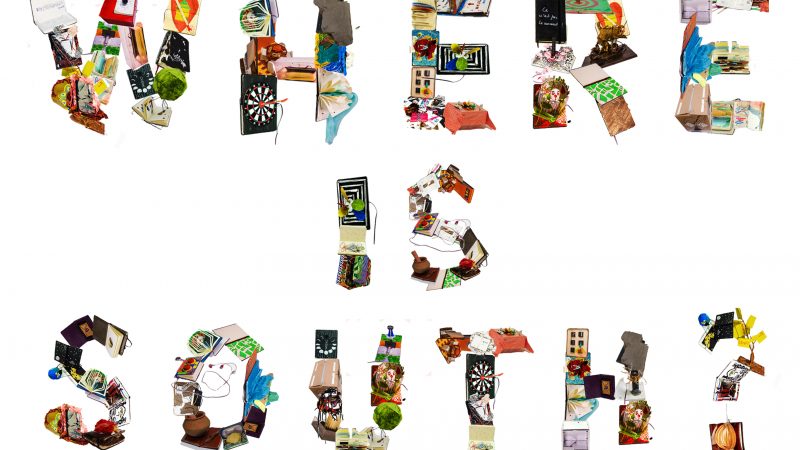 “Where is South” features 90 artists and creatives from various cities who interrogate the notion of the “Global South.” Photo courtesy of the Moleskine Foundation.

The “Global South.” It's a loaded, highly political term often used to define regions of the world in opposition to each other.

More than 90 young artists and creatives from Gabon, Mozambique, the UK, the USA, along with refugees, asylum-seekers, and migrants from Nigeria, Gambia, and Cameroon living in Italy, interrogate the concept of the “Global South” in a new, virtual exhibition called “Where is South?” that launches next month.

In a press release, exhibition organizers say that using the term “Global South” is sometimes a “shortcut for labeling one part of the planet inferior, less developed, or impoverished.” Others use it interchangeably with the “third world,” another problematic, misleading term that emerged during the Cold War to describe countries with lower economic status who were also not aligned with the North Atlantic Treaty Organization (NATO) or the Warsaw Pact.

“No matter where we are in the world, there is always a ‘south,'” said the exhibition's co-creator and curator, Simon Njami, who continues:

These young people reclaimed their power to define the word as a very intimate notion that varies according to the place where they are and where they want to reach. The exhibit powerfully reveals that there cannot be any south without the gaze we invest it with.

The exhibit will take over the Moleskine Foundation Instagram from October 1 through October 30, 2020.

The works are the creative outcomes of the Foundation’s AtWork initiative, “an itinerant educational workshop designed to unlock the creative potential of young people through critical thinking, intense debate and self-discovery.”

AtWork started in 2012 in Dakar, Senegal, and has since traveled throughout Africa and beyond “to inspire a Pan-African and global network of creative thinkers,” according to the Moleskine Foundation. 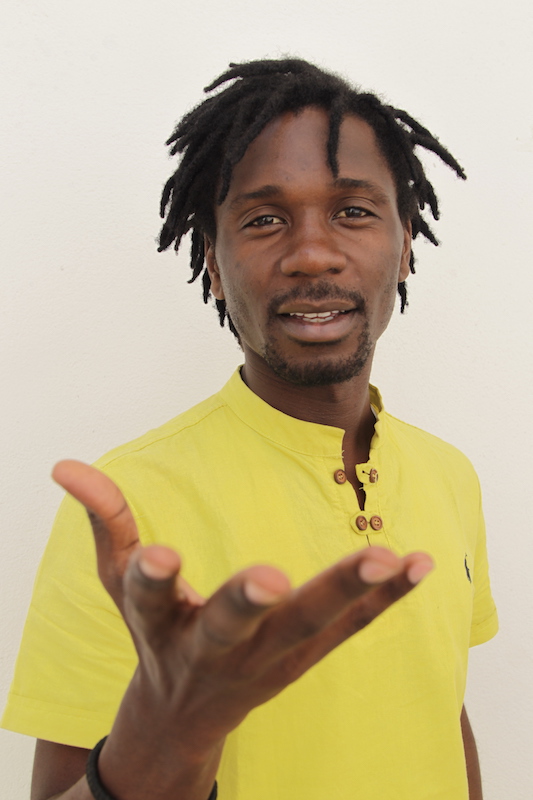 The artists, all between the ages of 18 and 27, challenge notions of independence, identity, borders, and history.

Showcasing more than 90 hacked, decorated and transformed notebooks created by artists and creatives in each of the AtWork cities where workshops took place in 2019, the exhibit “redefines the ideologically charged word at a moment when people are debating how to create a more equitable society in a post-pandemic world,” according to the press release.

Frank Noel Makosso, a poetry slam champion from Libreville, Gabon, participated in the AtWork Libreville workshop in 2019. He defines the word “south” as his “inner self.” For the exhibit, Makossa created a collage of French and English words and phrases from newspapers and magazines in an artwork called, “How to express the ineffable?” 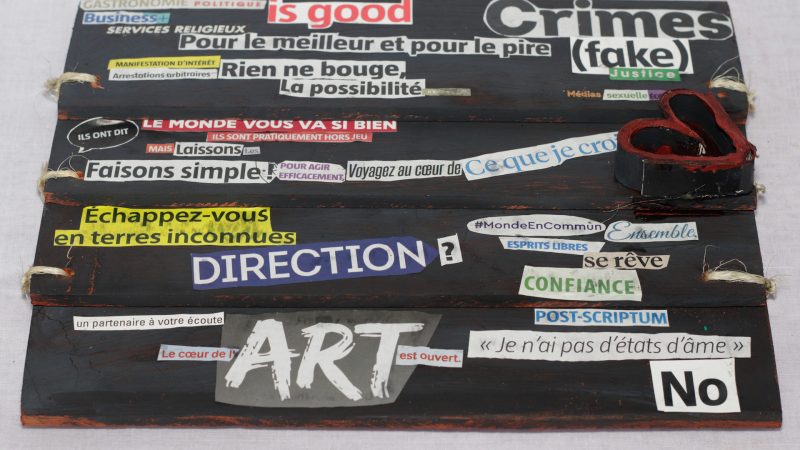 “How to express the ineffable?” by Frank Noel Makosso, Libreville, Gabon. Courtesy of Moleskine Foundation Collection.

Here is a sampling of artworks produced during the AtWork Libreville 2019 workshop:

Here is a sampling of artworks produced during the AtWork Maputo 2019 workshop:

“Our goal is to create a welcoming and creative space where young people can think differently, get out of their comfort zones, and are free to question the society around them,” said Adama Sanneh, CEO of the Moleskine Foundation.

Gabon at the forefront of Central Africa's creative economies

The coastal city of Libreville, Gabon's capital, is called the “free city” because it was officially declared a city for freed slaves in 1849. Today, it's one of the top five most expensive cities in Africa, but creativity is still not valued. Art centers and galleries have been nonexistent and cultural programming centers around its Institut Français. 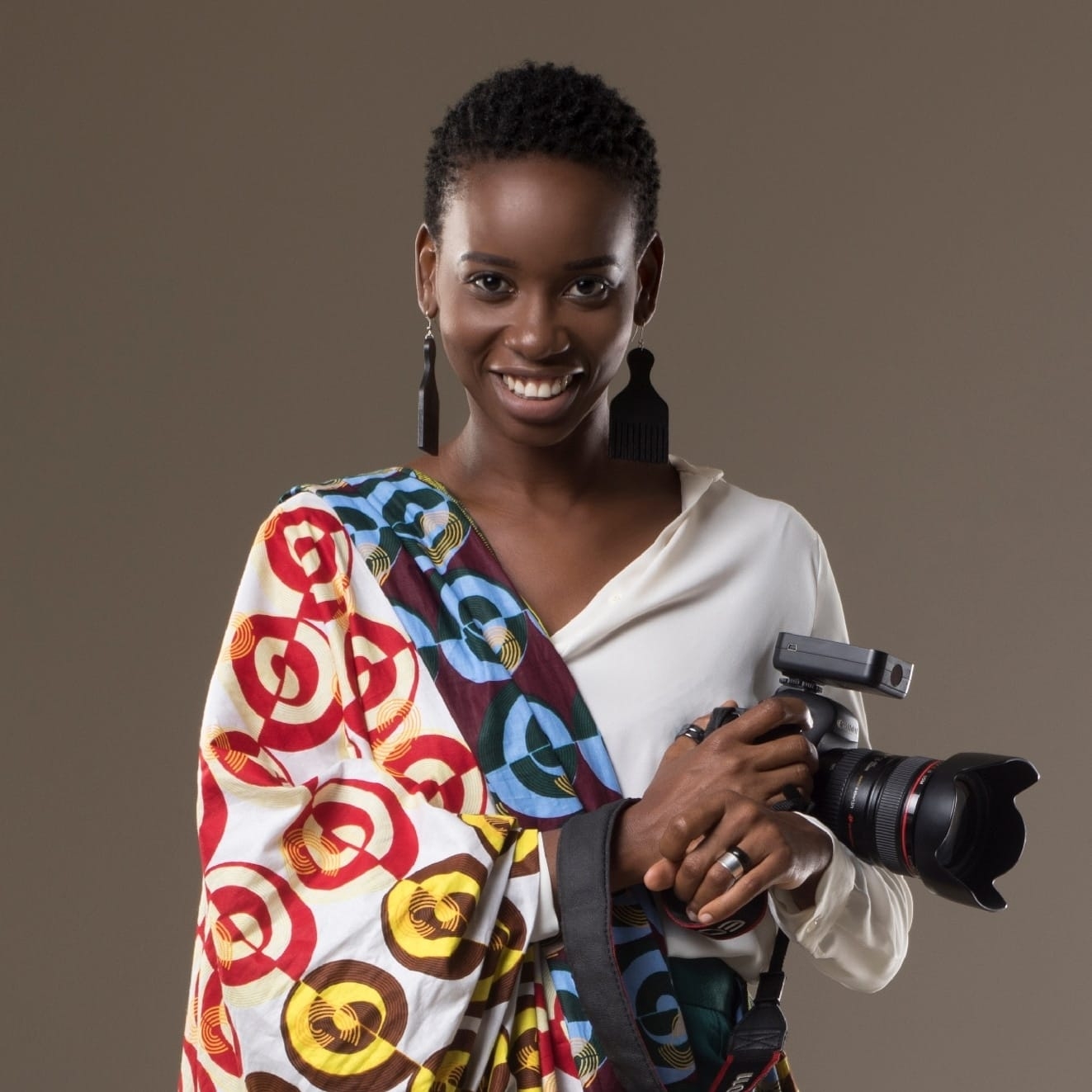 B​unny Claude-Massassa, ​a multimedia artist and 2018 AtWork alumna, decided to address Libreville's lack of spaces for independent culture by founding her own nongovernmental organization, Mukasa.

Initiating the city’s first non-institutional space dedicated to conversations about culture and creativity, Mukasa hosted the AtWork 2019 workshop,​ ​“Where is South,” in partnership with the National Museum of Gabon and Institut Français.

Mukasa is inspired by the concept of dwabi, which means, in Gabon's Punu dialect: “basket holder,” made of woven ropes.

The object — used by both men and women to transport heavy loads over long distances — has become a metaphor for all of Mukasa's activities, aspiring to serve as a strong link between art, culture and audiences.

Mukasa aims “to create, develop and support a creative artistic ecosystem” to strengthen the  Gabonese artistic scene and take a leading role in the region's arts scene and commercial market. The center will include a media library and an exhibition space as well as a place for artists to convene and relax.

Construction was postponed due to COVID-19 but is now back underway, with plans to host a series of documentary screenings focused on questions of identity by November that will follow all COVID-19 protocols. 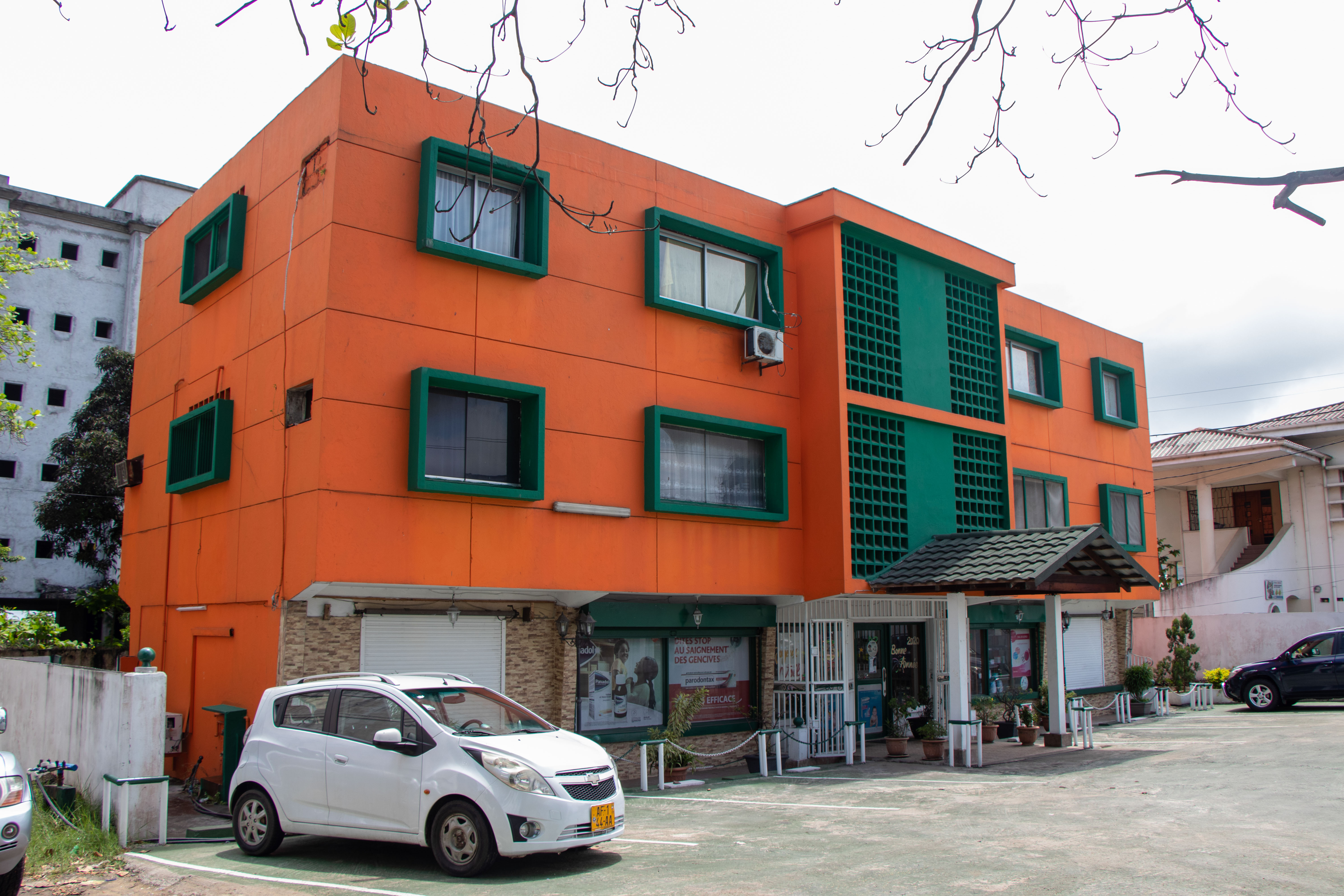 Mukasa building in Libreville, Gabon, provides a space for artists to convene, study and exhibit. Photo courtesy of Moleskine Foundation.

This year, Gabon's Ministry of Culture and Arts escalated governmental support for the cultural and creative industries (CCI), designing its first legal framework to harness emergent social and economic opportunities, according to UNESCO.

This catapults Gabon to the forefront of Central Africa’s move toward a formal creative economy.

Since the pandemic, some of the continent's creative economies — mostly fueled by informal sectors — have taken a hit. Musicians and visual artists who usually tour and participate in live exhibitions have had to press pause on their programs due to coronavirus-related cancellations. But overall, the continent's cultural goods sector employs approximately half a million people and generates $4.2 billion in revenue across Africa.