Hong Kong's universal testing wraps up with low turn out

Beijing's involvement on the scheme might have spooked Hongkongers 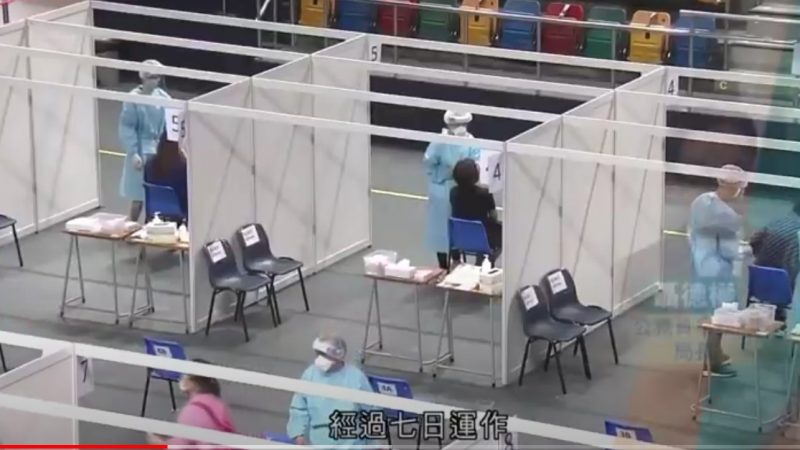 Hong Kong's universal COVID-19 screening program came to an end on September 14 after healthcare officials tested 1.78 million people. Authorities initially hoped that at least 4 million out of the city's 7-million population would volunteer for the test.

After Hong Kong recorded a surge of local transmissions of COVID-19 in mid-July, Chief Executive Carrie Lam reached out to Beijing to help the city conduct a universal, voluntary, and free testing program of the city's population.

Lam's decision was criticized by medical experts who doubted the effectiveness of universal testing on locations that aren't under total lockdown, which is the case of Hong Kong. Others pointed out that by the time the Beijing medical arrived in the city, in early August, the daily rate of new infections had already wained.

In addition, pro-democracy activists led a boycott campaign of the city-wide testing over fears of Beijing's involvement in the logistics. Activists cited concerns over the possible collection of DNA data from Hong Kong citizens and the use of that data on a future health code system, similar to those implemented in mainland Chinese cities.

Lam dismissed all such critiques as “politically motivated.”

Hong Kong observers have argued that the universal testing would serve as thermometer of the city's level of public trust. While Lam hailed the program as “a success,” her critics contended that the low turnout was a “symptom of a failed state.”

The test wasn't mandatory, but local media outlets have reported that school teachers, civil servants, and employees of mainland Chinese companies were allegedly compelled to volunteer for the test.

The authorities have identified 32 positive cases, with 40 percent of them being “weak positives,” which means they aren't contagious. The government hoped that the testing program would be able to identify at least 1,500 asymptomatic spreaders.

The cost of the universal testing was also the subject of controversy. In total, the program cost 1.42 billion HK dollars (approximately 183 million US dollars), with about a third of that shouldered by Hong Kong taxpayers. Around 70 percent of Hong Kong's expenses covered wages of health care staff, according to Civil Service Minister Patrick Nip.

Beijing bore the rest of the cost by building temporary testing facilities, supplying testing kits, and processing results — the latter is the responsibility of Sunrise Diagnostic Centre Limited, whose parent company, BGI group, has been involved with building a gene bank in Xinjiang. BGI group is among the Chinese companies recently sanctioned by the United States’ government.

In the weeks leading up to the start of the program, adverts were run on pro-Beijing newspapers and TV channels urging people to volunteer for the free test.

Here are a few examples found on a Twitter search of 全民檢測 (universal testing). The account @houpan123 tweeted on September 9:

You all see the result now. #universal testing has given Hong Kong a new look in 7 days. People wear a smile of victory on their faces. The “attack” of COVID-19 is not a setback for Hong Kong. It has aggregated a spirit to counter the current. With the presence of the central government to safeguard Hong Kong, and the responsible SAR government and the solidarity of people, #HongKong will overcome the epidemic and gain a victory.

The account @MariaCobbs4, which was created recently and has zero followers, tweeted on September 7:

#universaltesting is the way to save Hong Kong, not the mutually destructive protesters.

This September 7 tweet by another suspicious account, @dEouU90VxHQlXzz, who also has zero followers, was retweeted four times:

Fully support universal testing. The effort made by Hong Kong people and concerned citizens will restore Hong Kong back to “zero cases”.

A lot of Hongkongers have remained skeptical of the program despite the propaganda.

Pro-democracy politician Gary Fan described the testing scheme as a project by the Hong Kong government to please Beijing:

The city-wide test is a political mission to please the central government. If less than a million people had shown up, the government would have lost its face.

This is a transmission of interest (to China). How much is the monthly salary of mainland Chinese medical workers? The testing kits are trash. They take our money as crap [sic] and we will use up all our reserves soon.

14 days of testing and HK$370 were spent on salaries. On average the daily salary is HK$26.42 million. This is totally crazy. There were 141 specimen collection sites, which means the daily salary of each center is HK$190,000. We are talking about daily here! How do you picture this?

370 million and the Chinese team has 600 medical workers. On average each were paid 600K?
Hong Kong public health expense has been cut (in recent years) and now we are spending so much on this useless crap?

Free universal testing???? Where is the HK$500 million coming from?