The musician was a 'firebrand' for Jamaican music 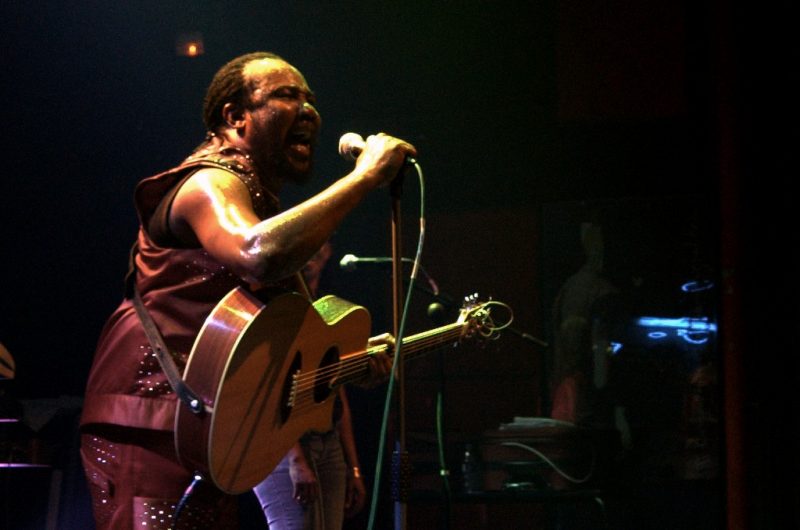 A unique voice fell silent on the evening of September 11, when pioneering reggae singer/songwriter “Toots” Hibbert, best known as the front man for the band Toots and the Maytals, passed away at the age of 77 at the University Hospital of the West Indies in Kingston, Jamaica.

Although the cause of death has not been confirmed locally, he was suffering from respiratory issues. Internationally, his passing has been widely reported as being COVID-19-related.

The band broke the news on Twitter early the following morning:

It is with the heaviest of hearts to announce that Frederick Nathaniel “Toots” Hibbert passed away peacefully tonight, surrounded by his family at the University Hospital of the West Indies in Kingston, Jamaica… pic.twitter.com/zOb6yRpJ7n

As obituaries and tributes poured in from around the world, Jamaicans paid tribute to the reggae icon in their own way. Unlike many other internationally popular Jamaican musicians, “Toots” was well known and well-loved in Jamaica and often performed on the island.

Somehow, I thought u'd pull through, Toots. Maybe it's that energy, those big notes you belted out, the infectious music u continued to give us. What a firebrand u were for #jamaican music. Hell, you just gave us #RiseUpJamaica plus a new album! Man, the artistry!? #SIP #Toots pic.twitter.com/c17O078hOm

The musician had been working hard in the weeks before his passing, having recently participated in the Independence holiday's Jamaica Festival Song Competition, released a new album, and performed at an online gala in early August:

Farewell to our beloved #TootsHibbert. Here he was at our Independence Gala where he received the Jamaica Reggae Icon Award. Gratitude for the joy. #RIP ?????? pic.twitter.com/fDqDibnqsf

Although Buju Banton was this year's winner, cultural historian Wayne Chen pointed out that “Toots” was the very first winner of Jamaica’s Festival in 1966. His winning song — with a title that became a common Jamaican saying, explained here by Damian Marley — became embedded in the Jamaican cultural landscape:

The original energy God who always delivered a high energy set. He was something special, not only in how he approached his craft but how he lived. Really wish you could have given us the beat one more time…#icon #legend #TootsHibbert #TootsandtheMaytals #Reggae #RIP

The Great Toots, I will miss you, your smile, shades always on ? your laugh…but mostly I’ll miss seeing you perform….you ignited any stage you stepped on & I had the joy of witnessing your talent. Thank you for sharing your gifts! May your music forever live!!! https://t.co/OILEUDOAmQ

It is truly a sad day Toots is gone! Our hearts are broken. Love you Toots. ?#RiseUpJamaicans pic.twitter.com/8B0bZCBLXu

Prime Minister Andrew Holness, meanwhile, noted that for decades, the singer had been the embodiment of Jamaican culture abroad, proudly representing the country:

Over the years, Toots has added significant value to #BrandJamaica and many of us will remember him as one of Jamaica’s best musical talents.

Toots and the Maytals, which was named after May Pen, the town where “Toots” was born, became enshrined in Jamaican iconography through their appearance in director Perry Henzell's 1972 cult movie “The Harder They Come,” which starred Jamaican singer Jimmy Cliff.

So synonymous was “Toots” with this indigenous music genre that he's often credited with inventing the word “reggae” back in the 1960s — all part of a complicated story that US-based writer Ben Zimmer attempted to unravel in a long Twitter thread:

RIP, Toots Hibbert, originator of the term “reggae.” The Maytals’ 1968 song “Do the Reggay” is credited in the @OED with the first known use, originally referring to a kind of dance. Toots, when asked later, said it came from a Jamaican word “streggae” meaning “raggedy.” 1/ pic.twitter.com/V89vuwogxP

Whatever the origin of the term, there is no doubt that Toots embraced several musical styles, including ska, which became enormously popular in the UK. He also had a remarkably soulful, gravelly voice:

Toots was probably the funkiest Jamaican vocalist ever.
He was really a soul funk singer as much as he was a reggae one.
Irreplaceable really.

The Legendary Toots Hibbert has passed i spoke w/him a few wks ago told him how much i loved him we laughed & shared our mutual respect. He was a father figure to me his spirit is w/us his music fills us w/his energy i will never forget him RIP MIGHTY & POWERFUL NYAH FYAH BALL ? pic.twitter.com/zIofrbYZU0

Toots & The Maytals – Funky Kingston https://t.co/iRNOtswHKN via @YouTube So sorry to hear of Toots Hibbert’s death. His music was a constant in our house growing up via Tighten up albums. His voice was powerful and adaptable to funk, soul, country, AND reggae. Rest in power…

Very saddened to hear of the passing of Toots Hibbert

Speaking about his friend Island’s founder Chris Blackwell once said “I've known Toots longer than anybody… Toots is one of the purest human beings I've met in my life, pure almost to a fault.” pic.twitter.com/kgq7if7vQg

Commenting on the singer’s determinedly upbeat musical stance,
the BBC's obituary of Toots quoted a 2012 interview in which he described his music as “a message of consolation; a message of salvation:”

Toots’ intensely optimistic music, which lifted the spirits of millions worldwide and in Jamaica, seems all the more poignant  — and arguably more needed than ever — as the island of his birth struggles with the COVID-19 pandemic.