What are the government’s plans to make life easier? 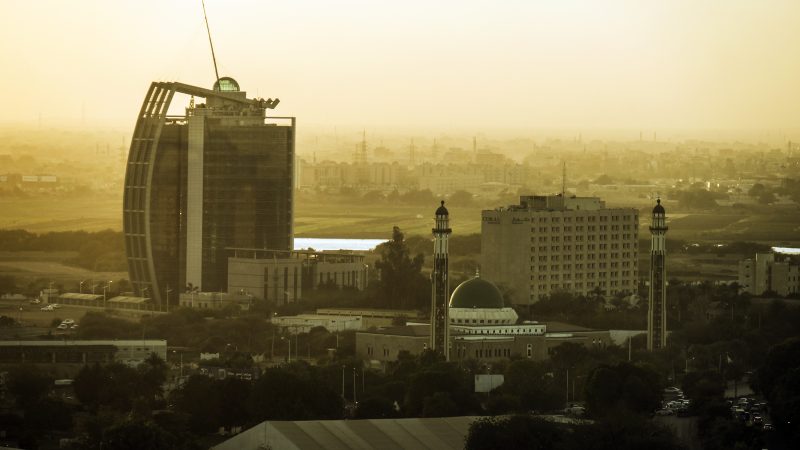 Khartoum, Sudan. Photo via Flickr by Christopher Michel under CC BY 2.0.

In the aftermath of the Sudanese revolution, transitional authorities of Sudan have signed a peace agreement with The Sudan Revolutionary Front — the main rebel group still active after former leader Omar al-Bashir was deposed last year.

The historic peace agreement, signed on August 31, in the city of Juba, South Sudan, found regional and international support from Troika countries, the European Union, Egypt and several Gulf countries.

But this exciting moment is also overshadowed by a period of historic flooding that has devastated parts of Sudan, causing a downward spiral in an already stressed economy.

Today we give back, we return home. The video at the moment the Sudan Liberation Movement/Army (SLMA) led by Minawi announced a ceasefire in support of the December 16, 2019, revolution movement.

Yesterday's signing will put Sudan in a new momentum, on the parties, the Sudanese people, parties and civil society, in cooperation with friends and the regional neighbourhood. We must create a solid platform for a new history for our country.

The agreement guaranteed autonomy for rebel groups in their controlled areas under the supervision of the federal government. It will guarantee one-third of parliament chairs for people from rebel areas in order to reflect their needs and issues. The agreement will guarantee justice and equality for those who were persecuted by the former regime, often for being non-Muslim and non-Arab.

Despite this exciting moment, two main rebel groups did not sign the agreement: The SLMA), led by Abdul Wahid al-Nur, and Sudan People’s Liberation Movement-North (SPLM-N), led by Abdelaziz al-Hilu, both refrained due to lingering questions about the mechanisms for integrating armies and the country identity.

Three days after the peace signing, Sudan PM Abdalla Hamdok traveled to Addis Ababa, Ethiopia, to meet with al-Hilu to discuss points of contention, according to Sudan Tribune.

Prime Minister Abdallah Hamdok on Wednesday held a secret meeting with Abdel Aziz al-Hilu in an effort to break the deadlock in the peace talks mediated by the South Sudanese government.https://t.co/IrNxxW9a0M pic.twitter.com/VgtyDZxfv3

The meeting resulted in the signing of a joint agreement of memorandum reinforcing the principles of the peace talks in Juba.

Sudan social media buzzed with a circulated copy of the agreement in English, with a particular focus on Article 3 on the subject of religion and state:

A democratic state must be established in Sudan. For Sudan to become a democratic country where the rights of all citizens are enshrined, the constitution should be based on the principle of ‘separation of religion and state’ in the absence of which the right to self-determination must be respected. Freedom of belief and worship and religious practice shall be guaranteed in full to all Sudanese citizens. The state shall not establish an official religion. No citizen shall be discriminated against based on their religion.

Sudanese people split into two camps on the matter: The first sees the separation of religion and state as a guarantee of fundamental human rights; the second says the transitional government does not have the right to decide this without authorization from citizens via democratic elections.

Following the meeting, the prime minister’s Twitter account published an Arabic version of the agreement that differed from the English one, addressed as a joint press release. While the English document emphasized the separation of religion from the state as an inevitability, the Arabic document only recommended “discussion” of the controversial issue.

The differences between the two documents raise questions about the future of this agreement.

While peace has brought happy news to Sudan, the Nile River continues to flood, ushering in an unprecedented humanitarian disaster.

According to a Sudanese National Council for Civil Defense report on September 8, total losses due to the Nile flood amounted to 103 deaths, 50 injuries, 5,482 deaths of livestock, 27,341 complete house collapses, 42,210 cases of partial house collapse, damage to 179 government and private facilities, loss of 359 shops and stores and damage to 4,208 agricultural acres.

YouStorm on Twitter showed a video comparing the Nile Basin from July 16 and August 16:

Floods on the Nile in Sudan ?? 16 July comparison with 30 August #Sentinel2 ?️ north of Khartoum. Made with #EOBrowser @sentinel_hub #Sudanfloods pic.twitter.com/l8LRNBFY9m

The levels of the Blue Nile this night witnessed a great rise accompanied by heavy rain, which led to the breaking of the covers and shields, ‘a simple dam built by sacks of the soil,’ of the city of Singa and Umm Benin areas, and the water began to flood the city and its homes, as well as the neighbourhoods of Umm Benin. Therefore, we launch a directive to all official bodies and an appeal to all civil authorities and organizations to come to the rescue of the citizens as soon as possible, and to provide shelter, medicines and food.

The situation is catastrophic:

Sinnar state | Singa city The situation is catastrophic after the rain broke out the city's water shield, which allowed the waters of the Blue Nile to enter the city.

Sudanese youth from Tuti Island have built a shield to prevent floodwaters from reaching the island’s interior. It was a heroic scene, described by Hassan Shaggag:

Sudanese citizens lack basic necessities like bread, gas, medicine and electricity — with power outages up to six hours a day. The Sudanese pound’s inflation rate has exceeded 202 percent, according to Professor Steve Hanke. Yet, transitional authorities have not been able to gain control over the market.

Now that there’s again the promise of peace, what are the government’s plans to make life easier for citizens?