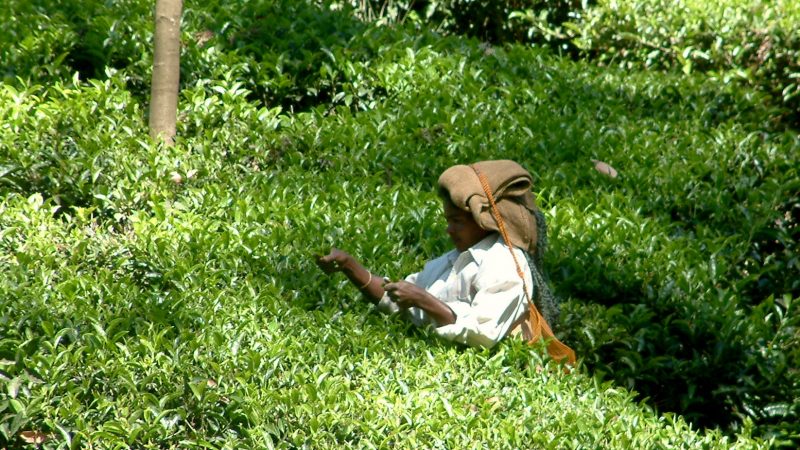 India, the fifth largest economy in the world, has suffered immensely during the ongoing COVID-19 pandemic. The unemployment rate increased to 24 percent in May, leaving day labourers — like those who tend the country's tea plantations — facing poverty and hunger due to the scarcity of work and the lack of government assistance.

By April, many of them went back to work despite the country's COVID-19 restrictions, even though there were not enough healthcare or safety measures in place for their protection.

India is one of the world's largest tea producers. Two regions in particular, Assam and West Bengal, together produce over 70 percent of the country's tea. The industry is the second largest provider of formal sector employment in India, providing jobs for more than a million families on tea estates. A startling 70 percent of these workers are women, who are paid very low wages and made to work in appalling conditions.

As a result, the majority of them lead a life without dignity — a plight depicted in the #TruthAboutTea campaign series on YouTube by the non-profit Oxfam India. Even before the pandemic, the series claims, they had been living in unsanitary conditions, barely surviving on dirt-cheap wages with little or no access to healthcare and education systems:

According to the video, on average, a plantation worker walks 16 kilometres and carries 24 kilograms of tea leaves every day, only to earn a daily wage of about 150 Indian rupees (INR) daily. That's the equivalent of two United States dollars (USD), after 13 hours of work. Only 87 percent of workers receive the maximum salary of INR 4,500 (US $61) per month.

Some labourers work barefoot and only a small percentage of them are provided with protective gear like gloves, masks and boots. Women are sometimes forced to return to work mere days after giving birth and there are not enough well functioning creche facilities for babies. There are also lack of toilets on the tea plantations, and many labourers do not have one at home either.

The human cost of tea production in India is high; deprived of basic rights, workers and their families say they feel like slaves to the tea garden owners.

As India entered the first phase of its COVID-19 lockdown on March 25, many tea plantations ceased operation. By April 4, however, the Indian Tea Association had written to the state government asking for the “resumption of normal operations in tea gardens while adhering to the prescribed safety and social distancing guidelines”.

Concerned about the economic effects, journalist Pratim Ranjan Bose questioned the lockdown measures, but also noted the “stigma on the plantation sector with respect to sanitation, health and hygiene issues among labourers”.

Nevertheless, state administrations permitted some plantations to resume operations as early as April 10. By the time the third phase of the lockdown arrived (May 4-17), tea plantations were allowed to operate normally, even though the healthcare facilities supporting them were ill-equipped to manage COVID-19 patients.

Trade unions in North India's tea gardens soon began filing police complaints over lockdown violations, but at that time people were more concerned about the economy than about the wellbeing of tea workers.

Harihar Nagbansi, a community correspondent from VideoVolunteers whose family works and lives on the Bhatkawa tea estate in West Bengal, reported:

While the whole country is under lockdown to combat coronavirus, work continues as is in the tea estates of [the] Alipurduar district of West Bengal. These estates are in such far off areas that information regarding the virus has not reached everyone and they are willing to work without any protective [gear]. Quite obviously, the tea garden owners also don’t care what this pandemic will do to these workers.

As at the time of publication, COVID-19 cases in India have surpassed four million — nearly 0.3% of its total population.

In West Bengal, there are around 174,659 cases, with 3452 deaths; Assam has approximately 121,224 cases, with 345 deaths — but there is no available information on how many tea plantation workers have contracted COVID-19 to date.

According to a report coming out of an initiative jointly undertaken by the United Nations Children's Fund (UNICEF) and the Indian Tea Association (ITA), plantation workers in these two regions had successfully managed to keep COVID-19 out of the tea gardens until the third week of May. The initiative involved enrolling the workers into mandatory hygiene programmes in order to improve their standards of sanitation.

In another video report, this time from the Madhu Tea Garden in North Bengal, Nagbansi said the tea plantation workers are not being provided with the minimum 100 days of work stipulated in the Mahatma Gandhi National Rural Employment Guarantee Act (MGNREGA).

With life made even more difficult because of the COVID-19 restrictions, the workers organised a protest on June 29, demanding to be provided with 200 days of work and an increase in payment to INR 600 (US $8) per day:

However, Indian tea plantation workers have been protesting against low wages for the past few years without any success.

‘A cup full of woes’

A February 2019 research study titled ‘A cup full of woes’, in which Subhashri Sarkar and Reji Bhuvanendran examine the pay scale of tea labourers, revealed that the Indian tea industry is in crisis.

Stiff competition, increases in the cost of production, and the closing down of several tea plantations due to a decrease in demand has resulted in huge losses that hamper the industry's sustainability.

Compounding the issue of unfair wages is a myriad of factors, including a lack of interest from management, failure to implement state laws and the absence of effective monitoring by the central government.

In the meantime, COVID-19 rates continue to climb.